THE ORIGIN of Italian cuisine can be traced to the times of ancient Rome and Greece. It is one of the best known and most popular cuisines in the world, including in Slovakia. 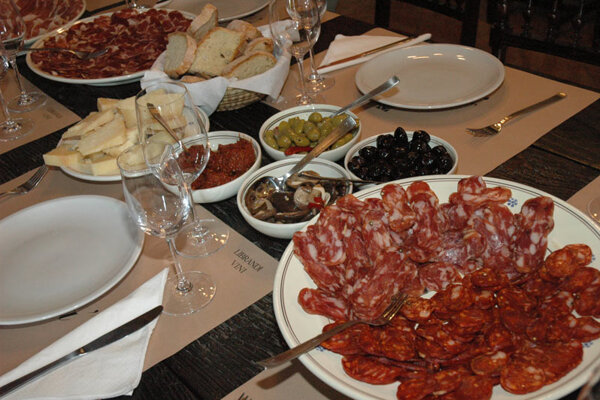 THE ORIGIN of Italian cuisine can be traced to the times of ancient Rome and Greece. It is one of the best known and most popular cuisines in the world, including in Slovakia.

However, along with the popularity comes a lot of imitators who call their restaurants Italian without the ingredients, spices and preparations that truly define the cuisine.

So, in 2006, authentic Italian restaurants in Slovakia established the Associazione Italiana Ristoratori in Slovacchia (AIRS). It promotes Italian food, ingredients, recipes, delicacies from individual regions, and encourages professional exchange between the restaurants, according to Profit magazine.

“The association was established in order to protect authenticity,” said Árpád Domonkos, manager of Ristorante Italiano, an AIRS member in Bratislava.

He added that Italian cuisine is very trendy in Slovakia, so Italian pizzerias and restaurants are opening on every street corner. However, they often have nothing or very little in common with Italian food, he said.

“They use ingredients that have nothing to do with Italy,” he told The Slovak Spectator. “For example, they use Slovak niva [blue cheese] instead of Italian gorgonzola. Or they replace Italian parmesan with parmesan produced in the Czech Republic, because it is cheaper.”

Restaurants that want to become a member of the association must fulfil several conditions, Profit magazine wrote.

At least 80 percent of the ingredients used and at least 60 percent of wines offered must be of Italian origin and of high quality. The food must be prepared by an Italian cook and the restaurant owner or a co-owner must be Italian as well.

Domonkos said there are suppliers, even Slovak ones, which import Italian food and ingredients such as pasta, tomato products, cheese, and meat products.

The association currently has eight members: five in Bratislava, one in Dunajská Lužná, one in Michalovce, and one in Nitra.

Domonkos said Italian cuisine is healthy, as it uses a lot of vegetable and olive oil, and is still gaining popularity in Slovakia.

Pizza is probably the most popular and well known dish, he said, but more and more people are ordering pasta.

Slovaks also like to cook Italian food at home, but they still make mistakes in preparing it, he said.

“The most basic mistake is that they don’t pay attention to using Italian ingredients because it is easier or cheaper to use something else,” Domonkos said. “To cook pasta al dente isn’t easy. They either overcook it or the opposite, and the pasta ends up too hard.”

Some Italian dishes, such as polenta, are almost exact copies of meals prepared for Roman soldiers about 2,000 years ago, according to the BBC website. Later, Marco Polo, as well as other Italian travellers and European explorers, made journeys to the Far East and America and brought back new spices and exotic foods.

For example, pasta appears to be a wheat version of the rice noodles found across Asia, the BBC wrote.