THE 158-YEAR-OLD global investment bank Lehman Brothers has filed for bankruptcy. After astronomical losses, Merrill Lynch has agreed to sell itself to Bank of America. And international insurance colossus AIG is on its knees, using an $85 billion lifeline from the US government to get back on its feet. All these developments have left the world wondering how far-reaching the current financial crisis is. 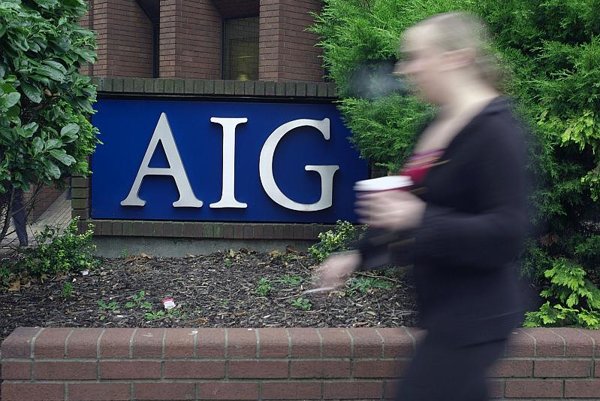 AIG's problems have not crossed the ocean yet. (Source: SITA)
Font size:A-|A+

THE 158-YEAR-OLD global investment bank Lehman Brothers has filed for bankruptcy. After astronomical losses, Merrill Lynch has agreed to sell itself to Bank of America. And international insurance colossus AIG is on its knees, using an $85 billion lifeline from the US government to get back on its feet. All these developments have left the world wondering how far-reaching the current financial crisis is.

Though AIG’s Slovak daughter company Amslico AIG Life insures several hundreds of thousands of clients, the gloomy news from across the ocean has not yet rippled into the peaceful waters of the Central European region.

Slovakia’s finance minister, the central bank and the insurer assured the public that the crisis has not crossed the ocean and that the turmoil in AIG is unlikely to affect Slovak clients.

“The insurer is an independent licensed body which is overseen by the National Bank of Slovakia and as such is obliged to observe all the conditions of cautious business defined by the country’s legislation,” Kováčová said.

Amslico clients’ deposits are covered by the insurer’s technical reserves, which means that the insurance house is able if needed to pay out the clients’ funds, Kováčová added.

Meanwhile, Amslico also declared that the crisis will not impact its ability to meet its obligations towards its clients in Slovakia and would not affect its daughter company, AIG Funds Central Europe, or other daughter companies around the world, since they all have their business independent from the AIG holding company.

“Slovak clients are in a direct insurance relation with Amslico, so the crisis on the US financial markets does not concern them,” reads an official Amslico release.

The company also reports it’s meeting all the solvency requirements in line with Slovak law. Amslico has also referred to reports by independent auditors, as well as reports it has been submitting to the central bank or the Slovak Association of Insurers, to prove its sturdiness.

“Economically, the crisis has affected neither Slovakia nor Amslico’s clients yet,” Páleník told The Slovak Spectator.

Potentially, problems could have emerged if the mother company had artificially channeled funds out of its profitable subsidiaries to save itself, Páleník told The Slovak Spectator. However, the company’s crisis emerged too fast for this scenario to take place, he added.

What economists on both sides of the ocean can agree on is that the fall of the financial giants shows that the crisis is deeper than it had seemed.

“Though a while ago there were assumptions that the crisis was weakening, the fall of these huge institutions shows that the crisis not only has not been overcome, but continues deepening,” Páleník said. “The collapse also suggests that the crisis is not only deeper than had been expected, but that it also is likely to linger much longer.”

As for the impact of the sub-prime crisis on the US economy, Páleník said that forecasts predict a slowdown.

According to the consensus forecast, which is prepared on the basis of prognoses from all the relevant economic institutions, a year ago, before the crisis emerged, in their prognosis for 2008, economists expected the US economy to grow by about 2.9 percent. But by June 2008, the expected growth had fallen to 1.4 percent, which is a 1.5 percentage point drop from a year before the crises, Páleník said.

“Therefore, the assumption is that economic growth has slowed by 1.5 percentage points,” Páleník said. “It is a slowdown, but I would not talk of depression yet.”

The US market is watching the presidential elections to see whether a change in political representation results in a change in the government’s economic policies, mainly in the area of credit and the national debt, Páleník said.

As for the US government’s efforts to save the insurer, Páleník said it was sensible that the government has been taking action in a way that differentiates between those insurers with direct contractual contacts with the public and financial institutions that do not have that.

For Slovak market watchers the most important question remains how the developments could affect the economy of the European Union and the central and eastern European regions.

Western Europe, meaning the older European Union members and Switzerland, which had estimated economic growth of 2.4 percent in 2008, are now predicting 1.8 percent growth, which is a 0.6 percentage point change in their predictions, Páleník said.

“This shows that the crisis is expected to resonate with a milder impact,” he said.

As far as Central Europe is concerned, the expectations of economic growth when compared before and after the crises have not changed.

In the case of Slovakia, last year, its economy was expected to grow at 7.1 percent and now the predictions stand at 7.6 percent, which is by 0.5 percentage points more. The mortgage crisis thus has not yet had any serious impact on the Slovak market, where the growth is affected by other influences, Páleník said.

Meanwhile, Finance Minister Ján Počiatek is confident that the Slovak economy is safe and sound and has said that he does not intend to change plans and forecasts.

“We do not plan to re-evaluate the prognosis of the economic growth, nor reduce the estimated tax revenue,” Počiatek said, as quoted by the Sme daily. “Our prognoses take into account eventual problems that might emerge in the world economy.”

What could happen though, according to Páleník, is that the revenues from mutual funds in the second pillar of the pension saving system, as well as the commercial mutual funds that have been invested in the mutual fund market including the United States, might drop.

However, there are no objective reasons for the Slovak public to panic, Páleník said.

He also added that the Slovak public is quite conservative and he does not expect any extensive outflow of clients.