New airport terminal appears on the horizon, at last

BRATISLAVA’s international airport is now one step closer to implementing its ambitious plans to grow into a transport hub able to handle 5 million passengers a year. 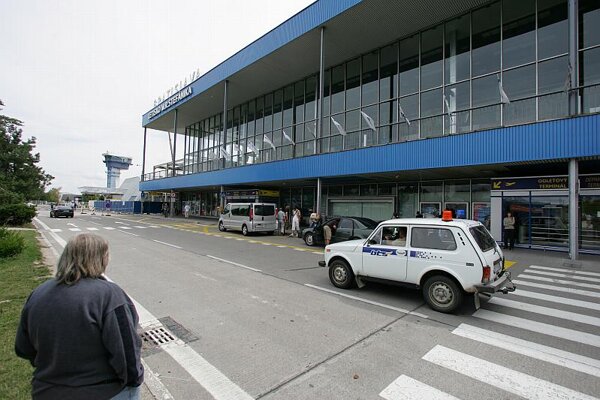 BRATISLAVA’s international airport is now one step closer to implementing its ambitious plans to grow into a transport hub able to handle 5 million passengers a year.

A mega-tender for construction of a new passenger terminal and reconstruction of the existing terminal - at an estimated price of Sk2.8 billion (€92.94 million)- is now underway.

The development of Bratislava’s M.R. Štefánik airport has been among Slovakia’s most-debated transport issues, with critics scolding the government of Robert Fico for terminating the privatisation of Slovakia’s main airport gateway back in 2006.

Transport professionals, who say that the airport sorely needs development, welcomed the tender but also said that it should have come much sooner.

M. R. Štefánik Airport published its public tender notice in the Official Journal of the European Union on September 26.

Potential bidders can now request the tender information package by October 6 and submit their bids by October 30, with the tender commission due to open the envelopes on October 31, said Dana Madunická, a spokeswoman for the airport.

“The main criterion for evaluating the tender will be the best possible price,” Madunická told The Slovak Spectator.

As for other criteria, the bidder’s shareholder equity must be at least Sk1 billion (€33.19 million), with an annual turnover of at least Sk3.5 billion (€116.18 million). The overall insurance cover for the work, technological equipment, material and contractor documentation should be at least Sk500 million (€16.60 million), while liability insurance for damages caused to any parties and sub-contractors in relation to the implementation and completion of the work - including replacement of all defects - must be a minimum of Sk100 million (€3.32 million), according to the SITA newswire.

In association with financing the terminal construction plans, the airport has in the past held talks with the European Investment Bank and some of the commercial banks operating in Slovakia. From these banks the airport has gained some preliminary ‘indicative’ offers for financing, Madunická told The Slovak Spectator.

The airport intends to hold a tender in 2010 to select providers of the loans to fund construction of the new terminal, with the airport planning to take on debt of up to Sk800 million with a 10-15 year maturity, Madunická added.

The development project is divided into three stages, the first of which began with the opening of the construction site on September 18, 2008. This so-called zero stage includes preparations for the construction, traffic solutions and the repositioning of floodlights and other infrastructure, said Madunická.
Actual construction of the new terminal and rebuilding of the old one will start in January 2009; it will be divided into two stages and should be wrapped up by 2012. In the first phase, a new departure terminal will be built, to be completed in May 2010. Then, the current departure terminal will be rebuilt, producing an airport complex with an annual capacity of 5 million passengers, Madunická said.

“The construction will be carried out with the airport in full operation,” she added.

The airport’s current capacity is 2.6 million passengers a year. The number of passengers between January and August 2008 showed a 17 percent increase year-on-year. While the airport was used by 1,363,078 passengers during the first eight months of last year, this year 1,591,832 passengers passed through it during the same period, according to data provided by the airport.

“We expect to reach the two-million mark this year about two months earlier than in 2007,” Madunická told The Slovak Spectator. “We think that between 2.3 and 2.4 million people could pass through the airport this year.”

The opposition Slovak Democratic and Christian Union (SDKÚ) lashed out earlier this year at the government for what it called inaction over the airport’s development, since halting its takeover by the TwoOne consortium - made up of Vienna airport, Slovak private equity firm Penta and Austria's Raiffeisen Zentralbank AG back in 2006.

The Transport Ministry rejected the charge, saying that the airport had been reconstructed in 2007 to comply with criteria for Slovakia joining the Schengen zone.

However, professionals agree that the airport hungers for both development and stability.

Antonín Kazda, the head of the Air Transport Department at the University of Žilina, said that the most important steps for the healthy development of the airport are: the stabilisation of its management; prompt elaboration of a long-term master plan for the airport; a clear business vision and a long-term business plan; and the elimination of political influence over the professional management of the company.

According to Kazda, the cancellation of privatisation plans has had a negative impact on the development of the airport.

“The financing of the development of the airport has not been solved yet and if it is, it will not be secured to the level that the privatisation agreement had guaranteed,” Kazda told The Slovak Spectator.

Regarding the timing of the tender, Kazda said that the terminal should have been built already, and it seems logical to him that the opening of the terminal, planned for 2010, just before the parliamentary elections, has some political motivation.

As for the proximity of a large international airport in Vienna, close to Bratislava’s own airport, Kazda said that though Vienna Airport has an impact, with well-considered business plans Bratislava too could gain a stronger position in the joint market.

“Bratislava has a number of advantages when compared to Vienna, which so far have been barely used, or not at all,” Kazda said. “These are mainly the unused runway capacity for peak traffic, lower costs, etc. Vienna will shortly open a new terminal – Skylink - but it has and will have problems with runway capacity.”

Another very important element of civilian aviation at Bratislava is the Air Traffic Services company, Kazda added. He said it is a stable and well-managed unit which meets the toughest criteria and compares well with similar operations in Western Europe.

Earlier this year, Transport Minister Ľubomír Vážny, at the request of Prime Minister Robert Fico, recalled Karol Biermann from his post as head of the board of directors of M R Štefánik Airport and appointed Zdeněk Schraml to the position.