Mixed feelings on returning to Slovakia

The only drawback to traveling, to long summer holidays, is that you eventually have to go home again. Home to beloved hearth and family, yes, but home also to the daily disputes, stresses, and discontents that make travel so necessary an escape in the first place. 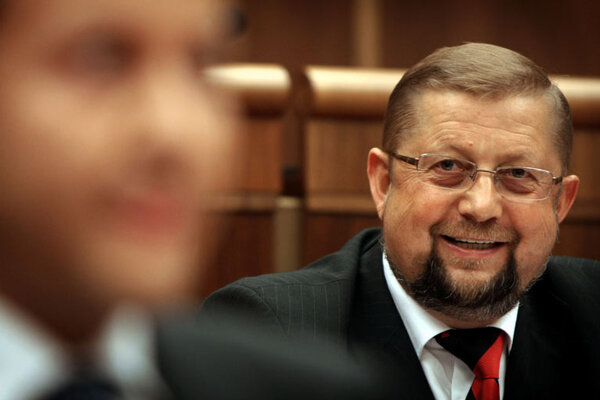 The only drawback to traveling, to long summer holidays, is that you eventually have to go home again. Home to beloved hearth and family, yes, but home also to the daily disputes, stresses, and discontents that make travel so necessary an escape in the first place.

Until recently I thought I was alone in finding it difficult to go back to Slovakia after a trip. That it was something a foreigner should keep to himself to avoid causing offence. But recently I’ve heard Slovaks saying the same thing, and I’ve come to realize that reluctance to return to this country is another expression of the despair that decent people feel about the growing vulgarity in public life.

There are many things that might strike your eye about Slovakia after a holiday abroad. The lushness of the countryside, the ubiquity of the construction, the condition of the roads (some resembling a cart track in Costa Rica, others better than anything Canada has to offer). Everywhere you look, there are signs both of the four decades that the country spent in political, economic and spiritual limbo, and of the hectic progress that has occurred since then.

But what is so disheartening is the way people behave to each other here. Fine, the British may be cold and stuffy, but it is a relief while on holiday there not to have to deal with the kind of aggression and arrogance that especially young male drivers display in Slovakia. True, Canadians and Americans can be superficial towards strangers with their meaningless smiles and “how are you?” greetings, but isn’t that preferable to the dour and gruff responses you get from strangers in Bratislava? And yes, hysterical moral “standards” in the West have made it difficult to say anything about race, sex or religion without offending somebody, but are we really better off when the Justice Minister and his political master can make hideous anti-Semitic remarks in parliament without any of their colleagues objecting?

Where does it all come from? And why is it taking so long to expunge from public life? It would be insulting and untrue to suggest that Slovaks are by their nature less civilized or less cultured than other nations. But it cannot be denied that Slovak politics remains a sewer of corruption, self-interest and vulgarity, and that even 10 years after what were seen as game-changing elections in 1998, we’re being treated to more of the same dreary shenanigans and primitive utterances. Only a self-confident society with deeply rooted mores could survive such “leadership” without becoming contaminated; and Slovakia is young, and still recovering from the cancer of Communism.

A female friend recently related an incident on a Bratislava street in which she asked a young man parked behind her to back up so she could leave. His response – “you bitch, you should be holding a prick and not a steering wheel!” – left her with a sick feeling about being back in Slovakia, and once again considering emigrating. Most of us have such stories to tell, and eventually come to our own terms with street-level vulgarity. But the variety on display in parliament recently – Justice Minister Štefan Harabin’s flip comments about Nazis and Goebbels, and former PM Vladimír Mečiar’s taunting about former Justice Minister Daniel Lipšic’s Jewish ancestry – must be confronted collectively, not as individuals.

If we ask around, we may find that many of our neighbors, friends and relatives are heartily sick of the primitive behavior that is becoming the norm in Slovakia. Whether this trend can be reversed is another matter altogether, but it is important first to draw attention to it, and to establish a common understanding that it is neither acceptable nor the norm in those parts of the world to which Slovakia aspires to belong. If we can’t at least recruit widespread acknowledgement of the crisis in public conduct, then like the frog who doesn’t notice he is being cooked in gradually heated water, soon only those with the money and good fortune to afford long stays abroad will notice that something ugly and dangerous has taken root in their gardens back home.