More than €3 bln. to be invested in generating power 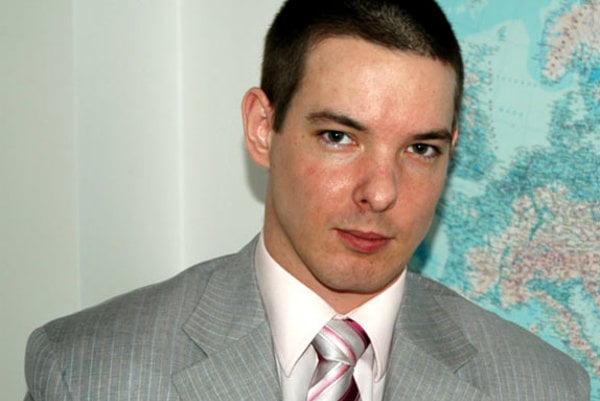 In 2006, Slovakia produced over 31.2 terawatt-hours of electricity per year. With the decommissioning of the Bohunice V-1 nuclear power plant (NPP), annual power generation will decrease by some 5 to 6 terawatt-hours in 2009. After the strategic investor Enel Group acquired a 66-percent share in Slovenské elektrárne in 2006, the company intensified its search for the safest, most reliable and most efficient way to fill the gap. With the power upgrade of the Mochovce I & II NPPs and the Bohunice V-2 NPP (Bohunice III & IV), Slovenské elektrárne aims to partially fill the gap until the new units III and IV at the Mochovce NPP are phased into the grid in 2013. These activities are part of the company's Strategic Investment Plan, which amounts to over €3 billion (over SKK 100 billion) by the year 2013. Juraj Kopřiva, spokesman of the company, explains how it intends to improve its historical record and strengthen its position as key power utility in Central Europe

What has changed in the company after Enel became its strategic shareholder?

The company is slimmer and more effective today. In the process, we utilised the company’s policies so that business can operate safely, reliably, and effectively and can be competitive – these are the elements of the company’s vision.

Two years ago, for example, we had 200 managerial positions in central functions. Today, the number is half that. The company suffered from over-employment at its headquarters as well as regional plants. When Enel entered the company as the new strategic shareholder, more than seven thousand people were employed in the company in total. At the end of last year there were 5,670 employees. In terms of process improvement, Slovenské elektrárne started the so-called Zenith projects, which include SAP, QUASAR and Design to Cost, and other projects. They focus on cost reduction, streamlining processes and output improvement, on permanent monitoring and benchmarking of all safety, output and efficiency indicators, while implementing bottom-up management processes, i.e., from the employee level towards the management, and the other way around.

By 2013, Slovenské elektrárne is planning capital expenditures of more than SKK 110 billion, or over €3 billion. What are the main investment projects?

We want to focus in particular on the development of the nuclear power industry, because nuclear power plants generate as much as 65 percent of our company’s electricity . The biggest investment will be the completion of Mochovce Units 3 and 4, which will return self-sufficiency in electricity generation to Slovakia in 2012 or 2013.

We already working on increasing the output and modernising the existing nuclear units in Mochovce and Bohunice. In June 2008, we started increasing the installed output at Mochovce to 107 percent. The output of one reactor unit thus increased from 440 to 470 MegaWatts. Similiarly, an increase of up to 500 MW will take place at Bohunice units III & IV in 2009. Moreover, in compliance with the 3C initiative (Combating Climate Change), which Enel CEO Fulvio Conti presented to European Commission President José M. Barroso at the beginning of 2007, power plant output will be increased by seven percent, adding more megawatts to the company’s and Slovakia’s energy portfolio without creating a bigger burden on the environment. Nuclear energy is emission-free technology when concerning the CO2, SO2 and NOx-emissions and solid pollutants.

However, we also have investments in our two thermal plants in Vojany and Nováky, where we also play an important social role, and renewable resources projects in progress, like four small hydropower plants on the Hron and Váh Rivers, or perspective co-generation geothermal resources in Eastern Slovakia. The implementation also depends on the conditions of regulation of purchase prices from renewable resources. We see some possibilities in biomass. For example, we have already tested coal combustion with wood chips at the Vojany thermal power plant. In Vojany, we are also evaluating a new combined gas cycle power generating unit.

How can the company guarantee to deliver the scheduled projects?

We need to generate sufficient cash flow. This is the effectiveness that we refer to in our Company Visions. The chosen strategy was proven to be right as early as the first two years after Enel’s arrival. In 2005, Slovenské elektrárne reported a loss of SKK 10.875 billion. In 2006, it had a profit of SKK 1.443 billion, with total revenues of SKK 65.696 billion. In 2007, despite decreasing revenues due to the decommissioning of Unit I at the Bohunice NPP, the company improved its operational effectiveness and commercial strategy, and eliminated unnecessary or ineffective processes within the company. The duration of scheduled maintenance overhauls and unplanned outages of nuclear plants has been curtailed, the process of procurement has been optimised, and the number of external consultants has dropped, as has the volume of waste produced per megawatt-hour. In 2007, the result was a net profit of over 3.6 billion, growing by 150% on a year-on-year basis, and earnings before interest, income tax, depreciation and amortization (EBITDA) increased to SKK 20.1 billion, or by 11% on a year-on-year basis. The increase in EBITDA – net of extraordinary income and costs occurred in 2006 (gain on disposal of business unit around SKK 11.8 billion and costs for the change in estimation for nuclear provision SKK 7.1 billion) versus the previous year was around +51%.

The significant improvement in Slovenské elektrárne’s financial performance was driven by implementing efficiency and enhancing projects affecting both the energy margin and fixed costs (decrease of SKK 5.3 billion vs. 2006 in repairs and maintenance, raw materials and consumables and other operating costs). These projects focused on, first, decreasing the number of days of planned and unplanned nuclear outages, reduction of radioactive waste production; and, second, rationalising the operation and maintenance costs and streamlining organisational structure. Again, Slovenské elektrárne, a.s. achieved all these improvements despite the shut down of the first unit of the Bohunice NPP. Another important result achieved in 2007 was related to the reduction of net debt, down to SKK 16.9 billion (-40% vs. 2006) due to a strong operating cash flow performance. Until the end of June 2008, net debt was further decreased to less than SKK 8 billion! This allows us to be able to finance our scheduled investments.

In order to achieve its target, the company has to develop new power generation capacities, further increase its efficiency, and modernise its facilities so that the power system can rely on every part of the energy mix – nuclear, heat, hydro and renewable resources.

The biggest investment in your portfolio is the completion of the third and fourth unit at the Mochovce NPP. Why did Slovenske elektrárne decide to complete this project?

The final decision on this completion has long been awaited. The issue of completing these two blocks, which mean long-term energy security for Slovakia, was re-considered only after the strategic investor joined Slovenské elektrárne. According to the cost study completed by Slovenské elektrárne and Enel, the completion of the third and fourth units of the Mochovce NPP represents the safest, most reliable and most profitable economic alternative for securing the power needed for Slovakia’s future energy consumption.

Putting the third and fourth blocks into operation is in line with the expected economic growth of Slovakia, and growing demand for power supplies, in compliance with the general economic interests of the Slovak Republic. It will contribute to the overall development of the Nitra region through higher employment and the purchasing power of its residents. From the broad national point of view, it will be a development impetus for the Slovak economy for production and power supplies, and for tax levies to the public budget. The completion is also an active contribution from Slovenské elektrárne and the Slovak Republic to the obligations under the Kyoto Protocol – decreasing the average volume of greenhouse gas emissions per one Megawatt of power produced in Slovakia.

Mochovce III & IV is an ideal substitute for the decommissioned V-1 NPP in Bohunice (final shutdown expected by the end of 2008), which will return Slovakia to self-sufficiency and long-term independence from power imports. Moreover, compared to other alternative energy solutions, this self-sufficiency is based on the principle of competitiveness and economic effectiveness. The completion of Mochovce will create 3,500 jobs at the peak of construction in the power plant area, and further hundreds of jobs for specialised staff after its operation starts.

Slovenské elektrárne’s experience in operating the VVER pressurised water reactors in Bohunice and Mochovce represent 110 reactor-years. From the point of view of maintaining nuclear know-how, the completion of the third and the fourth units will use the existing experience from the construction of Mochovce’s first two units. The completion of Mochovce III & IV will implement local companies’ knowledge of and open up opportunities for Slovenské elektrárne, its contractors and sub-contractors to expand into foreign markets. The Enel Group has had an exclusive position in this field, as it was the first foreign private company to sign a cooperation agreement with the Russian nuclear agency Ros-Atom. Moreover, the Spanish company Endesa, which also operates nuclear power plants, has joined the Enel Group.