MORE effective use of EU funds, loans for small and medium-sized businesses, support for applied research and innovation, public spending cuts, a committee to monitor the impact of the global crisis, a push to influence the pricing policies of energy companies and preferential treatment for domestic suppliers are just a few of the 26 items in the government’s plan to help Slovakia survive the global financial crisis. 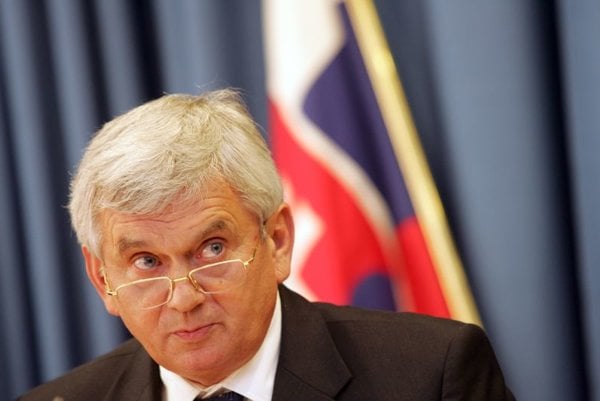 MORE effective use of EU funds, loans for small and medium-sized businesses, support for applied research and innovation, public spending cuts, a committee to monitor the impact of the global crisis, a push to influence the pricing policies of energy companies and preferential treatment for domestic suppliers are just a few of the 26 items in the government’s plan to help Slovakia survive the global financial crisis.

“The basic condition for minimising the impacts of the crisis on the economy is that we start implementing these measures without any delay so that time is not wasted by additional formal steps,” Economy Minister Ľubomír Jahnátek said in an official statement. “We would regularly, on a monthly basis, evaluate this document and update it based on the actual needs that might emerge.”
While the country’s economy minister has urged the nation to start applying the plan without any delay, observers say the government is not really offering anything new, or at least nothing which had not already been announced. The critics added that some of the measures are little more than a rhetorical exercise which will not realistically provide the country with any protection from the effects of the crisis.

The government adopted the package on November 6 after talks with unions and some employers.
Prime Minister Robert Fico was quick to announce that none of the ambitious plan would be paid for by raising taxes or levies.

“We will not walk the path of privatising strategic companies,” Fico added, speaking on public-service broadcaster Slovak Radio.

Fico also said that none of the decisions would be made at the expense of social programmes that his government has approved or planned.

The Slovak government has derived some comfort from predictions that Slovakia is likely to have the fastest growing economy in the European Union next year and remain one of the top performers in the Organisation for Economic Cooperation and Development (OECD).

However, the Economy Ministry in its official statement conceded that “today there is no doubt that the financial crisis will be fundamentally reflected in the real economy, which means that economic growth will slow significantly and that unemployment will increase. Only the depth and the duration of the crisis remain in doubt.”

The ministry’s crisis survival package includes items related to the utilisation of European Union funds and the planning of PPP projects, while also proposing funding alternatives for highway construction. The government will consider loans to small and medium-sized businesses and improvement of some labour market policies. The Fico administration will also revise the law on investment support and increase domestic consumption.

The completion of the nuclear power plant in Mochovce and the construction of, and upgrades to, thermal power plants also made it into the package, along with a government pledge to persuade energy suppliers to sell their products for what the government calls a reasonable price.

Among the most contentious items was the government’s stated intention to give preference to Slovak companies in state tenders.

“When the Army is to get new uniforms and boots, there is no reason for these to be made in Poland, Germany, or Austria; they will be sewn in Slovakia,” the prime minister said, as quoted by the SITA newswire.

Peter Goliáš of the Institute for Economic and Social Reforms (INEKO) described the government’s intention to favour domestic suppliers in public tenders as an unpleasant surprise.

“The problem is that giving preference to domestic suppliers if they are more expensive and offer lower quality than foreign suppliers would be a waste of public funds,” Goliáš told The Slovak Spectator.

For Goliáš the government’s first-aid legislative package to ease the impacts of the crisis does not really include any measures which the government has not previously heralded.

“The better use of Eurofunds, the construction of highways through PPP projects, pressure on energy prices or the completion of Mochovce are nothing new,” Goliáš said. “The cabinet has been advocating these things since it gained power.”

Radovan Ďurana of INES, an economic think-tank, said that the steps the government is proposing are, for the most part, unlikely in the long-term to ease the impacts or causes of the world financial crisis in a responsible way.

“The path of government demand, which is proposed in this material, is not a happy solution for stimulating the economy because the government does not have its own resources to inject into the economy; first, it has to take them from somewhere else, where they will then be lacking later on,” Ďurana told The Slovak Spectator. “Besides, such a solution is not tenable and will later lead to the type of economic slowdown which we experienced in the late 1990s.”

The government has forgotten that the groups which can react best will be companies, because they, unlike the government, have local information pertaining to their business, said Ďurana.

According to Ďurana, 75 percent of Slovaks work in the private sector which is why the government should focus on freeing the hands of businesses through deregulation of the markets, making labour markets more flexible, cutting taxes and levies and improving the business environment.

“It seems that the government wants in the forthcoming years to spend more money and push the country into debt,” Goliáš said. “It is dangerous that the government plans to use one-off incomes, gained for example from the second-pillar of the pension system, in the state budget.”

According to Ďurana, public funds have been wasted through ineffective management and non-specific use of over Sk40 billion. These resources could be used to finance pension reform and ease the tax burden, he added.

Fico also said that the priority of the measures is to maintain current levels of employment at any price.

“Employment can be preserved at its current levels only on the condition that businesses are allowed to react flexibly to the changing conditions in Slovakia and abroad,” Ďurana said. “Meeting this condition however means reducing the costs of labour, the tax and payroll burden and creating more flexible labour relations, which means reforming the labour code.”

However, Ďurana said these measures were not to be found in the government’s package.

Goliáš mentioned the case of Siderit, a magnesite mining company which received a Sk183-million state subsidy but which later laid off hundreds of people anyway, he said.

“The government definitely should not support ineffective jobs,” Goliáš said.

With economic growth estimates at between 3 and 5 percent, no radical measures in the form of special fiscal impulses are necessary, he added.

“Instead the government should maintain macro-economic stability, which is means a low deficit and low inflation,” Goliáš added.

“At the same time it should continuously improve the business environment, first of all through cutting payroll taxes for employees, shortening the time for arranging tax-levy duties, unifying the tax calculation base for different kinds of incomes, improving the functioning of courts, allowing a more flexible labour market, transparent public tenders and price regulation,” he said.