THE NUMBER of newly registered cars in Slovakia continues to grow. This is in contrast to the news from western markets, which are recording falling car sales because of the financial crisis. 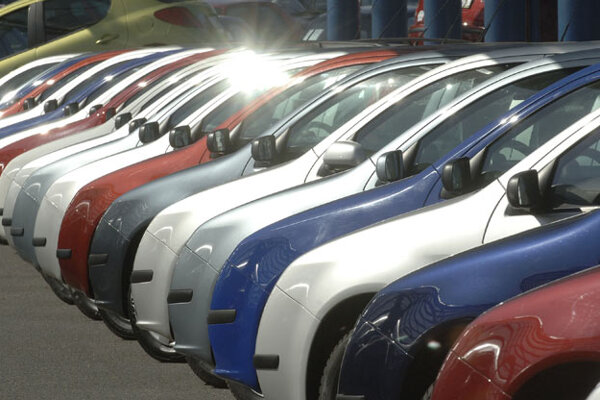 The crisis has not dimmed Slovakia's appetite for cars. (Source: ČTK)
Font size:A-|A+

THE NUMBER of newly registered cars in Slovakia continues to grow. This is in contrast to the news from western markets, which are recording falling car sales because of the financial crisis.

Companies operating in leasing - which, after cash purchase, is the second most popular way of financing cars in Slovakia - say that this difference may be partly statistical, partly the result of the euro, or partly due to the fact that Slovaks typically buy non-luxury cars.

In October this year, 9,412 new passenger cars and small commercial vehicles of up to 3.5 tonnes were registered in Slovakia. This represents a year-on-year growth of 14.93 percent. Since the beginning of the year, 81,055 cars have been registered, up 20.09 percent year-on-year, according to the Automotive Industry Association of Slovakia (ZAP).

Stanislav Jaššák, marketing and sales support team manager for ČSOB Leasing, said that, despite the ZAP statistics, in his view Slovakia has not quite avoided the crisis in terms of car sales.

“The statistics of the Association of Automotive Industry of Slovakia include not only sales to final customers but also registration of imported vehicles which are at a car dealer but have not actually been sold to a final customer,” Jaššák said. “Based on our data, the increase in real sales is half of the recorded statistics.”

In western countries, the fall in car sales has mainly been the result of economic recession, decreasing purchasing power, and rising fuel prices. The latter have actually been falling lately, but forecasts suggest this trend will not last for long, said Boris Biznara, head of the vehicle leasing division of UniCredit Leasing Slovakia.

According to Biznara the decrease in car sales in western countries has mainly affected the luxury-cars segment.

“Despite the fact that the growth of the Slovak economy will slow in future, we do not expect a steep drop in car sales and production,” said Biznara. “The main reason is the fact that Slovakia is exporting cars which are mainly in the lower, more environmentally-oriented, market segment in which demand is continuing to grow,”

However, Edita Szászová, commercial director of Tatra Leasing, said that the difference between trends in car sales in Slovakia and western countries might be caused by Slovakia’s planned introduction of the euro at the beginning of next year.

“People do not know what will happen, and concerns that the prices of goods and services might grow could lead them to put their finances into something concrete,” she said.

Buyers currently prefer buying cars with cash, and the share of this payment method for car purchases is actually continuing to grow. This is also a result of the financial crisis. However, among financial products, leasing remains the most popular way of paying for a car, according to leasing companies.

“Over the first nine months of this year the leasing market to finance new cars increased by 13 percent, and in terms of purchase prices it [leasing] financed more than Sk19.7 billion (€655.56 million),” Jaššák said.

Among financial products used to finance cars, leasing has a 60.5 percent market share, followed by loans, with a share of 26.5 percent, according to Jaššák.

However, financial products such as leasing and, especially, loans are expected to become more expensive for customers, said Biznara.

“The reason is mainly the first wave of the financial crisis causing distrust among banking institutions, which has affected refinancing costs,” Biznara added.

Based on ZAP statistics, over the first ten months of 2008, the Czech manufacturer Škoda remained the best-selling carmaker in Slovakia, with a 19.55 percent market share. Volkswagen came in second with 8.57 percent of the market, and Peugeot placed third, with 7.13 percent. Fourth most popular was Citroen, with a 6.67 percent market share. Renault came in fifth with 6.13 percent, Suzuki sixth with 5.62 percent, and Kia seventh with 5.62 percent. Ford had 5.15 percent and Fiat 4.72 percent. Toyota/Lexus rounded off the top-ten list of best selling car brands in Slovakia with a 3.88 percent market share.