THE SLOVAK Cabinet has clashed with Slovakia’s telecommunication market regulator over what originally appeared a clear-cut plan to replace the existing analogue television system with digital video broadcasting by no later than 2012. 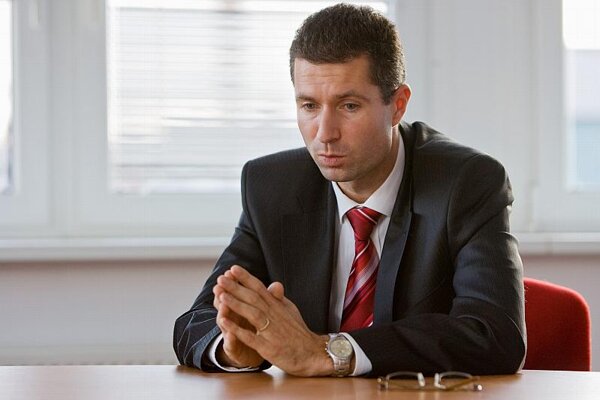 THE SLOVAK Cabinet has clashed with Slovakia’s telecommunication market regulator over what originally appeared a clear-cut plan to replace the existing analogue television system with digital video broadcasting by no later than 2012.

The government had been manoeuvring to sack Branislav Máčaj, the chairman of the Telecommunications Office (TÚ), for what Prime Minister Robert Fico’s team called delaying the tender to select an operator for the first and second Digital Video Broadcasting – Terrestrial (DVB-T) multiplex in Slovakia. DVB-T is an internationally accepted standard for digital television.

It succeeded on December 4 when parliament voted to recall Máčaj.

He has insisted that he acted entirely in line with the law. He has suggested that the cabinet applied political pressure on him regarding the tender, his resistance to which might now end up costing him his job.

The TÚ initiated the tender earlier this year to ensure that Slovakia meets a 2012 deadline for digitalising its television system, the office said.

Minister of Transport, Posts and Telecommunications Ľubomír Vážny proposed to the cabinet on November 26 that Máčaj be dismissed. Ministers greeted the call sympathetically and agreed to sack the TÚ chief.

According to Vážny, Máčaj did not follow the digitalisation strategy approved by the government, and in doing so endangered Slovakia’s ability to meet the 2012 deadline.

Máčaj rejected this, accusing the government of providing political cover for strong financial groups that have been trying to thwart the tender. The head of the TÚ said the cabinet supported his recall because he failed to comply with a political order regarding the tender.

Máčaj claimed, according to a report in the Sme daily, that the senior party in the ruling coalition, Smer, has cut a deal with private television stations under which, in return for favourable coverage of the government in their news broadcasts, Smer would block new TV stations from entering the market. This would only have been possible if Máčaj changed the criteria for the tender.

According to the SITA newswire, Máčaj previously claimed that the financial group J&T, which controls the private television station JOJ, is behind the pressure.

Both Máčaj and Vážny were present at the session of the Parliamentary Committee for Economic Policy on December 2 when the body discussed the proposal to recall Máčaj. However, the committee failed to issue an opinion.

One committee member, Stanislav Janiš, an opposition MP for the Slovak Democratic and Christian Union (SDKÚ), stated at the session that he had no political reason to defend Máčaj against dismissal, since the TÚ chief was appointed to his post by the current ruling coalition.

“I have always fought and always will fight for the independence of offices, as these offices should be as distant from political power as possible,” Janiš said in the debate, as quoted by SITA.

He said that the reasons for Máčaj’s dismissal from his post were political and not objective.

Máčaj on December 1 also challenged the cabinet’s grounds for recalling him and said that by law he can be only dismissed if the office fails to meet its duties as set out in the law on electronic communications. There were no such grounds for his dismissal as Telecommunications Office chairman, Máčaj said in a release.

The only political party that had fully supported his removal from the very beginning is Smer. The other coalition parties - the Slovak National Party (SNS) and the Movement for a Democratic Slovakia (HZDS) - were noticeably hesitant to support the move.

Initially the SNS, the party which nominated Máčaj to the post, said that the arguments were not strong enough to sack him. However, on December 4, according to SITA, Máčaj said he had learned that the party would support his dismissal after all.

The Telecommunications Office believes that the tender will boost competition in the Slovak media market and generate a higher standard of television programmes.

Slovak television audiences should see a substantial improvement in the visual quality of television broadcasts, with many switching to so-called studio-quality, as well as having the opportunity to interact with broadcasts, according to the Telecommunications Office.

A single winner will be chosen to operate both multiplexes. The parties were invited to submit their bids by November 20, 2008.

The procurer should look at the applicant’s ability to build and launch the network of multiplexes within the deadline and ensure that it is constructed through a signal distributor, the office told The Slovak Spectator earlier this year.

The transparency and credibility of financing arrangements for the building or leasing of the network will also be considered, according to Telecommunications Office spokesman Roman Vavro.

Another criterion is the support bidders propose to provide for the switchover from analogue to digital signal transmission, including obligations in relation to end-users (i.e. viewers).

The scope of services and the amount offered for the allocated frequencies for the first and second digital terrestrial multiplexes are also among the evaluation criteria.

The winner will have to meet all the conditions listed in the tender criteria, since the office will define these as the main conditions for winning the licence.

First of all, the bidder will have to construct and launch the network within set deadlines and undertake to provide a digital TV signal which covers the population, Vavro said.

He added that the winner will have to launch the first multiplex within one year after the licence comes into force, with at least 45 percent coverage. The higher-quality digital terrestrial signal that is expected to replace the current analogue transmission will not reach about one fifth of Slovakia's inhabited territory.

Since everyone in Slovakia is entitled by law to receive public TV broadcasts, the state, in October 2007, floated the idea of subsidies to allow those who will lose their terrestrial signal to buy satellite dishes.