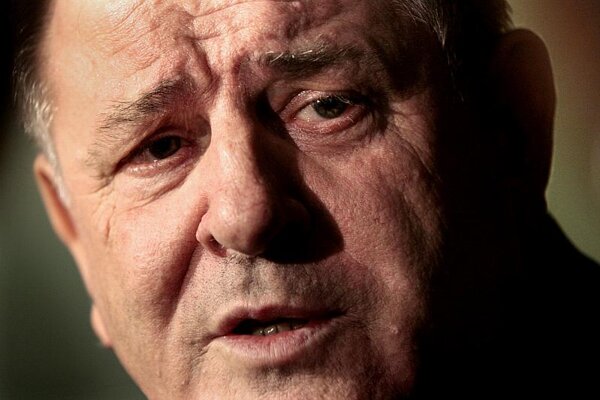 The leader of the Movement for a Democratic Slovakia (HZDS), the junior party in the ruling coalition, first declared that requiring private health insurance companies to submit their budgets for approval to the Health Ministry was unconstitutional. His argument was apparently intended to rattle Prime Minister Robert Fico of the Smer party, who has campaigned against the private insurers founded under the previous Mikuláš Dzurinda administration.

Mečiar (pictured above) then criticized a tender held by the Construction Ministry led by Marián Janušek, a representative of the Slovak National Party (SNS), as “clientelism as plain as the nose on your face”. SNS boss Ján Slota said his partner’s statements were “a deliberate attempt to destroy the coalition”.

In addition, Mečiar claimed in an interview with the sme.sk online server that President Ivan Gašparovič – Mečiar’s own former No. 2 in the HZDS before bolting from the party in 2002 – had actually been the mastermind behind the crony privatization sales of the 1990s. “Because of his secret intrigues, decisions were taken on privatization in the name of the coalition, and thus in my name, which he himself (Gašparovič) designed and directed. He even said who would get what and for how much. He often did it during periods when I was ill, and didn’t know what was going on.”

Gašparovič, with whom Mečiar has not been on speaking terms since their 2002 rift, is the preferred candidate of both Smer and the SNS in next year’s presidential elections. “Mr Mečiar’s claims are unfounded,” the president’s office said in a statement.

Mečiar’s actions have been interpreted as an effort to improve his status in the three-party coalition. Two HZDS ministers have already been forced to resign, while ministers for the SNS and Smer have been allowed to remain despite apparently greater missteps.