Russia to provide all of Slovakia’s nuclear fuel 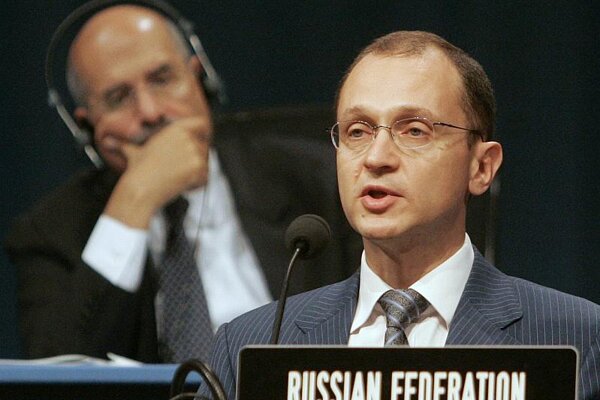 The contract is one of two long-term agreements that the Russian state-run nuclear fuel manufacturer has signed with the Slovak power generating company. Sergei Kiriyenko (pictured above), head of the Rosatom nuclear regulatory body, said that in closing the deal, Russia has now "completely reclaimed central and east European markets."

"The contract covers all facilities in Slovakia, including those under construction, and is worth half a billion euros up to 2015 alone," Kiriyenko told a government meeting, according to the RIA Novosti news outlet.

Under the contract, TVEL will supply enriched uranium to Slovakia's Mochovce and Bohunice nuclear power plants from 2011 to 2015. Each plant has two operating Soviet-built VVER-440 reactors.

The current contract for Russian nuclear supplies to Slovakia was signed in 2003, and expires in 2010.

Talks on the new contract started in April 2007. The US company Westinghouse, which had delivered nuclear fuel to Slovakia in the post-Soviet period, also bid for the contract.
The second deal set down guidelines for cooperation after 2015, and will see TVEL producing and supplying fuel for operating and planned reactors.

Nuclear power accounts for 57% of electricity produced in Slovakia. The Bohunice and Mochovce nuclear power plants were put into operation in 1978 and 1998 respectively.
Italy's Enel holds 66% in Slovenske Elektrarne.

TVEL is one of the world's leading manufacturers of nuclear fuel. Its products are used in 73 commercial (17% of global market) and 30 research reactors in 13 countries

In signing the deal, Slovakia further increased its energy dependence on Russia, which already supplies almost all of its natural gas needs.