THE CHANGING number of people using Bratislava Airport has stirred discussion about how the new terminal there will satisfy the needs of passengers in terms of capacity as well as quality of services. 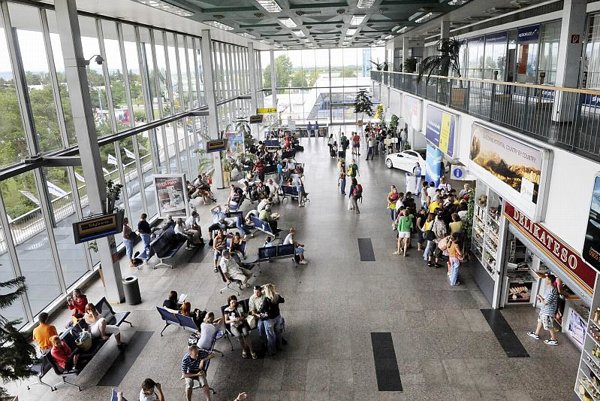 THE CHANGING number of people using Bratislava Airport has stirred discussion about how the new terminal there will satisfy the needs of passengers in terms of capacity as well as quality of services.

The present government decided to halt the planned privatisation of the airport in 2006, and last year announced it would use public funds to build the new terminal. Work started shortly before the end of 2008.

Last year was one of the most successful in the history of Bratislava’s Milan Rastislav Štefánik Airport. The number of passengers who passed through the airport reached a record of 2.22 million, close to the airport’s maximum capacity of 2.6 million people per year.

But whereas last year seemed to be the right time to start building the new terminal, which will nearly double the airport’s passenger-handling capacity, the need for it now seems less urgent.

While Bratislava Airport ended 2008 with 10 percent overall growth in passenger numbers, passenger numbers for Europe as a whole dropped by 0.2 percent in 2008, said Dana Madunická, an airport spokeswoman.

Figures for the first weeks of 2009 show that the global economic crisis is taking its toll on the air-transport industry in Slovakia too.

Monthly passenger numbers in January 2009 were down by more than a fifth year-on-year, a fall of over 30,000 to 101,176. Despite that, construction of the new terminal is continuing according to plan.

“The old terminal is already worn out and lags behind in terms of capacity,” Madunická told The Slovak Spectator. “When this crisis is over, we will have a modern terminal here with all it needs to be a representative gateway to Slovakia.”

Worldwide recession is forecast for the air transport business in 2009. Bratislava Airport expects a drop in passenger numbers of 10-15 percent, Madunická said.

Impacts of the economic downturn

But the airport’s management believes the crisis should not affect construction plans.

The structure of financial resources allocated to the new terminal project was approved in 2008 and the share of the costs paid from public resources is guaranteed by the state, according to Madunická.

The Finance Ministry approved roughly €93 million (Sk2.8 billion) of spending on the terminal’s construction. Out of that, the state budget will provide over €69 million, with the rest being paid for by the airport itself. Construction company ZIPP was chosen to carry out the project.

Construction is planned in two phases to allow the airport to continue functioning smoothly during the project.

The whole building should be ready to use in March 2012.

At the moment, the project is in the so-called phase zero, during which the site is being prepared. This should be finished in March 2009. The preparation work is being carried out by Strabag and ZIPP.

According to Madunická, the core of the work involves moving the infrastructure networks, building access paths and clearing the site.

After that, the foundations of the building will be laid and the new site will be connected to the infrastructure networks.

The work performed in the initial phase of construction won’t change the site visibly, since most of it will take place underground.

There is some excavation in the area between the GAT and departures terminal, where the foundations for the new terminal will be laid.

New transport infrastructure is under construction in the public area in front of the terminals, which could cause inconveniences for passengers.

“We would therefore like to apologise to passengers and ask them for their understanding and patience,” Madunická said.

The construction project is the airport’s main priority for 2009, since in one year it should bring results in terms of higher capacity and greater comfort for passengers.

The summer season of 2009 should already see improvements, with 1,506 square metres of new commercial space in the new structure built to connect the arrivals and departures terminals.