AFTER misadventures like explosives left in civilian airline luggage or escapes by handcuffed prisoners, recent news that Serbian drug trafficker Darko Šarić was hiding out in Europe on a Slovak passport seemed like just another embarrassment for the Slovak police. 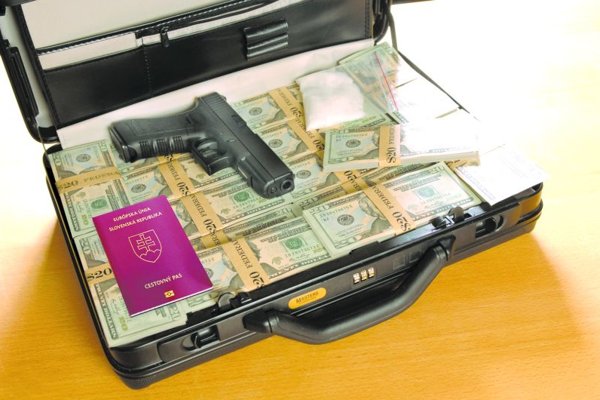 AFTER misadventures like explosives left in civilian airline luggage or escapes by handcuffed prisoners, recent news that Serbian drug trafficker Darko Šarić was hiding out in Europe on a Slovak passport seemed like just another embarrassment for the Slovak police.

But the Interior Ministry claimed on February 25 that Šarić had obtained his Slovak citizenship in January 2006 by providing fraudulent information. Slovak security sources also cautioned against a rush to blame – Šarić, they said, was not then the wanted criminal he is today.

And despite earlier media reports that Šarić had a wife and two children in Slovakia, and had permanent residence here since 1998, he left far less of a footprint here than in the Czech Republic, where he owned two companies.

“Imagine, for example, that Piťo applied for citizenship in Canada,” said a security source, referring to an organised crime figure from Bratislava. “When they asked us about him, we would have to say he had a clean record, because it’s the truth. But you can imagine the fuss if he actually got a Canadian passport.”

Interpol issued an international arrest warrant for Šarić in late January. He is suspected of having organised a shipment of over two tons of cocaine from South America to Europe that was seized last October, as well as having ordered several murders in Serbia. A Montenegrin by birth, he left that country in mid January and is currently believed to be hiding somewhere in Europe.

Following reports by Serbian media that Šarić had a Slovak passport the Slovak Interior Ministry initially confirmed that he had received one in 2006 on the basis of his marriage with a Slovak woman. However, the ministry refused to comment on information that Šarić had lived in Slovakia since 1998 and that he had had two children with his Slovak partner.

According to information obtained by The Slovak Spectator, Šarić had a permanent residence listed on Slatinská Street in the Vrakuňa district of Bratislava.

“According to Slovakia’s citizenship law, citizenship becomes invalid if it is proven that the documents used to obtain it were forged, altered or obtained through crime,” said Interior Minister Róbert Kaliňák without elaborating. He said a demand had been forwarded to Šarić’s last known address for the return of his Slovak passport.

Darko Šarić never held a Slovak license to do business, nor did he figure in any companies here. By contrast, in the Czech Republic, he appeared in two – Solimba ZM, where he continues to own a share, and I.Q. Consulting, which entered liquidation last year. Both companies were founded in the 1990s.

According to documents in the Czech business register in Prague, Darko Šarić had permanent residence in the Czech Republic until May 20, 2000. I.Q. Consulting was founded in 1995, but never conducted any formal business. As for Solimba, Šarić continues to own it with eight other nationals of Serbia and Montenegro.

Goran Soković, another Montenegrin suspected of organizing international cocaine shipments from South America to Europe, also has a Czech company, founded last year. Soković did not have residence in the Czech Republic, but trusted his Prague business to a young Ukrainian.

“The Montenegrin mafia is very strong in the Czech Republic, and is involved in drugs, prostitution and stolen goods,” said the Slovak security source, who asked not to be identified because of the information embargo on the case. “Like the Serbs and Croats, they are very good at blending with the local population, setting up a construction company and acting normally.”

The source also said there was no connection between Šarić and Baki Sadiki, a suspected Albanian drug trafficker operating out of the High Tatras.

“Šarić is into cocaine, and Sadiki deals with heroin, which means they are separate organisations using separate routes into Europe.”

Besides Slovakia and the Czech Republic, Šarić is known to have frequented other European countries, such as France and Austria, where an attempt to arrest him failed in late January after he failed to board a flight for Vienna.

Who is Darko Šarić?

While relatively little is known about him, as he has not been at the top of the Serbian drug trade for long, Šarić has a wife in Montenegro named Nataša, born Lončar in Pljevalja. According to local media, he has invested most of his money into real estate, as well as in buying industrial property through Montenegrin firms.

For a fee, the heads of these private companies would sell them secretly and illegally to Šarić, and then buy other properties for him in their names.

Other firms were registered in the names of his brother, sister and mother.

Šarić also owned four offshore companies that he used to launder drug money and then reinvest it in Montenegro and Serbia.