MADRID, Paris, London, New York, Munich or Prague – these are the cities in which some of the contestants for Brillance Fashion Talent (BFT), a prestigious competition for local fashion designers recently held in Bratislava, have worked or studied. 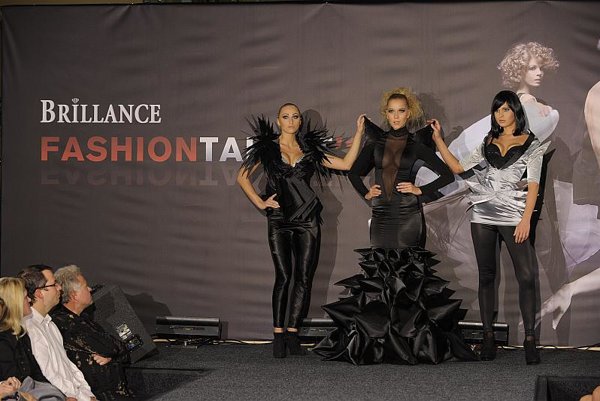 MADRID, Paris, London, New York, Munich or Prague – these are the cities in which some of the contestants for Brillance Fashion Talent (BFT), a prestigious competition for local fashion designers recently held in Bratislava, have worked or studied.

Their sources of inspiration are as varied as their backgrounds: from Gothic architecture to contemporary Russian sculpture, from French pre-Revolutionary attire to marionettes.

On October 21 when the award ceremony took place the audience could see for themselves how these seemingly unconnected motifs could be transformed into attractive – and wearable – couture.

The winner of the evening, 28-year-old Milota Krajinčáková, graduated from Bratislava’s Academy of Visual Arts before pursuing her studies in London. Her collection, named “Bee’s Knees”, was influenced by the flappers’ fashion of the 1920s and notably by the work of Madeleine Vionnet, called by her contemporaries the “queen of the bias cut”. The young designer also drew inspiration from Tamara de Lempicka and Alfons Mucha.

“Milota has a rare ability; she masters cut and tailoring, which is not very much in vogue nowadays,” said jury member Milan Čorba, a noted costume designer and university professor. “Her models are like songs by The Beatles. There is melody, wit, appeal and charming simplicity. They are easy to remember and evoke positive emotions.”

Krajinčáková concentrated on two colours, yellow and violet. Similar to Vionnet’s Grecian-style dresses, the young designer’s garments are made of one piece of geometrically shaped fabric.

“I love experimenting with cuts, combining urban styles and materials with the more traditional ones, like in this collection, where I included, for example, a silk cocktail dress with hidden pockets and straps in a sportswear style,” she told The Slovak Spectator.

As part of the award, Krajinčáková received €3,320 for the creation of a new collection, which will be unveiled at next year’s event.

The winner of the Internet Vote was Ema Kleinová with her collection “Gothic”, while the Audience Award went to Linda Krkošková and her series of garments entitled “Please Construct Me”.

No lack of talented artists

Founded in 2006, the contest aims to “provide support to promising young individuals in the area of fashion design”, as stated in the official rules. Slovak and Czech high school and university students as well as graduates and professional fashion designers can submit their works to a jury composed of some of the most renowned local artists and haute couture experts, including photographer Milota Havránková, Czech designer Liběna Rochová and Katarína Hubová, director of the Slovak Design Centre.

Zuzana Michalicová, the managing director of C&M Advertising, the main organiser of the competition, said the quality of all the submitted designs improves every year.

“In the first years, there was always one clear favourite from the beginning, while last year there were at least two big rivals and this time, the finalists were so close in scores that it was extremely difficult for the jury to choose the winner,” she said.

Interestingly enough, all the designers who made it to the second round of the 2010 edition were women. But Michalicová said she did not believe that this should mean women are more suited for dressmaking than men.

“Though a man’s and a woman’s perception of the body might be different, I think the greatest talents are able to somehow reconcile these two perspectives,” she told The Slovak Spectator. “Slovakia’s most talented contemporary fashion designers, Boris Hanečka, Lukáš Kimlička, Marcel Holubec and Martin Hrča, are all very sensitive; on the other hand, there is a little bit of man in each of their female colleagues, such as Mária Štraneková or Hana Prevrátilová. Otherwise, they could not do this job.”

Michalicová added that even if Bratislava might not be among the world’s fashion capitals, Slovakia has no lack of talented artists.

“Since 2006, fashion design in Slovakia has made huge progress,” she remarked. “A new generation of designers has emerged who not only are successful, but also use their experience to help novices. It is amazing how this community, despite the current hard times of close-to-zero textile production in our country, continues to promote what we can proudly call Slovak fashion.”