Connecting the west of the country with the east by a multi-lane highway has become something of a mantra in Slovakia. In each election campaign politicians have promised to complete the national arterial highway, and businesspeople and investors consistently point to the incomplete highway link when asked about obstacles to investment and the development of their businesses in the east of the country. 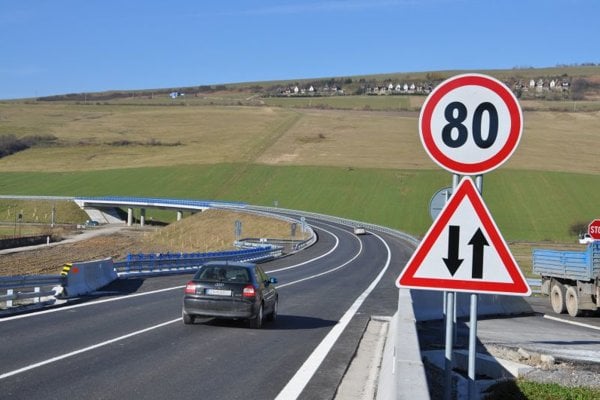 Connecting the west of the country with the east by a multi-lane highway has become something of a mantra in Slovakia. In each election campaign politicians have promised to complete the national arterial highway, and businesspeople and investors consistently point to the incomplete highway link when asked about obstacles to investment and the development of their businesses in the east of the country.

Each year more construction work is completed on the highway, known as the D1, to connect Bratislava with Košice via the more industrialised north of the country; and on the dual carriageway, known as the R1, connecting Trnava and Ružomberok. But it will still be several years before motorists can drive on interrupted highway from one end of the country to the other.

The Iveta Radičová government, which took power this summer after winning the June general election, set a target in its four-year programme of securing a high-standard road connection between Bratislava and Košice by 2014. Its ambition is to do this in a cheaper and more effective way and to draw more EU funds for the purpose.

Construction of the D1, which should eventually lead from the Slovak-Austrian border to the border with Ukraine, started as early as the 1970s. At present, about 62 percent of its total length of over 515 kilometres is complete. Of the missing sections, amounting to almost 200 kilometres, around half – nearly 100 kilometres – is accounted for by stretches around Žilina and Košice; the section from Košice to the Ukrainian border remains no more than a plan.

“Slovakia needs highways and dual carriageways urgently,” Ľubomír Palčák, the director of the
Transport Research Institute (VÚD) based in Žilina, told the Slovak Spectator in an earlier interview. “Analyses which we have made of the impact of accelerated highway construction have shown huge economic effects.”

These are the direct effects of the construction itself, which could be multiplied during an economic crisis. The secondary effects of better road connections with the east should help those regions of Slovakia to further pursue economic development as only 50-60 percent of their potential GDP is currently being generated, according to Palčák. Western Slovakia is using roughly 90 percent of its potential, he said.

“So if we want Slovakia’s GDP to grow further, the biggest development potential is in eastern Slovakia,” said Palčák.

Former prime minister Robert Fico set an ambitious target at the beginning of his 2006-2010 term to complete the highway by 2010. Later he pushed back the deadline, first to 2012 and then even later. To make good on his promise his government harnessed, for the first time in Slovakia's history, the involvement of the private sector in highway construction through public-private partnership (PPP) projects. The Fico government wanted to use such projects to build 157 kilometres of highways and dual carriageways. But the then-opposition parties, some of which now make up the ruling coalition, criticised PPP projects as overpriced. The new Radičová government is now looking for different methods of financing and says it would like to see more European Union funds used.


The Fico government originally launched three PPP highway construction packages, but by the time it left office only one, the so-called second PPP package, had reached the final phase in which a concessionaire agreement had been signed with a consortium – Granvia – and construction begun. According to the agreement, Granvia will build 52 kilometres of the R1 dual carriageway between Nitra and Banská Bystrica. Originally, the total costs of the project were calculated at €3.2 billion, but later they rose to €3.8 billion due to the increased cost of bank loans following the economic crisis, according to the SITA newswire. The consortium will receive €127.4 million per year for maintenance and operation of the road for 30 years. The R1 dual carriageway from Nitra to Banská Bystrica should be complete, except for the bypass of Banská Bystrica, by the end of 2011.
By contrast, the first PPP package, to build five stretches totalling 75 kilometres of the D1 highway between Martin and Prešov, failed to get off the ground. Even though a tender resulted in the selection of a consortium for the package the project was scrapped following Transport Minister Ján Figeľ's decision not to extend the deadline for its financial closure. His decision prompted cries of despair from representatives of the previous government who had advocated the PPP method for advancing Slovakia’s mega-highway projects, as well as from the consortium of firms that had won the concession.

The project ended by Figeľ's decision had been in process since early 2009. It was to have been completed by a consortium involving the local construction firms Doprastav and Váhostav-SK. They are now set to lay off hundreds of employees by the end of the year.

Figeľ argued that the deadline for the financial closure of the project had already been extended six times and it was finally time for the deal, signed last April, to expire. His predecessor at the transport ministry, Ľubomír Vážny, a nominee of the Smer party, had extended the deadline several times as final financing could not be arranged.

“I decided not to extend this process any more, since it has been extended several times and it has cost Slovakia a lot of time,” Figeľ said, as quoted by the SITA newswire. “The ministry has no guarantee after further negotiations with the concessionaire that the first package will be financially covered within a foreseeable time.”

The cabinet also turned down the project because the consortium had failed to obtain €1 billion from the European Investment Bank, which did not want to lend the money without a nod from the European Commission. However, the EC objected to the environmental impact of the proposed highway on a section between Turany and Hubová.

More recently it was revealed that a study carried out by an independent firm of consultants into the costs of the first PPP package had been manipulated before being presented to the cabinet in order to make the costs appear lower.

During the last week of October the process in the third PPP package took an unexpected turn. The winner of the tender to design, construct and operate almost 31 kilometres of the most technically demanding sections of the D1 highway between Žilina and Martin, Žilinská Diaľnica, proposed during talks with the Ministry of Transport a reduction in construction and operation costs of almost 30 percent.

Transport Minister Figeľ announced the proposed reduction of costs on October 27. As a result, the deadline for the financial closure of the deal, which had been set for October 31, was extended by several weeks, possibly until the end of November, so that both parties can reach agreement on the terms. According to the original proposal, the state was to pay the concessionaire €277 million annually after completion of the highway's construction, which would represent €8.5 billion over 30 years, while construction work alone would account for €1.99 billion without VAT. Žilinská Diaľnica, which is led by German company Hochtief PPP Solutions, reduced construction costs in particular, the ČTK newswire wrote.

“After several rounds of negotiations the concessionaire was willing to accept several steps on the way to optimise the price and terms of construction of the most difficult stretch among all D1 sections, near Žilina, which will be even more difficult because of the construction of tunnels,” Figeľ said, as quoted by SITA.

The construction of the highway between Žilina and Martin, if financial closure is reached by the end of November, may start in spring 2011 and should last four or five years, according to Palčák of the Transport Research Institute, as reported by SITA. This part of the highway is more complicated from a construction point of view as it contains an almost 7.5-kilometre-long tunnel between Višňové and Dubná Skala, but it is important for the economic interconnection of neighbouring regions of Slovakia, the Czech Republic and Poland.

Palčák was not able to explain how the discount of almost 30 percent was arrived at, and said he would welcome a proper explanation of whether longer construction terms are among the changed conditions and behind the lower price.

“Somebody should explain this,” said Palčák, as cited by the Sme daily. “30 percent is a very big reduction and it may indicate that the consortium originally inflated the price.”

The discount, in particular its size, has also surprised construction experts, including those from companies in the winning consortium from the now-defunct first PPP package as well as in the Granvia consortium now building the R1 stretches as part of the second PPP package.

“The reported percentage really surprised me, but only those involved can respond,” said Eric Delobel, the director-general of Granvia, as cited by Sme.

Ivan Šesták, the head of the board of directors of Doprastav, one of the companies that comprised Slovenské Diaľnice, the winning consortium in the failed first PPP package, interpreted the demise of that project as politically motivated.

“It is interesting that the discount proposed by Slovenské Diaľnice of about 30 percent was swept from the table,” Šesták told Sme daily. “And today’s discount, which is reportedly between 22 and 30 percent, is regarded as a great success by the Transport Ministry.”

The Transport Ministry denied any political motivation. It said that Slovenské Diaľnice had offered to reduce its own costs by less than 5 percent, and that its offer was only indicative compared to the binding offer made by Žilinská Diaľnica, SITA wrote.