THE CONTOURS of Slovakia’s huge new public broadcaster are now emerging from the remains of its predecessors, Slovak Radio (SRo) and Slovak Television (STV), as part of what the country’s culture minister has called a substantial reform of the public media in Slovakia. The legislation to create Radio and Television of Slovakia (RTVS) came into force on January 1, 2011. President Ivan Gašparovič vetoed it twice, but parliament overrode his objections. 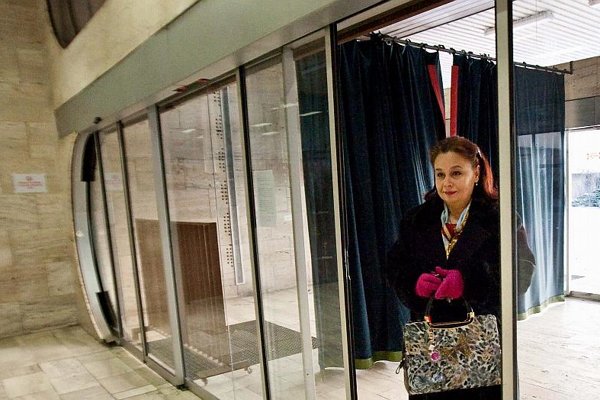 THE CONTOURS of Slovakia’s huge new public broadcaster are now emerging from the remains of its predecessors, Slovak Radio (SRo) and Slovak Television (STV), as part of what the country’s culture minister has called a substantial reform of the public media in Slovakia. The legislation to create Radio and Television of Slovakia (RTVS) came into force on January 1, 2011. President Ivan Gašparovič vetoed it twice, but parliament overrode his objections.

RTVS now has an interim director in the form of Miloslava Zemková, who was previously the director of SRo. Her deputies Ľuboš Machaj, formerly SRo programme director, and Daniela Vašinová, formerly financial director of SRo, will manage television and radio respectively. The interim management will now produce a provisional budget and handle all the administrative tasks related to the merger of the two broadcasters.

“During this transition period we have to carry out a large number of administrative and legal steps linked to the establishment of the institution since it is not emerging on a green field but as a result of the merger of two dissolved institutions,” Zemková told SRo on January 1. “It means that the new institution is taking over all the obligations, receivables, legal status, contracts, contractual relations and all the employees, thus it is a successor of those two institutions.”

The interim management said that there are no major reshuffles in the pipeline, but nevertheless some personnel changes are due within Slovak Television.

The merger was proposed by Culture Minister Daniel Krajcer to resolve what he called the catastrophic financial situation within STV. Krajcer said that the creation of RTVS should, in just the first year of its existence, save the state budget €1.65 million. The overall debt of STV for next year is expected to reach €36 million.

Krajcer also called the merger the first step in the reform of the public media in Slovakia, which should last about three years and involve a change in its financing. As of 2012, the public broadcasters will no longer receive income from so-called concessionary fees paid by all electricity consumers in Slovakia. The reform will culminate with the two broadcasters moving into a single building.

Zemková, appointed by Speaker of Parliament Richard Sulík, will act as interim director until the first regular director of RTVS is appointed by the Slovak Parliament. Sulík explained his choice of Zemková by saying that SRo under her had been better managed than STV under Štefan Nižňanský, who has now left the organisation, the SITA newswire wrote.

Selection of the permanent new director is not expected to be an easy undertaking. Zemková has said she considers discussion about her eventual candidacy to be preliminary.

The parliamentary committee for culture and media will publish a call for candidates by January 10 via RTVS programmes and the website of the Slovak Parliament. Candidates will have 15 days to submit their applications.

Among the selection criteria for the director of the new broadcaster are a university education and at least five years of experience in top management. The parliamentary media committee will interview candidates and submit recommendations to parliament so that deputies can select the new director via a public vote, possibly in February. The same selection procedure will apply to members of the top body of the new broadcaster, the RTVS Council, according to SITA.

The provisional budget, set at one-twelfth of the combined 2011 budgets of both broadcasters, will be in place until the new RTVS boss shapes the new budget and gets it approved by the 9-member RTVS Council.

However, he excluded any significant changes to the TV programme schedule and said that only programmes that are strictly linked to the temporary budget might be affected.

Zemková described the period that the public broadcasters now face as “a demanding austerity period, which will last until the joint budget is approved”. She also noted that her deputy Machaj is not entitled to sign contracts as this is something which only she has been given the authority to do.

According to Zemková, analysis of existing contracts will follow soon after the administrative tasks linked to the establishment of RTVS are wrapped up.

“I will not carry out and I could not carry out my own systemic concept of the operation of the new institution because as an interim director I do not have the tools for that – only the newly elected director-general will be able to create those,” Zemková said as quoted by SITA.

Meanwhile, the local media has reported that Nižňanský signed some large contracts in December on behalf of STV, just before leaving office. Machaj confirmed that these deals would be analysed.

Nižňanský’s actions as director had long evoked concern among some media professionals and even though Krajcer stressed last year that the merger was not about removing Nižňanský from his position, the parties of the ruling coalition have never hidden their hostility towards him. Representatives of other Slovak media outlets have speculated that the public-service television broadcaster was on the verge of collapse.

The former management of STV even sued some journalists over reports about its financial situation. Zemková suggested that RTVS would withdraw some of the lawsuits.

“We do not intend to swamp prosecution bodies and the courts with senseless proceedings against freely expressed opinion,” she said.

Krajcer’s plan was criticised by those concerned that merging the financially troubled STV with the relatively healthy SRo would negatively affect the public-service radio stations under SRo’s wing. Media experts, however, have stated that the situation in STV had become untenable and had called for some kind of action, though some would have preferred a much slower pace.