OVER the past 10 years or so, the game of poker has become so popular that it can at times seem almost impossible to avoid. In the United States and the UK, the late-night television schedules frequently feature poker tournaments, and even the mainstream press routinely covers the game. Countries as diverse as Italy, Brazil, Australia and Taiwan are also hotbeds of poker action, with the traditional image of the game as a seedy pastime for gangsters long outdated. 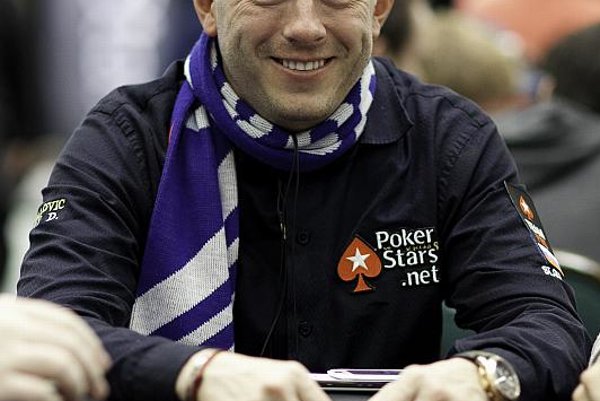 OVER the past 10 years or so, the game of poker has become so popular that it can at times seem almost impossible to avoid. In the United States and the UK, the late-night television schedules frequently feature poker tournaments, and even the mainstream press routinely covers the game. Countries as diverse as Italy, Brazil, Australia and Taiwan are also hotbeds of poker action, with the traditional image of the game as a seedy pastime for gangsters long outdated.

Poker still takes place amid the glitter of Las Vegas and the glamour of the Caribbean, but it is also now found beneath the sheen of the TV studios, or on millions of laptops worldwide. Its most successful exponents can graduate from their own studies to become celebrities and millionaires. Anyone with an internet connection can take a shot at the big time, playing 24 hours a day for any amount of money, thanks to the ubiquity and ease of online poker.

Somewhat belatedly, this boom has now also shuddered through Slovakia, where poker has rapidly become as accessible and as popular as it is across the globe. A number of clubs dedicated to the game have popped up across the country, complementing poker rooms in the more traditional casino environment.

In January, a Slovak team qualified to play in the World Cup of Poker, hosted in the Bahamas, and last month PokerStars, the world’s largest online poker room, promoted the first Slovak to its prestigious stable of sponsored players. Dag Palovič, a 36-year-old former child actor and media executive from Bratislava, has amassed more than $500,000 in tournament earnings in the five years since he learned the game, and is now a fixture at the most prestigious tournaments around the world.

“About four years ago, I didn’t know anybody who played poker,” said Palovič, interviewed in Florida on his way home from a poker festival in the Bahamas, where he captained the Slovak World Cup team. “But I think now about half of all people of university age have at least tried poker. It’s much more popular than it has ever been.”

Certainly the statistics corroborate Palovič’s assertion. PokerStars said that in December 2010, there were more than 70,000 Slovaks with active accounts on their website, compared with only 1,000 at the end of 2006. Similarly Betka Stieranková, one of the managers of the Monte Carlo Poker Club, which opened in Košice in 2008, said that on average 60 players join the live poker action every night. “During three years, the capacity of the room has risen from 30 to 150 players, which says it all,” Stieranková said.

A dedicated poker club founded by Palovič, Golden Vegas in Bratislava, has several thousand members, and in 2009 it even hosted one of the first European stops on the World Poker Tour (WPT), a series of high-stakes tournaments with a significant television following in the USA. Organisers were actually disappointed that only 100 players stumped up €4,400 to enter – they were expecting more – but cited a scheduling clash with two other major tournaments for the reduced turnout. Nevertheless, the winner, Hungary’s Richard Toth, took home €104,000 and six Slovak players ranked in the top 20.

The two principal factors in poker’s remarkable explosion are television and the internet, which have made the game immeasurably more accessible for players and spectators alike. In the late 1990s, Channel 4 television in the UK began screening “Late Night Poker”, a series of games that employed a unique innovation. Mounted beneath a glass-topped table were six tiny cameras, allowing viewers at home to peek at a player’s concealed cards. Suddenly, gambling’s biggest secret – what is the truth behind the poker face? – was there for all to see, and viewers could agonise along with the players over every decision, or coo as they pulled off audacious bluffs, potentially worth a fortune. The concealed camera technology made poker a compelling television spectacle, and mobilised millions of people across the globe to learn the rules and join in.

In 2003, this new breed of player was given even more encouragement when an unknown 27-year-old accountant from Tennessee named Chris Moneymaker won poker’s most sought-after title: the World Series of Poker in Las Vegas, which, at the time, carried with it a $2.5 million first prize.

If that alone wasn’t remarkable enough, it soon emerged that Moneymaker had won his $10,000 tournament entry fee for only $40 by playing poker on the internet. Online poker sites had begun offering “satellite” tournaments for tiny amounts, the winners of which could compete on the grandest stage of them all. Moneymaker’s journey had started in his own home, and he had essentially parlayed $40 into $2.5 million. He quickly became an everyman hero; if Moneymaker could do it, so could anyone.

Palovič is a perfect example of the post-Moneymaker player. He first learned poker in 2006 when a friend brought along a set of chips, bought in the United States, to a regular meeting at a coffee shop. The group of friends played initially for loose change, but then Palovič, who was a regular winner, was encouraged to enter a tournament at the Crowne Plaza casino for Sk3,000 (about €100), significantly more than he had ever considered wagering before. But he also won that tournament and was bitten by the poker bug. “We loved the game,” Palovič said. “It was something new, it was for money, and of course I loved the game much more because I was in profit.”

He established Golden Vegas and then became a full-time poker player on the international circuit when he merged the club with an investment company and took a place on the board. He has since made six-figure scores in tournaments in Prague, San Remo (Italy) and Las Vegas, and often plays wearing a Slovakia soccer scarf around his neck.

By Palovič’s own admission, Slovakia currently lags slightly behind many of its neighbours in terms of poker-playing talent, largely because there is hardly any poker literature in the Slovak language, nor a long-standing history of the game in the country. Of all Slovaks, only Palovič and Ján Bendík have accrued more than $500,000 in career tournament earnings, which is made to look paltry beside the $1.5 million won by Jan Škampa, the top Czech player, or the $2.5 million of Hungary’s Dénes Kaló. (The all-time leading tournament earner is the Canadian Daniel Negreanu, who has amassed more than $14 million. Last November, another Canadian, Jonathan Duhamel, won close to $9 million in a single tournament.)

Palovič, however, was recently one of two poker professionals invited to participate in a made-for-television poker tournament recorded for the Czech channel TV Nova, which will be broadcast in the coming couple of months. And he has also penned the first poker strategy book in Slovak, ambitiously titled “How to Become a Poker Pro”. Both ventures will again expose more Slovaks to poker, and no doubt increase the interest in the country.

However, perhaps one of the most obvious indications of poker gaining a foothold in Slovakia is the recent argument over the game’s legal classification – a familiar bone of contention in countless other countries. Poker enthusiasts have long campaigned for poker to be regarded as a game of skill, rather than of pure chance, aligning it more with the likes of bridge or chess than traditional casino games such as roulette or blackjack.

Typically there is much looser legislation governing skill games than those of luck, which are often taxed at a higher rate and require a specific licence.

The Slovak Parliament adopted a revision, effective from April 2010, designating poker a “game of risk” in which “the result depends exclusively or mostly on chance,” according to Stieranková of the Monte Carlo Poker Club.

Although the designation might appear to be a blow to poker purists, who insist a player’s skill is the most important factor, the ruling was broadly welcomed by club owners.

“We are glad that a legislative background was made for poker because before that, poker was not ranked anywhere or defined,” said Jozef Jankovich, the current poker manager of Golden Vegas. Clubs are now required to acquire a licence for each poker table in their premises.

Although the top players will attempt to minimise the luck factor in poker, the game’s variance is actually one of its most appealing aspects for the beginner, according to Palovič.

“It is a huge advantage in poker, if you compare it with all other sports. About 20 percent is still luck, and that keeps everyone playing, because everyone has the chance to win the tournament and the money… But it’s different from roulette and blackjack too. That's gambling, because you cannot influence the result. When you're playing poker, almost everything is in your hands.”

The main concern now among Slovak poker players and entrepreneurs is consolidating the existing market and not overstretching.

“There are not enough players for 10 clubs to survive,” said Jankovich, who also mentioned that the economic crisis has necessarily hit poker too. But he added that the return of the World Poker Tour is scheduled for March, and that he expected at least 200 players to enter the Slovak National Championships, also scheduled for spring, where there will also be a ladies-only event, designed to encourage women players to take up poker.

And although Palovič will continue to sport the Slovak colours around the poker tables of the world, he has also committed himself to making more frequent appearances in Bratislava too, saying his money is as good as anyone else’s.