FROSTS and snowfalls are expected to last well into early spring in Slovakia, particularly in the vicinity of cinemas, galleries and other cultural venues, and this particular blizzard of culture will be especially appreciated by enthusiasts and sponsors of Nordic culture. 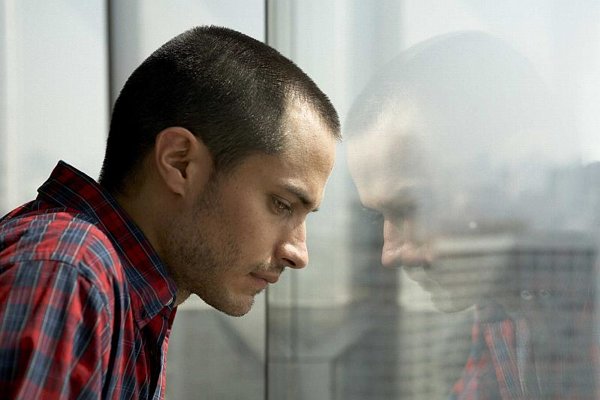 FROSTS and snowfalls are expected to last well into early spring in Slovakia, particularly in the vicinity of cinemas, galleries and other cultural venues, and this particular blizzard of culture will be especially appreciated by enthusiasts and sponsors of Nordic culture.

The first cultural snowstorm to hit Bratislava in the upcoming days will be Nordfest, the annual film festival showcasing the best of current Scandinavian cinema. Organised by the Stoptime agency and supported by the Finnish, Norwegian and Danish embassies in Slovakia, the event will start on February 11 and continue through March 2.

As many as 16 movies in all will be screened at the Nostalgia Film Club, one of the most popular art-house cinemas in the country.

These include four Slovak pre-premieres, including A Somewhat Gentle Man, a 2010 Norwegian comedy directed by Hans Petter Moland that was nominated for a Golden Bear at the 60th Berlinale, and Reykjavik Whale Watching Massacre, Icelandic director Júlíus Kemp’s 2009 horror film about a group of shipwrecked whale watchers.

Cinemagoers can also look forward to seeing the award-winning Videocracy by Swedish-Italian Erik Gandini about Silvio Berlusconi’s hold on the Italian media as well as Daniel Alfredson’s renderings of two parts of the bestselling Swedish Millennium Trilogy, and Mammoth, by acclaimed Swedish director Lukas Moodysson.

While their themes and genres are varied, the movies presented at Nordfest this year share many features, said cinema theorist Peter Gavalier, who has been in charge of the festival’s programme.

“Scandinavian cinema often addresses the issue of human isolation in the modern world, which is also the case of most pieces we have chosen for this edition,” he told The Slovak Spectator.
As Gavalier further explained, contemporary Nordic cinema occupies a very particular position within the European film scene.

“It is characterised by an authentic, far-from-trivial, yet accessible style, able to explore universal themes through a wide variety of genres,” he said.

Lenka Krajčíková, marketing manager at Stoptime, added that though Nordic films are rather complex and therefore popular mainly among film connoisseurs, the common stereotype that they are all sad and gloomy is not to be trusted.

“Scandinavians do have a great sense of humour, particularly at unexpected moments,” she remarked. “And Slovaks obviously appreciate the atmosphere of Nordic movies, as the turnout at the previous editions of Nordfest was always very high.”

Indeed, more than 2,200 people attended the festival in 2010, with some screenings having drawn more than 300 viewers.

Krajčíková said she hoped that the upcoming fourth edition, which features six more films than the previous one, will be even more successful.

“Nothing encourages us more than seeing a fully crowded cinema,” she stated.

It seems that this enthusiasm for Nordic culture is not a short-term fluctuation of climate: cultural programmes focused on Scandinavia have been multiplying and everything suggests they will continue to do so.

Torgal Stahl, first secretary at the Norwegian Embassy in Bratislava, said that Norway has been trying to increase the presence of his country’s culture in Slovakia.

It was with this aim in mind that the embassy recently prepared, for example, a series of events in 2010 to commemorate the centennial of the death of Bjornstjerne Bjornson, a famous Nobel Prize winning writer and political activist as well as two performances by Jan Garbarek, a world-famous jazz musician.

However, the highlight in 2010 was undoubtedly the Norwegian royal state visit to Slovakia, said Stahl.

“Their Majesties and the presidential couple attended several cultural events, including the opening of an exhibition about Bjornson,” he told The Slovak Spectator.

Other major events included a Norwegian-Slovak art workshop in Banská Štiavnica and Norway’s participation in Slovakia’s 2010 Socha a objekt (Sculpture and Object) exhibition.

“Norway was actually the principal exhibitor, with 13 Norwegian authors showing their works in Bratislava,” Stahl stated.

In the upcoming period, the embassy is planning to foster co-operation between Slovakia’s ÚĽUV folklore museum and its Norwegian counterpart, with a special focus on traditional costumes. In addition, more artists will be invited to take part in the next edition of Sculpture and Object to be held in July and August, and further projects about Bjornson might be developed.

Finally, the end of 2011 will be marked by an exhibition on Norwegian arts and crafts that will take place in Bratislava.

Aleksi Vakkuri, counsellor and deputy head of mission at the Embassy of Finland, said that the Finnish diplomatic bureau also tries “to promote and facilitate cultural co-operation between Finland and Slovakia in any way we can”, adding that due to limited resources, the Finnish embassy primarily supports existing initiatives.

Vakkuri said that one of the events that enjoyed the biggest success last year was an exhibition entitled “Fire and Ice: the Finnish Glass Design Made in Murano”.

Co-organised with the Slovak Ministry of Culture, the exhibition featured design items obtained from the Finnish Glass Museum as well as from private collections, and “turned out to be very popular and drew many visitors”, the counsellor remarked.

In the next few months, the embassy will focus its attention on the forthcoming Ice Hockey World Championship and its side events, Vakkuri added.

“Naturally, we will not neglect other cultural programmes, but let us hope that the biggest Finnish-Slovak event in 2011 will be the one scheduled on Sunday, May 15 [the gold medal game],” he somewhat jokingly told The Slovak Spectator.

In the meantime, those interested can, for instance, admire Finnish landscapes as seen by the Austrian photographer Gerlinde Miesenböck. Her large-scale photographs are being showcased at Bratislava’s Central European House of Photography until February 27.

But diplomats are not alone in fostering contacts between Slovaks and the peoples of Scandinavia; informal networks have emerged as well.

A good example is the Kierkegaard Society in Slovakia, established in 2007 by Roman Králik, an associate professor and philosopher, to honour the famous Danish philosopher’s legacy.

Over the course of its short existence, the Kierkegaard Society, based in the western Slovak town of Šaľa, has cooperated with some of the world’s most prestigious research centres and colleges, including the University of Toronto, Baylor University and the American Academy of Religion, and regularly co-organises international conferences on Soren Kierkegaard’s philosophy.

Moreover, Králik started the project called Acta Kierkegaardiana, the aim of which is to produce a ten-volume series of studies dealing with Kierkegaard’s philosophical thought. So far, four volumes have been published as part of the project.

“Our international success is both a commitment and a motivation for our future activities,” Králik told The Slovak Spectator, adding that in 2011 alone, four new books on Kierkegaard will be published by his organisation.

“I was delighted to see how devoted Mr Králik and his team are to Kierkegaard’s work, and I will certainly support their publication plans,” Anita Hugau, the new Danish ambassador to Slovakia, said during a visit to Šaľa.

Her predecessor, H. E. Jørgen Munk Rasmussen, visited the Kierkegaard Society in Slovakia as many as seven times.


Slovaks have something to offer as well


While some Slovaks are striving to promote the Scandinavian culture in Slovakia, others have left their homes to pursue their own, personal diplomatic missions in Nordic countries.

This is the case of Alexandra Salmela, a young Slovak writer who lives in Tampere, Finland, who has adopted Finnish as the language of her literary creation.

In 2010, Salmela won the Helsingin Sanomat award worth €15,000 for her debut work, 27 Elikuolema tekee taiteilijan (27, or Death Makes an Artist) and was nominated for the renowned Finlandia Prize – the first non-native Finnish writer to ever be nominated.

In December 2010, Salmela’s book was the best-selling novel in Finland.

“The author’s fluent storytelling and unusual disposition are unlike anything we have experienced so far on these latitudes,” wrote the Helsingin Sanomat daily. “Adding a touch of the unusual makes the young female Finn’s odyssey much more interesting! You have to read this book till the end to find out.”

If you wish to find out, however, you must be patient – unless you can read Finnish. The release dates for either its English or Slovak versions have not yet been announced.