IT’S time to park the pedal boats, pick a few more mushrooms, and drink the last of the holiday Kofola. September is here and school is calling (škola volá). 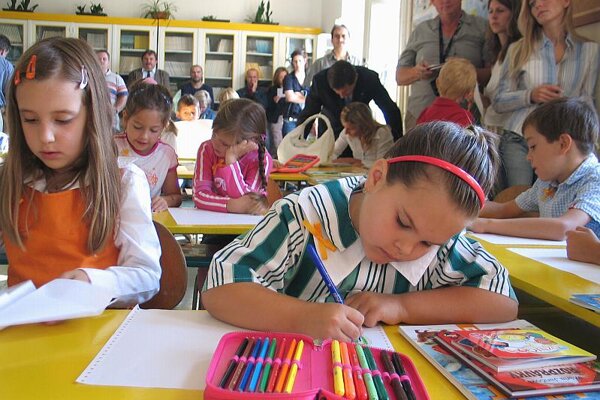 IT’S time to park the pedal boats, pick a few more mushrooms, and drink the last of the holiday Kofola. September is here and school is calling (škola volá).

But one person who is not picking up is Eugen Jurzyca. There seems to be broad political consensus that the education minister, a thoughtful and likeable figure with no previous experience in politics, is underperforming. “The education minister is like Inspector Colombo’s wife. We all know he exists, but no one has ever seen him. I swear to God I can’t remember when I last saw him in parliament. If I weren’t in politics for 20 years, I wouldn’t have a clue there is such a person,” said opposition leader Robert Fico when he talked recently about the government’s first year.

Even Prime Minister Iveta Radičová said that she is not satisfied: “I give him a bad mark, because of the non-reform. Not that he did anything wrong. He just didn’t do what was expected.” She went on to say that Jurzyca is “a highly intelligent, educated and responsible man”, but did not forget to stress “that he himself would probably acknowledge that the PM was his starter”.

There are innumerable problems troubling the Slovak education system – elementary schools lack textbooks, universities are suspected of handing out undeserved degrees, European funds are not being used properly, there is a lack of money and teachers at all levels, and the country doesn’t come out well in international comparative studies.

It is true that many factors limit what any minister could do. Universities enjoy a high degree of independence, so it’s difficult to impose any change on them from the outside. Finding additional funds at a time of cuts is no easy task. The country doesn’t have enough good pedagogues and high schools to catch up with the West in the number of people with university titles without compromising on quality.

But even today, there are things a minister can do. And as Justice Minister Lucia Žitňanská proves, if a system is not working one can even go as far as to try to change its foundations.

For the sake of the country let’s hope Jurzyca’s slow start will be followed by a more convincing performance. The holidays are over, work is calling.