A SLOVAK court’s decision to block publication of an unfinished book about alleged high-level political corruption being written by investigative journalist Tom Nicholson, a former editor-in-chief of this newspaper, has been described by critics as censorship. 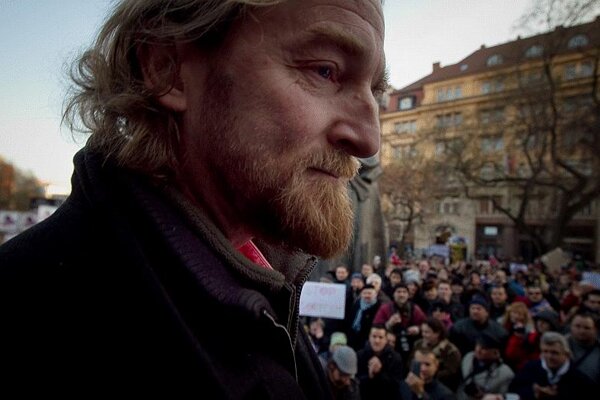 A SLOVAK court’s decision to block publication of an unfinished book about alleged high-level political corruption being written by investigative journalist Tom Nicholson, a former editor-in-chief of this newspaper, has been described by critics as censorship.

In a ruling issued in early February the Bratislava I District Court ordered Nicholson’s publisher, Petit Press, which also publishes The Slovak Spectator, to desist from publishing the book or any other documents based on the so-called Gorilla file, a document which purports to describe conversations covertly recorded by the country’s SIS intelligence service between 2005 and 2006 which suggest that corrupt links may have existed between senior politicians, government officials and businesspeople. The file is already accessible on the internet. The court also ordered Nicholson to submit his final manuscript as well as documents that he had gathered in order to write the book, the Sme daily reported.

The presiding judge, Branislav Král, argued that he had weighed only two rights in reaching his judgement: the plaintiff’s right to protection of his person; and Nicholson’s right to free expression.

Prime Minister Iveta Radičová called the court’s decision a violation of the right to free speech. “It [the book] is not Mein Kampf,” Radičová said.

“I strongly object to [the ruling], but I cannot do anything more so as not to interfere in the independence of the courts.”

The court issued its preliminary injunction in response to a complaint submitted by Jaroslav Haščák, co-owner of the Penta financial group, whose name features heavily in the Gorilla file in association with conversations he is alleged to have had with senior officials and politicians from the ruling coalition and the opposition in 2005 and 2006.

Múdry told The Slovak Spectator that the court’s decision in fact represented “preventive censorship, since the book has not yet been published and no one except the author knows what is in it”.

“This is how totalitarian regimes proceed,” Múdry continued. “Suspicions of large-scale corruption are in question and public funds are involved. In such a case the public interest must be placed above the protection of the reputation of an individual, whoever that person is.”

Múdry said that the ruling could create a precedent if a higher court did not reverse it.
The judge argued that he could have been regarded as practising censorship if he had sought to protect the state or any other form of government.

“It was necessary to judge very sensitively to which right I should attribute greater protection,” Král said, as quoted by Sme. “I claim that it is the right to protection [from defamation] of the individual”.

Nevertheless, his decision means that a court has effectively banned a book which has not even been published and whose content is unknown.

“I think that they [Penta] are more likely to cause harm to themselves than to me by such a ruling,” Nicholson, a former reporter for Sme and a former editor-in-chief of The Slovak Spectator, told the TASR newswire.

In response to the court’s order that Nicholson submit his manuscript, he said that he was not certain that he still had it in his possession.

It emerged soon after the Král ruling that Judge Daša Kontríková, who happened to be presiding in a simultaneous lawsuit, had turned down a request by Zoltán Varga, the owner of an apartment where the SIS is alleged to have covertly recorded conversations described in the Gorilla file, to halt publication of Nicholson’s book, Sme reported.

Král is the same district court judge who last year ordered former Slovak president Michal Kováč to apologise to former SIS director Ivan Lexa and to pay him compensation of €3,319 for statements Kováč had made linking Lexa to the 1995 abduction of his son, Michal Kováč Jr. All investigations into the abduction, and into suspicions that the SIS was involved, were halted by blanket amnesties issued by acting president Vladimír Mečiar, Lexa’s political patron, in 1998.

Sme reported that Král had also ruled in a case involving businesses controlled by Penta. It was Král who referred to the Constitutional Court a case to decide whether a ban on public health insurers retaining their profits, which stemmed from a law passed by the government of Robert Fico, was in line with the constitution. One of the insurers, Dôvera, is owned by Penta.

“The Slovak Constitution explicitly states that censorship is banned,” Múdry argued, adding that the lower court is interpreting the constitution in its own way and that the judge had argued in favour of another basic human right, the right to protection of the individual. “The right of the public to information about suspicions of corruption in a state which declares that it is fighting against corruption must be placed above [the right to protection of an individual]. But if the courts adopt this argument in the way the Bratislava District Court has formulated it, then it will be impossible to write about corruption, and investigative journalism will be over in Slovakia.”

As for the argument of the judge that it would have been censorship only if he had protected the state or any other form of government, Múdry posed the question: “What difference does this make? There are suspicions of corruption in question. He has to protect rights, thus also the right of the public to information.”

Múdry also added that no state secrets or confidential information were involved, but rather suspicions of corruption.

Alexej Fulmek of Petit Press, speaking in a televised interview with TV Sme, the online broadcast arm of the Sme daily (which is also published by Petit Press), said that though he does not like to make blanket characterisations, the decision reminded him of censorship practices since the “judge assumes that this publishing house is not able to assess a text or manuscript from a legal point of view before publishing it so that it does not violate any person[’s rights]”.

Fulmek said that his publishing house is ready to accept the decision of the court “because we are people who respect the basic rules of the country and particular bodies. Yet it will not prevent us from making comments about it. I do not consider it a fortunate decision but I will respect it.”
In terms of the judgement’s practical implications, Fulmek said that the publishing house would hand over all the documents associated with the book as demanded by the court.

“Our interpretation is that it [the decision] is not so wide that it binds any of our 31 media outlets, which means that in terms of journalistic proceedings we will continue to cover this issue as we have been covering it so far,” said Fulmek. “I dare to say that we are covering it very carefully because we understand that we can publish only things that are confirmed and we also understand that the material, as it was published in a non-standard way, on the internet, evokes concerns about whether it is authentic as a whole.”

The IPI said that it would inform its partner organisations abroad about the decision, while carefully monitoring developments in the case and supporting Nicholson and Petit Press so that they could exercise their right to freedom of speech and expression.

“As long as we are in a law-based state, every individual or organisation has a right to claim their rights in a legal way,” said Penta spokesman Martin Danko, as quoted by TASR. He refused to comment on the group’s next legal steps.

Lawyers from Škubla & Partners representing Haščák said in a statement that the Bratislava I District Court’s decision to temporarily ban Nicholson from publishing his book on the Gorilla case does not imply that people are banned from reading what is on the internet or from drawing their own conclusions.

“The ban’s purpose is to stop illegal activities by those who are trying, via their status, to present this pamphlet as something true and legal,” read the statement, as reported by the TASR newswire on February 8.

An individual’s right to protection from defamation and that of freedom of speech, according to the lawyers, are absolute rights and neither of them can be placed above the other. Haščák’s lawyers argue that the document that the book is reportedly based on was not acquired legally and thus cannot be disseminated while “any conclusions based on such a document violate the plaintiff’s rights”, TASR wrote.