THE POPULATION of Slovakia is older, on average, than it was a decade ago and the number of people identifying themselves as Hungarians, Catholics and even Slovaks is declining. There are now more people with a university education, and more people who choose not to reveal their religion or do not identify with any church. All these are among the initial findings from last year’s national census. 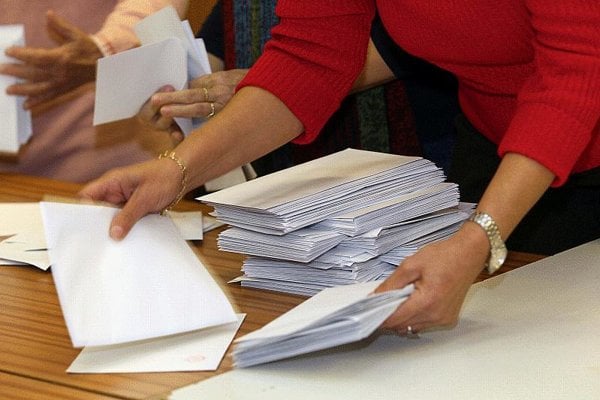 THE POPULATION of Slovakia is older, on average, than it was a decade ago and the number of people identifying themselves as Hungarians, Catholics and even Slovaks is declining. There are now more people with a university education, and more people who choose not to reveal their religion or do not identify with any church. All these are among the initial findings from last year’s national census.

As of May 21, 2011 Slovakia had 5,397,036 permanent residents, 17,581 more than in the previous census in 2001. That represents population growth of just 0.33 percent growth between 2001 and 2011, the lowest in Slovakia’s history, said Ľudmila Benkovičová, head of the Statistics Office national statistics authority.

“Compared to the situation from ten years ago, the most significant drop was in the number of people in their pre-productive age, which is 14,” Benkovičová said as quoted by the SITA newswire, adding that while back in 2001 there were over a million such people today the number stands at 826,000.

Nevertheless, the number of people who refused to state their ethnicity grew considerably compared to 2001: they now account for 382,500 people, or 7 percent of all respondents. In 2001 only 1 percent of the population refused to identify with a single ethnicity.

The situation was quite similar in relation to people’s identification with religions: last year 571,437 people, or 10.6 percent of the population, refused to declare their religion; in 2001 the number stood at 3 percent, according to the Statistics Office.

Last year, some citizens refused to fill out census forms or returned forms without a numerical identifier, arguing that the procedures of the 2011 census – which cost €30 million to conduct – violated their right to privacy. Critics also said that residents were poorly informed about census procedures. Repeated assurances by the statistics authority that personal data collected by census-takers would remain anonymous were not universally accepted.

The number of people describing themselves as either as Slovak or Hungarian fell between 2001 and 2011, according to the census. Of the total population, 4,352,775 described themselves as Slovaks. This group constituted 80.7 percent of the population, 5 percentage points lower than in 2001.

“It is necessary to slow down the assimilation of the Hungarian minority,” said the chairman of the Most-Híd party, Béla Bugár, himself a Hungarian, as quoted by SITA, adding that it was known that there would be some decline among people stating that they were ethnic Hungarians but the important thing was that it was not steep.

Bugár also said that it is hard to say whether the decline in Hungarian numbers is really 62,000 people because there was a fairly large number who did not state their nationality.

According to the census, 9.4 percent of the population stated that Hungarian was their mother tongue.

As for the declining number of Catholics, the Conference of Slovak Bishops (KBS) attributed this trend to the 40-year “atheisation” that it said took place before 1989 and added that it did not believe there had been any dramatic change in Slovaks’ religiosity recently.

“The process of the census was accompanied by several complications such as technical problems as well as the growing distrust of citizens towards the state and public institutions,” reads the KBS statement, as quoted by SITA.