ECHR rules on another forced sterilisation in Slovakia

THOUGH sterilisation of women without their prior, informed consent are prohibited by a 2004 amendment to the law on health care, Slovakia is still dealing with earlier incidents of forced or uninformed sterilisations of Roma women performed at several hospitals in the country. In a recent ruling, the European Court of Human Rights (ECHR) found that the rights of a Roma woman were violated in an uninformed, forced sterilisation and awarded her €30,000 in compensation. 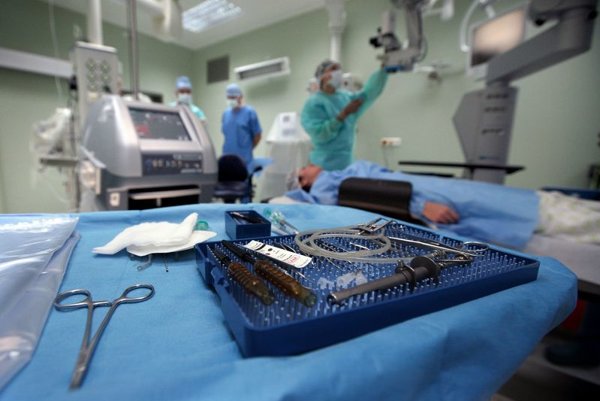 THOUGH sterilisation of women without their prior, informed consent are prohibited by a 2004 amendment to the law on health care, Slovakia is still dealing with earlier incidents of forced or uninformed sterilisations of Roma women performed at several hospitals in the country. In a recent ruling, the European Court of Human Rights (ECHR) found that the rights of a Roma woman were violated in an uninformed, forced sterilisation and awarded her €30,000 in compensation.

The court ruled that several human rights protected by European legislation had been violated but rejected several other assertions by the plaintiff, including allegations that the doctors had acted in bad faith and that her sterilisation was part of an organised plan by the Slovak government, the ECHR wrote on its website.

Though the 29-year-old woman from Nálepkovo, identified only as N. B., did not receive the amount of compensation she originally sought, Vanda Durbáková, the attorney from the Advisory Centre for Civil and Human Rights in Košice who represented the Roma woman before the court, welcomed the verdict.

“It is positive that N. B. has obtained adequate compensation after many years, though it was unfortunately only on the international level,” Durbáková told The Slovak Spectator.

N. B. sued Slovakia for allowing her forced sterilisation by means of a tubal ligation at the gynaecology and obstetrics department of the Gelnica hospital in 2001, after she delivered her second child, according to the court decision as published on the ECHR website.

The medical record indicates that N. B. was admitted to the hospital on April 25, 2001 and when her contractions started she was administered medication for an anticipated Caesarean section. Following a handwritten entry noting the administration of the medication, the medical record contains a typed entry on the next page, which stated she had requested a sterilisation procedure on her reproductive organs after the delivery. But the court found that she had not been informed about the irreversible nature of such a procedure or that she would not be able to have more children in the future.

N. B. later stated that she had been approached by a member of the medical staff who was carrying three A4-sized pieces of paper and that the staff member had taken her hand to help her sign the papers. She also testified that she had been in labour and had felt as if she were intoxicated while under the influence of the medication, saying that she had neither the strength nor the will to ask what the documents were about. She also testified that she remembered a doctor telling her that she would die unless she signed the papers and that was a reason why she had not objected to signing the papers with the assistance of the staff member.

The surgical report stated that after the child’s delivery the doctors discovered a rupture of the woman’s uterus that had probably been the result of secondary healing of a suture which had loosened during the course of her second pregnancy. The doctors stated that the woman’s life was at risk and decided for sterilisation in accordance with the request she had made prior to the operation, the ECHR ruling states.

N. B. filed a lawsuit in 2004 against the Gelnica hospital with the district court in Spišská Nová Ves which subsequently dismissed her suit, ruling that the sterilisation was performed to save her life.

In May 2008 the same district court reversed its ruling and awarded her €1,593, saying that the medical staff had failed to obtain informed consent to the sterilisation prior to the operation since she was underage and her legal representative had not signed such consent. The judges in that court did not agree that her human rights had been seriously violated.

Durbáková stressed that the ruling confirmed that a sterilisation done without the informed consent of the patient represents “a violation of the right of a woman guaranteed by the European convention [the Convention for the Protection of Human Rights and Fundamental Freedoms]”.

The attorney added that a woman close to giving birth who is “in pain and under the influence of drugs cannot freely decide about such a serious interference into her reproduction rights such as sterilisation and that medical staff can in no way decide on this issue instead of the patient”.

The ECHR released a similar verdict in November 2011 on behalf of a Roma woman only identified as V. C. from Prešov and awarded her €31,000 for being forcibly sterilised in 2000. The court stated in its verdict that the hospital at which the operation was performed had violated her right to protection against inhuman and humiliating behaviour as well as her private and family rights, the SITA newswire reported at that time.

The ECHR also rejected doctors’ claims that the sterilisation had to be done to save the woman’s life.

Durbáková told The Slovak Spectator that there are additional women in Slovakia who have been sterilised without their consent.

“The ruling is some kind of encouragement for Roma women and their belief in justice; at least we have been meeting with such reactions,” she said, adding that not all affected women are seeking judicial rulings for various reasons such as a lack of money or difficult access to legal assistance.

Durbáková told The Slovak Spectator that the ruling represents “another clear signal for the Slovak government to face the problem, to comprehensively investigate the practice and to create a mechanism to compensate its victims”.

“Despite the fact that the ECHR has decided in two cases that the rights of the sterilised Roma women were violated, the [Slovak] government has not yet taken these steps,” the attorney stated.