WHAT is the future of journalism? Are graduates of journalism prepared for real work in the media? These were some of the challenging questions discussed during the 60th anniversary of the Department of Journalism at the Comenius University (UK) in Bratislava. 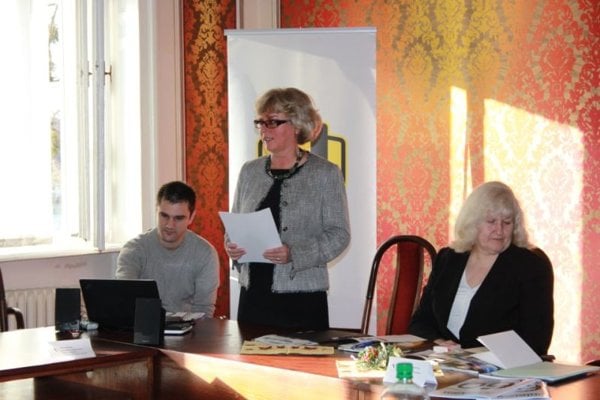 WHAT is the future of journalism? Are graduates of journalism prepared for real work in the media? These were some of the challenging questions discussed during the 60th anniversary of the Department of Journalism at the Comenius University (UK) in Bratislava.

To mark the anniversary, the school, which boasts of being the oldest journalism school at a university in Slovakia, held a conference called “60 Years of Graduate Journalism Education in Slovakia” on November 29.

“The most important trends are probably related to rapid and continual changes in the latest communication and information technology, increasing trends of tabloid content and the commercialisation of media,” Svetlana Hlavčáková, head of the journalism department, told The Slovak Spectator, adding “altogether it puts higher demands on the ethics of journalism and increasing responsibility on journalists.”

The department has tried several models of training journalists, Mária Follrichová, assistant professor of the department told The Slovak Spectator, adding that universal preparation of the students, both theoretical and technical, has proved sufficient. According to Follrichová, the department provides the students with grounding which, with the help of direct practical training in the media, can help them decide which area of journalism suits them the best for their future careers.

While trying to be universal the department also faces challenges, specifically insufficient equipment in both radio and television studios, according to Hlavčáková, who added that the school tries to compensate for it by establishing good relations with media outlets, where the students can gain experience.

However, Jaroslav Buček, assistant professor and former presenter with private television network Markíza, said technology is not the most important factor when training future journalists well.

“To teach somebody to ask a question, I am good [at this] even with a 100-year-old camera,” Buček told The Slovak Spectator, adding that what he really needs from the students is an appetite for learning and practising.

When asked if employers are satisfied with the school’s journalism graduates, Follrichová said that she has received only positive responses. Yet she added that the current trend is for editors to want ‘completed’ journalists who have already obtained their degrees, and they are no longer accepting student interns.

Hlavčáková stressed that the media should find ways to participate in the journalists’ education and sees common projects with them as an effective way of achieving that.

“I am glad that we succeeded in breaking [that] barrier and have began cooperating with [some] media which are interested in it.” Hlavčáková said.

The event was also attended by Fabrice Martin Plichta, a journalist with the Le Monde daily, and Wolfgang Duchkowitsch from the Institute for Media and Communication Science at Vienna University.