TRENČÍN hospital has the best maternity ward. Such is the opinion of both experts and mothers, according to the latest ranking of hospitals’ maternity wards. 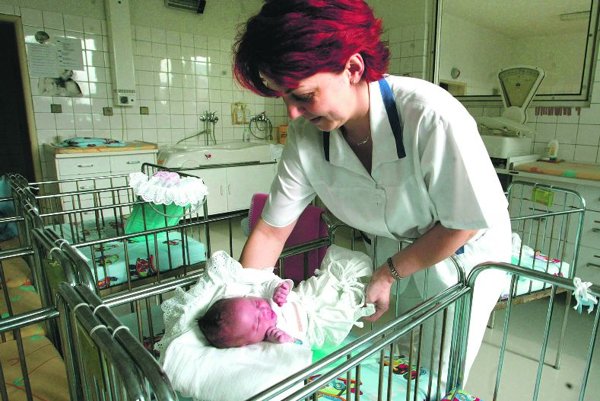 TRENČÍN hospital has the best maternity ward. Such is the opinion of both experts and mothers, according to the latest ranking of hospitals’ maternity wards.

The evaluation and ranking of maternity wards in Slovak hospitals is a project that has been conducted annually by the non-governmental think tank the Health Policy Institute (HPI) since February 2011. There is a separate ranking based on expert evaluation, evaluation of services provided by the ward to clients and evaluation by mothers who have recently delivered their babies in Slovak hospitals.

Trenčín hospital ranked first in the overall evaluation (all three rankings combined), followed by the maternity ward in the hospital in Čadca and Antolská Hospital (also known as the Hospital of Ss Cyril and Methodius) in Bratislava’s Petržalka district.

Trenčín also topped the ranking based on the evaluation of 14 experts, which takes into account, among other criteria, the frequency of caesarean sections, perinatal mortality and the frequency of C-sections among low-risk women.

A high percentage of C-sections is among the more alarming factors according to the expert evaluation. In Slovak hospitals, almost 30 percent of all births are performed with a C-section, with the World Health Organization (WHO) recommended rate being 15 percent. This is a problem in many countries, including those with advanced prenatal and birth care, such as the USA, Silvia Hnilicová, a medical doctor and the HPI’s expert overseeing the evaluation of hospitals project, admitted. Some women are afraid of labour and natural birth and tend to request C-sections as an easy way out, but they are often not fully aware of the potential risks involved. Educating the public through projects like hospital evaluations is thus essential.

“An educated mother can cooperate better during labour,” Hnilicová said, providing an example of expectant mothers in the US.

The ranking based on the evaluation of services, topped by the private Koch Sanatorium in Bratislava, evaluates the hospitals’ preparation for birth that they provide to pregnant women, the ability to be accompanied by another person at the birth, the equipment of the birth rooms and support for breastfeeding and bonding between mother and child.

The area of services often lags in some Slovak hospitals. Also, a lack of both privacy and opportunities to create a natural environment in the maternity ward for labour and birth have a negative impact on women’s experiences, according to Hnilicová. Mothers who decide to give birth to their babies at home often cite this as the reason why they refused to have hospital births.
It’s not always the money, but rather a different approach of the medical staff in the hospital that can make a big difference – incidentally, at a lower cost, Hnilicová noted.

“The main solutions are within people’s reach,” Hnilicová told The Slovak Spectator. “The doctors often feel that they are expected to be the leaders of the birth process, and not as those who assist the natural process of birth and who serve the clients – the women in labour.”

The HPI thus endorses a client approach, family support and respect for women’s rights. These are not always the norm in all Slovak hospitals. There are still wards where nurses are in charge of the children and bring them to their mothers for breastfeeding every three hours.

“Some of that is not an issue of finance; it could be easily changed from one day to another,” Hnilicová said.