€70m bus tender to be scrapped

AUTHORITIES of Bratislava have said they will scrap one of its biggest public tenders: the purchase of 80 new trolleybuses at a cost of €70 million without VAT. The main reason is that the procurer, Dopravný Podnik Bratislava (DPB), the city’s public transport company, received only one bid. 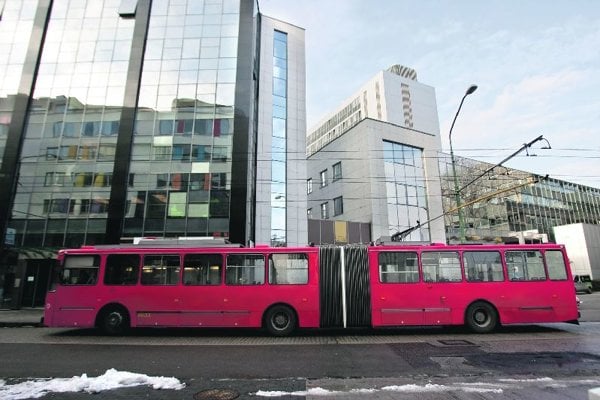 AUTHORITIES of Bratislava have said they will scrap one of its biggest public tenders: the purchase of 80 new trolleybuses at a cost of €70 million without VAT. The main reason is that the procurer, Dopravný Podnik Bratislava (DPB), the city’s public transport company, received only one bid.

The Public Procurement Office (ÚVO) suspended the competition at the beginning of the year after a potential bidder submitted a complaint about the conditions. The ÚVO’s verdict must be delivered before the tender can be formally dropped by the city.

Though the management of DPB has said that the competition was transparent, reports in the Slovak media have highlighted several conditions that seemed to favour the sole bidder.

“The tender, in the manner it was set, generated only one bidder,” said Milan Ftáčnik, the mayor of Bratislava, as quoted by the TASR newswire, after meeting Transport Minister Ján Počiatek on February 25. He added that “such a process is not appropriate”.

The most problematic conditions in the tender, according to the media, were the number of doors specified for each new vehicle, the vehicle weight, and certification requirements. Bidders could receive up to 100 points, 40 of which were awarded for price, 40 for meeting technical parameters, i.e. the number of doors and the weight of the vehicle, and 20 for maintenance. The DPB also set conditions for the length of the trolleybuses.

The DPB favoured five-door vehicles, claiming that this would reduce the time taken for passengers to enter and leave. This technical parameter was worth up to 14 points for bidders; however, bidders offering four-door vehicles received no points, the Sme daily wrote.

Ftáčnik’s decision to halt the tender came shortly after a visit by representatives of the European Commission, who met DPB managers on February 12. The aim of their visit was to check whether the tender, which involves EU funds, complied with EU rules on public procurement, Ingrid Ludviková, a spokesperson for the EC Representation in Slovakia, told The Slovak Spectator.

Ludviková added that following the meeting, the EC sent a letter on February 22 to the Transport Ministry, which manages the Operational Programme Transport through which the funding was to be channelled.

“The EC stated in the letter that it is not convinced that the conditions were set in a way that allows fair, transparent and non-discriminatory competition,” Ludviková said. She added that any further steps would be the responsibility of the Transport Ministry.

DPB spokesperson Agáta Staneková told The Slovak Spectator that the company “will not respond to political statements, and hopes they will not have an influence on the decision of the ÚVO”. She added that the company would respond to all questions when the ÚVO gives its final decision on the complaint it is considering.

As well as new trolleybuses, the DPB wants to buy new trams by means of an electronic auction. In total, it plans to spend €286 million without VAT, 85 percent of which is due to come from EU structural funds. To qualify for the money the tender has to be completed and the vehicles delivered by August 2015, Sme reported.

Ftáčnik said he believes that the ÚVO will complete its investigation as soon as possible in order to allow a new tender to be organised within the next few weeks, Sme wrote.

Ftáčnik previously discussed the possibility of abandoning the trolleybus tender in mid January, shortly after the ÚVO launched its investigation. He said at the time that if the ÚVO objected to the conditions, he would ask the DPB to scrap the tender and announce a new one, the SITA newswire wrote.

After publication of the requirements for tender, several companies told Sme that they could not fulfil them. Moreover, some of them told the daily that the only company able to make the required bodywork for five-door vehicles of the appropriate length and weight was the Czech firm SOR Libchavy, which is partly owned by the J&T financial group. The company supplies its bodywork to Škoda Transportation, which was the sole bidder in the tender, Sme wrote.

However, Ľubomír Belfi, the head of DPB, denied the claims, saying that the tender conditions were transparent, and aimed at procuring modern vehicles which would decrease damage to the roads.

“We spent much time over [the preparation to make] the whole competition transparent, open, [and] not to limit anybody,” Belfi told a press conference held on January 15.

The complaint to the ÚVO was submitted by Teknoplast, a company based in Nové Zámky. It lodged complaints to the trolleybus tender, as well as two further tenders for trams, saying that there were various discriminatory elements in the announcement as well as the specification of the competition, SITA reported in mid January.

“Our collaborating company, a producer of trolleybuses, refused to submit a bid […] because of the short time given to prepare the bid and the discriminatory conditions,” said Miroslav Kondrlík, an authorised representative of Teknoplast, as quoted by SITA.

Belfi said that Teknoplast was not entitled to complain about the tenders since it does not produce trolleybuses. Moreover, he claimed that the firm contested the tender only because the DPB had terminated an agreement with it to supply spare parts.

Kondrlík responded that Belfi’s statements had only reassured Teknoplast that “he is bothered by our interest, or the interest of several companies, in participating in this public procurement process and in removing the discriminatory conditions”, SITA wrote.

The conditions were also criticised by several members of Bratislava’s city council and members of DPB’s board of directors and supervisory board, who claimed that they received the specifications only after the tender was launched, meaning they were unable to comment on them, Sme wrote.

Škoda successful in other Slovak cities

In addition to Bratislava, five towns in Slovakia operate trolleybuses. Three of them, Prešov, Žilina and Banská Bystrica, have recently bought new vehicles from Škoda Transportation. All the trolleybuses had bodywork made by SOR Libchavy.

As in the Bratislava competition, Škoda Transportation was the only bidder in all the tenders, Sme wrote on January 12.

A spokesperson for Škoda Transportation, Lubomíra Černá, said that the company succeeded in part because it is “the biggest producer of these vehicles within the European Union”.

“This success is mainly caused by [the fact that the company] is able to meet the wishes of customers,” Černá added, as quoted by Sme.

The only town which did not buy new trolleybuses was Košice, which is considering substituting them with regular buses. The town has already tested some new bus models – which were made by SOR Libchavy, Sme wrote.