The seat of the Trnava archbishop has been filled after it was left vacant a year ago when the widely popular Robert Bezák was recalled from the post in July 2012. 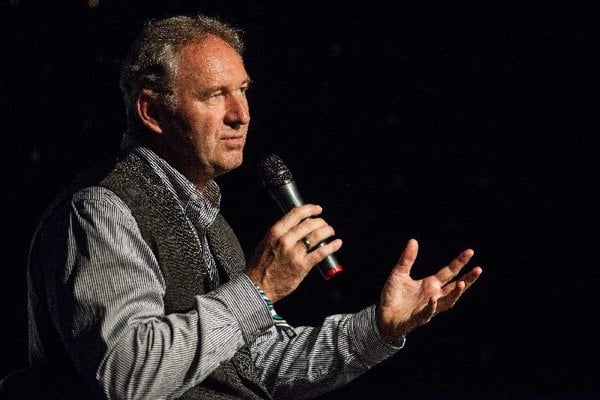 The seat of the Trnava archbishop has been filled after it was left vacant a year ago when the widely popular Robert Bezák was recalled from the post in July 2012. Bezák’s dismissal provoked unusual interest among the Slovak public in Church-related affairs, and sent hundreds of believers into the streets in silent protest. But with the former papal administrator of the archdiocese having been selected for the archbishop’s post, Bezák has suggested that he may leave the country.

Ján Orosch, the man who has been administering the archdiocese since Bezák’s dismissal, was appointed as the Trnava Archbishop on July 11, 2013, according to the official press release of the Conference of Bishops of Slovakia (KBS).

Orosch was born in Bratislava in 1953, and after a career as a parish priest in several small villages and later in Bratislava and Štúrovo, he was consecrated as a bishop in May 2004.

Personnel changes in the Trnava Archdiocese over the past year have provoked strong reactions among believers and unprecedented interest in Church-related issues among the wider Slovak public.

“The Bezák case has moved the Slovak Church so strongly that nobody expected it,” Church analyst Imrich Gazda told the TASR newswire, adding that it made people more perceptive to what is happening in the Church and the decisions it makes. He also said that it caused “many inner injuries and disappointments”, and that much remains unspoken.

A member of the Redemptorist order, Bezák was appointed Trnava’s archbishop in April 2009. This came as a surprise to many, especially because he was not even 50 years old at the time, and he thus became the youngest bishop in Slovakia.

Bezák came into the post after Ján Sokol left when he reached the age of 75, in accordance with Church tradition. Sokol has been criticised repeatedly for praising the wartime Nazi satellite Slovak state and for his alleged murky handling of the archdiocese’s finances. Shortly after replacing him, Bezák introduced numerous changes in the diocese, and claimed to be trying to open the Church up to more people. The Night of Churches, an event that has survived even after his dismissal, was one of his ideas.

Bezák became quite popular among the public. He used to appear at cultural events and concerts, and was often seen in casual attire. This, too, was among the reservations voiced against him by the Vatican after a visit from the Holy See, which eventually led to his dismissal.

Bezák was officially removed as archbishop on July 2, 2012 upon publication of an announcement in L’Osservatore Romano, the official daily newspaper of the Vatican. The Conference of Slovak Bishops (KBS) followed with a short statement: “Based on an apostolic visitation which took place between January 22 and February 1, 2012, the Holy Father recalled Róbert Bezák from pastoral management of the Trnava Archdiocese. We accept the decision of the Holy Father in the spirit of faith and filial obedience and we are asking for blessings for the church in Slovakia.”

Both the Vatican and the Slovak bishops refused to explain the reasons for the decision. On July 1, Bezák said that although all the letters he received from the Vatican referred to “serious accusations”, none were actually specified. He also stated that he believed that one reason for his removal may have been his criticism of his predecessor, Sokol, the Sme daily wrote.

Bezák was later forbidden from discussing the issue publically. However, the news TV channel TA3 published what it said were copies of correspondence between Bezák and the Vatican that preceded his recall. Some of the 11 questions levelled at Bezák by representatives of the Catholic Church, according to the documents, pertain to what the document calls his selection of priests with dubious backgrounds as his close associates, and alleged mockery of the cassock as a piece of clothing worn by sorcerers, plus his own decision to occasionally dress in jeans or sweatpants.

It seems that neither the Vatican nor top representatives of the Church in Slovakia anticipated the scale of the reaction to the Pope’s decision to recall Bezák. Hundreds of people came to Bratislava’s Main Square on July 10 to express their support for Bezák and attend a concert organised on behalf of the recalled archbishop.

Several such gatherings took place throughout the following year. Also, posters appeared in the streets of Trnava calling for the Church to explain Bezák’s dismissal, and calling Bezák “forever our archbishop”. The most recent gathering took place on the anniversary of Bezák’s dismissal, on July 2, 2013, in Bratislava. A group of about 600 people gathered for a prayer in front of the seat of the Papal Nuncio in Bratislava. The participants also wrote a letter to Pope Francis.

So did Bezák. Speaking during a public debate with Týždeň weekly editor Štefan Hríb at the Pohoda Festival in Trenčín on July 13, Bezák said he wrote many letters to Rome to defend himself, but never received a response, and now that his former assistant bishop has been appointed as the new archbishop, he understands that his case has been “put aside”.

“Even though people like me, Slovakia is closing to me at this point,” he said at the festival, adding that he is considering emigrating.

“It’s a bit sad to be a dissident, but if it will be necessary...” Bezák said. “Because I cannot live with the fact that people like me, applaud me. It’s not my life. My life is the mandate that I want to have. And if I have it elsewhere, I will follow it.”

He did not specify where he would go, but noted that he lived in Germany and Italy before.

“I wanted to offer my vision to Slovakia, the vision of Christianity where even those who are not living as Christians could feel good,” he said. He reiterated his idea that the Church should not act as an enlistment organisation for flawless people, because nobody is flawless, but it should instead open itself up to the world and accept the fact that unpleasant things (such as divorce) happen to people and they should not be condemned for that.

Bezák’s admission that he is prepared to leave the country came as a surprise, especially after he said in a recent interview with Sme (published on the first anniversary of his dismissal) that he is expected to go and live abroad, but he refuses to leave the country before he gets a chance to “clear his name” of certain allegations which have been voiced by some Church representatives and the Slovak media.

The Slovak Spectator’s interview with Bezak in 2011
Bezák recalled