THE FIRST exhibition to combine French and Slovak painters, La Belle Peinture II - Pekná maľba 2 (Pretty Painting 2), presents the works of 44 contemporary artists in Bratislava’s Pisztory Palace. Curators Ivan Jančár from Slovakia and Eva Hober from France sought to focus the exhibition on painting in contemporary art, a medium believed by some to be dying. 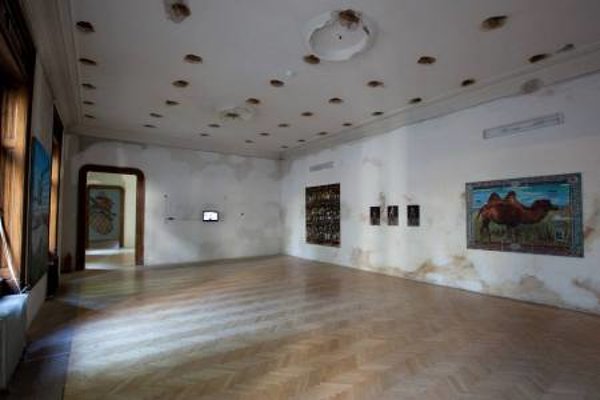 THE FIRST exhibition to combine French and Slovak painters, La Belle Peinture II - Pekná maľba 2 (Pretty Painting 2), presents the works of 44 contemporary artists in Bratislava’s Pisztory Palace. Curators Ivan Jančár from Slovakia and Eva Hober from France sought to focus the exhibition on painting in contemporary art, a medium believed by some to be dying.

“I often go to museums, as I live in Paris,” Hober told the Sme daily, “and I sometimes also visit the Louvre. I look at the old paintings, asking myself: how is this possible? How could all these artists have invented all this in their heads, in their studios, surrounded only by mysterious similes from the Bible? I am always astonished, and this is also why this exhibition shall be homage, a celebration of the painting that still survives.”

Hober has organised several similar exhibitions in other countries combining the works of French and local artists. When asked about the similarities between the Slovak and French artistic scenes today, Hober explained, “It is mainly the respect for the painting of ‘today’s masters’ and the way it still develops in the works of some artists. It cannot be stopped and it is ‘cool’ again.”

Both the Slovak and French works presented in the exhibition span all generations of contemporary art, and the pieces are not restricted to painting: there are also innovative techniques involving acrylic paint as well as other mediums, like videos and installations. While the paintings are stylistically diverse, they all have one thing in common: they fit perfectly in the setting of the old, partially dilapidated rooms of the Pisztory Palace at Štefánikova 25, which is a work of art in itself.

Among the works spread over two floors, it is advisable not to miss some of the less accessible pieces, like the painting Orange Hands by Andrej Dúbravský, set in a spectacularly-lit alcove, or the memorable animated film The Temptation of St Anthony by Antoine Roegiers (with music by Antoine Marchandez), which brings characters in Hieronymus Bosch’s paintings to life in a way that recalls the work of animator Terry Gilliam, with a touch of Salvador Dali.

“There has been no such vast presentation of paintings from both countries,” Jančár said, as quoted by the TASR newswire. “It is also a good comparison of contemporary Slovak art in an international context.”

The exhibition was accompanied by several one-off events, like Slovaquiche, in which traditional French quiche was prepared with typical Slovak ingredients, as well as the screening of a film powered by a bicycle. Although no further special events are scheduled, the exhibition itself can be seen until July 26, Wednesday through Sunday between 11:00 and 19:00. Admission is free. A catalogue documenting the exhibited works will be published after the exhibition wraps up, and will be available at the French Institute in Bratislava, which co-organised La Belle Peinture II with the Bratislava Street Art festival.