Rajka – A model for peaceful coexistence?

IT IS A late autumn afternoon and the highway from Bratislava to Rajka, a village in Hungary, starts to slowly fill up with cars sporting Slovak license plates. Once at the heart of border tensions between Slovakia and Hungary, the village is now a model of international coexistence. 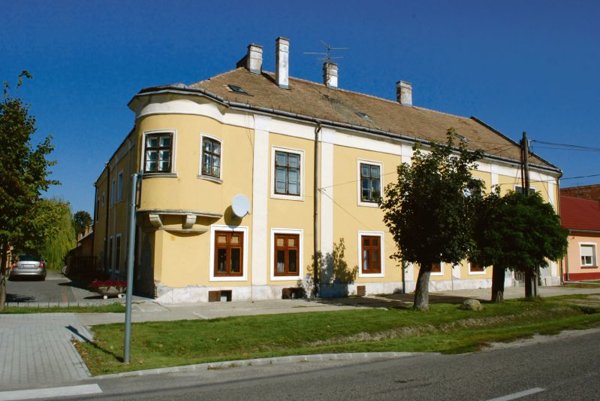 IT IS A late autumn afternoon and the highway from Bratislava to Rajka, a village in Hungary, starts to slowly fill up with cars sporting Slovak license plates. Once at the heart of border tensions between Slovakia and Hungary, the village is now a model of international coexistence.

In the 19th century, Rajka was inhabited mainly by Germans. Several waves of population shifts altered its demographic profile and by 2001 the village was almost purely Hungarian. But in more recent years, Rajka has seen Slovaks move there, seeking a lower cost of living just 25 kilometres from Bratislava’s city centre.

“Slovaks move to Rajka because of its convenient proximity and lovely nature, but particularly because of the low prices of properties,” said Vince Kiss, the mayor of Rajka.

The village has some 3,000 inhabitants, about half of which are now Slovaks. Since border checkpoints between Slovakia and Hungary were abolished in 2007, this trend has picked up and commuting is no longer complicated. With so many Slovaks already living there, it seems the trend will continue as long as the cost of living remains low. All this raises the question of who should be considered a minority in Rajka – a village in Hungary that may soon be predominantly Slovak, and a situation that is frequently reversed on the other side of the border.

As Slovakia and Hungary have had their share of diplomatic and cultural disputes in recent years, one might think that this sudden influx of foreigners into Rajka has caused problems. On the contrary, the scale and speed of the change has meant that a peaceful, if still cautious, coexistence has emerged.

Martin Piaček, a teacher and artist, moved to Rajka five years ago not only for economic reasons, but also because his wife is Hungarian. Rajka was a practical living situation for both.

“This is my home but I am a guest here at the same time,” Piaček told The Slovak Spectator. “We should keep this fact in our minds and behave according to that.”

“We are European citizens and therefore we have very similar concerns. It is important to avoid negative stereotypes and fear, and to counteract the level of self-interest,” Piaček continued.
Like other Hungarians in the village, Piaček’s wife Réka Szabó said she had “mixed feelings” about the influx of Slovak émigrés. “I can feel the tension as well,” she said.

Much of that tension seems to be as much about the urban orientation of the newcomers rather than their nationality.

“There is no typical behaviour of Slovaks in Rajka, but regarding their way of life, they consider themselves to be more bourgeois than creators of a small village community,” Kiss, the mayor, said.
Szabó agreed, and said: “The character of the village has definitely changed. Mostly this is a lifestyle change, caused by city people coming to the village with a city lifestyle.”

Slovaks use few of the village institutions, including health systems or schools. As many of them work in Bratislava, much of their tax money stays there.

At the same time the Hungarian villagers benefit from selling property and other day-to-day items, as well as seeing their own property increase in value. There are still cultural misunderstandings, but many of the Slovaks also seek to integrate themselves culturally in their new home, including by taking Hungarian language courses.

“I generally consider it necessary for the foreigners to be willing to learn at least basic conversations in the country where they live,” Piaček said. “The Hungarian language helps me to get to know more people and therefore in addition to spending our free time together, we can also cooperate in community services.”

Cultural exchange appears to be moving both ways. Another Slovak citizen in Rajka, Peter Onody, says the best place to bring the two nations together is in a pub. Somewhat conveniently, he also owns a pub in the village.

“That is why when I moved to Rajka, I started to run my own business and opened a Slovak pub,” he told The Slovak Spectator. “I meet people from both nations on a regular basis and I have never had any problem with me being a Slovak, nor have I felt any tension, despite the fact that we are still a minority here.”

As the pub door opens an older man rushed in and began speaking with Onody in Hungarian. After they both laughed, the old man clapped Onody on the back and left.

“You saw that?” he asked. “This is how we all get along. If there is an international tension, it is well-played manipulation directed by bad people.”