SOME six years after a major scandal, the names, addresses and commercial registration numbers behind the amorphous garage-based company Interblue Group are finally emerging after Swiss investigators passed the data on to Slovak authorities. 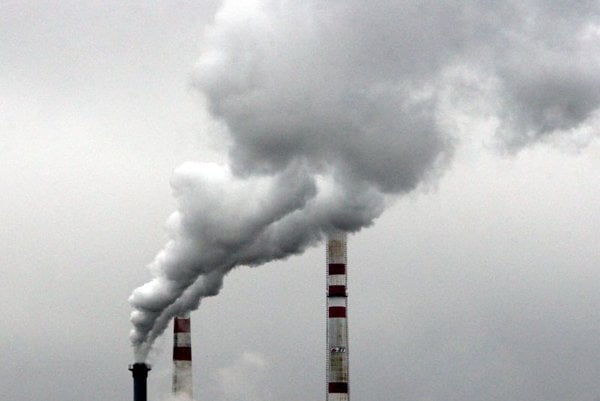 SOME six years after a major scandal, the names, addresses and commercial registration numbers behind the amorphous garage-based company Interblue Group are finally emerging after Swiss investigators passed the data on to Slovak authorities.

The fishy 2008 carbon dioxide emissions deal saw the state short-changed more than €47 million in one of the biggest scandals of the first government of Prime Minister Robert Fico. While the prosecution had previously been secretive about the details, on February 4 two sets of names from the cobweb of beneficiaries on the deal were made public. The Special Prosecutor’s Office and Daniel Lipšic, an opposition deputy and one-time interior minister, made the names public. The two lists, containing the names of all the companies and owners behind the scandal, were identical, save for one with close ties to the ruling Smer party that appeared on Lipšic’s list. The businessman denied any involvement.

Among the others implicated is a project manager who revealed his identity at a surprise press conference back in 2010, an arms trader, a Czech hotelier, as well as Interblue’s former authorised representative who resigned back in 2010 because of what she claimed was a “serious brain concussion” sustained during an encounter with a Slovak TV crew.

“The information was obtained as a result of legal help from judiciary bodies of the Swiss Confederation between 2010 and 2011,” Special Prosecution spokeswoman Jana Tökölyová told the press.

The opposition and presidential candidate Andrej Kiska had been calling on the government to share the available information on who allegedly pulled the strings in the emission deal, in order to exclude the possibility that people from Smer or close to the ruling party were involved.

Opposition parties even attempted to have a special parliamentary session over the deal but it was blocked by Smer deputies. In response, the opposition said it would pursue a no-confidence vote against Fico’s government. Given Smer’s majority in parliament this is a still-born initiative.

Fico has several times reiterated that his party had no involvement with the emissions scandal. The shady contract was masterminded by the Environment Ministry in 2008 when it was run by a nominee of the Slovak National Party (SNS), then in a ruling coalition with Smer. It saw Slovakia selling quotas to emit 15 million tonnes of carbon dioxide to Interblue at €5.05 per tonne, just as Slovakia’s neighbours were cashing in their quotas for nearly twice that price.

Ten companies divided the cash through a web of transactions among themselves, with six persons behind them, according to the documents.

The list published by the Special Prosecutor’s Office upon a request from Interior Minister Robert Kaliňák features arms trader Norbert Havalec and his wife Katarína Kubáňová, and Rastislav Bilas, the project manager of Interblue who in 2010 publicly announced himself unexpectedly after Interblue Group was named in connection with a Swiss money laundering investigation.

Financial Public Service, Milenium Trading, as well as Karex Food linked to Havalec, Bilas and Kubáňová, were listed by the prosecution as benefiting companies registered in Slovakia, while the companies registered abroad include Ossian Establishment Ltd., owned by Bilas; Atziox Ltd, owned by Havalec, Ján Smolen and the manager in Cyprus, Michalis Avraam; and HSBC Ltd, which is based in Hong-Kong with Japanese owners trading in emissions. Crataegus Development Inc, owned by Czech Marek Pleyer, who lives in Florida, is also on the list, as well as SS + AT (Pleyer and Camillus Braxtor of Liechtenstein) and Universal LLC (Pleyer, Braxtor). The company Onyx Trust Services AG, with Jana Lutken, the one-time authorised representative of Interblue Group, has also been named.

“The investigation has confirmed that no other commercial entity or natural person had business with Interblue Group LLC,” said Tökölyová.

The prosecutor’s list is almost identical in terms of the names and firms featured on the one shown by Lipšic at a press conference, except for one. Lipšic’s includes a Jozef B., indicated as the owner of Ossian Establishment.

The Sme daily obtained a similar list back in 2010. The head of the Christian Democratic Movement (KDH) party, according to Sme back in 2010, said that Jozef B. stood for Jozef Brhel, a businessman close to Smer.

“I have never in any way participated in the process of the emissions sale,” said Brhel in a statement provided by his media representative, Juraj Puchý, to the SITA newswire on February 4.

Brhel also said that he does not have any involvement in Ossian Establishment, Mendor Management or any other firms linked with the emissions case.

Lipšic handed the list he presented to General Prosecutor Jaromír Čižnár on January 23 and said he had known that the Swiss police delivered their findings to Slovak officials, but according to him, the former management of the general prosecution did not include it in the investigation file.

Lipšic plans to take a trip to Switzerland to try to confirm or refute the authenticity of the information with Swiss prosecutors, SITA reported. The case involved a profit at €123 million while €76 million flew to Slovakia, Lipšic said.

“I have nothing to hide,” said Bilas, a self-described former project manager, in March 2010 when confirming that former environment ministers Jaroslav Izák and Ján Chrbet, both nominees of the SNS, negotiated the quota deal with him and Havalec, who also worked as an advisor to the Environment Ministry under Izák. Bilas sent a statement to Sme on February 5 claiming that the deal was standard. He also restated that he is the only owner of Ossian Establishment involved in the deal, Sme reported.

Smer has not had anything to do with the emissions case and no party representative was involved in the 2008 emissions sale, Fico said, as quoted by SITA. On February 4, he lashed out at opposition deputies, saying that they are only trying to use the case to attack a presidential candidate, meaning Fico.

“It is an annoying trial of the opposition to abuse the floor of parliament,” Fico said.

Fico called it “ridiculous” that part of the media and the opposition have come forward with what he called an unofficial list of trading companies involved with Interblue Group, and he recalled that Sme presented such an unofficial document to Kaliňák in 2010 before the parliamentary elections.

The 2008 deal resulted in the dismissal of at least two ministers, as well as the SNS eventually losing political control of the ministry. The murky US-based firm was meanwhile dissolved and re-established itself as Interblue Group Europe, registered in Switzerland. Slovakia withdrew from the contract, which guaranteed Interblue the pre-emptive right to purchase additional quotas to emit 20 million tonnes of carbon dioxide, back in 2010. Slovakia has already sold a portion of the quotas to Spain. Interblue Group Europe is objecting to Slovakia’s withdrawal from the agreement.

In 2010, then-environment minister József Nagy filed a criminal complaint against Interblue for its failure to pay Slovakia €15 million as a clause in the sale contract, which stipulated that if Slovakia spent the proceeds from the original sale of the quotas within the ‘Green Investment Scheme’ (GIS) for environmental projects, the country would be eligible for a bonus payment of €1 per tonne, or €15 million in total, from Interblue.

However, despite the government spending millions of euros on a scheme to improve the thermal insulation of apartment blocks, Interblue has paid no more money to date. After six months, the special prosecutors turned down the complaint, arguing that the state originally had signed a maximally disadvantageous contract and thus the prosecution did not see any criminal intentions on the part of Interblue.

In late 2012, Interblue re-emerged, insisting that Slovakia should sell it quotas to emit 20 million tonnes of carbon dioxide based on the original contract. Slovakia said no to the firm in December 2012, with Environment Minister Peter Žiga saying that he has no legitimate partner with whom to negotiate and that the ministry has withdrawn from the contract as Interblue Group Europe has not proved that it is the legal successor of Interblue Group.

Last October, police shelved their investigation into the case, which started in 2009, arguing that the act was not a crime. The Environment Ministry appealed the decision to wind down the investigation, but the Special Prosecutor’s Office dismissed it at the end of 2013.

On January 9, Čižnár ordered an inquiry into whether halting the criminal prosecution in the emissions deal was justified.

The police in January 2014 confirmed that it received requested materials from Swiss officials detailing who benefited from the emissions deal. The materials are being inspected over suspicions of money laundering.