COMPANIES in Slovakia insist high electricity prices make them uncompetitive when compared with those abroad. While waiting for a proposal by the Economy Ministry about how to alleviate such concerns in the business sector, the Regulatory Office for Network Industries (ÚRSO) increased the charge for operating the national grid, one of six components making up the end-electricity price. 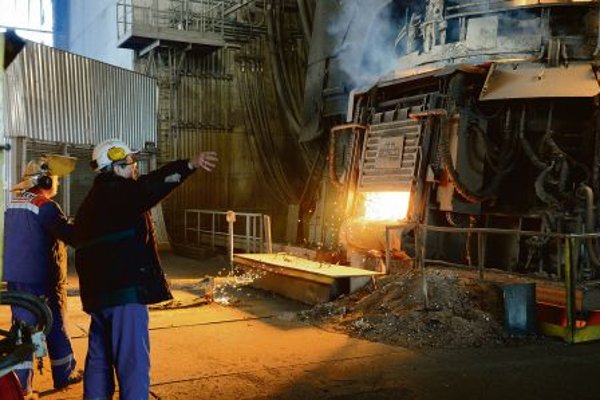 COMPANIES in Slovakia insist high electricity prices make them uncompetitive when compared with those abroad. While waiting for a proposal by the Economy Ministry about how to alleviate such concerns in the business sector, the Regulatory Office for Network Industries (ÚRSO) increased the charge for operating the national grid, one of six components making up the end-electricity price.

“During the time, when high energy prices are a topic of an extensive discussion within the whole European Union and roughly one month before the Economy Ministry should submit proposals for reduction of the same charge, we consider the step of ÚRSO to be controversial, moreover, passed without any consultation with the market participants, or any relevant, argumentative or analytically backed justification,” the National Union of Employers (RÚZ), Klub 500 and the Slovak Chamber of Commerce and Industry (SOPK) wrote in a joint statement on September 9, with AmCham, the American Chamber of Commerce in Slovakia, voicing its criticism on September 10.

ÚRSO increased, as of August 19, the charge for the operation of the national grid by €2 to €21.82 per megawatt hour, claiming that it did so in line with the law.

“Other objections of the signatories are none other than tools of permanent demagogic pressure,” ÚRSO spokesman Miroslav Lupták said, as quoted by the SITA newswire, adding that ÚRSO has explained its reasons for increasing the charge in the relevant document and will not comment further.

ÚRSO claimed that it had to increase the charge, otherwise there would start to grow a deficit in the system of support of green energy to be borne by distribution companies. However, the legislation puts it that it is consumers who should bear this burden.

“The end prices of electricity in Slovakia have been increasing since 2007 and for several years have been among the highest in Europe,” the statement reads, citing as an example that while on average, steelworks in the EU paid about €62 per MWh in 2012, in Slovakia it was more than €100 per MWh. “Paradoxically, the price of electricity as a commodity has had a downward trend over the last years, including in Slovakia. The regulated portion of the end electricity price is developing in the opposite direction, primarily as a consequence of the increase in the support for electricity generated from renewable sources.”

In Slovakia, distribution companies are obliged to purchase electricity produced from renewable resources within the green energy support scheme for set prices. They should use such energy for coverage of losses in their networks.

Especially problematic is solar energy, when the number of sunny days exceeded the estimation for 2014.

Energy analysts see the ÚRSO’s decision as controversial, but not surprising.

According to analyst Radovan Kazda from the energie-portal.sk website dedicated to energies, this was a very controversial decision as it was made suddenly and in a non-systematic way. Kazda also pointed out for The Slovak Spectator that the setting of the regulatory legislation in Slovakia does not enable a control by the public how ÚRSO is arriving at the prices.

The European Union also calls on Slovakia to take measures to make the Slovak energy market function better, and in particular to improve the transparency of the tariff-setting mechanism.
Jozef Badida, analyst of the energieprevas.sk website dedicated to energy, sees the increase as not surprising since the whole support of RES and highly effective production of electricity and heat or coal mining in the Horná Nitra region by operators of distribution networks has been labelled as deficient in the long run.

The employers’ organisations, whose members are also companies with electricity-intensive productions, point out that in energy intensive branches prices of energy make up as much as approximately 40 percent of total operating costs.

“Slovakia is one of the most energy intensive [EU] member countries also because it belongs to countries with the highest share of industry as a part of GDP,” the employers wrote, adding that the second most industrial country is the Czech Republic. “High prices of electricity automatically weaken the competitiveness of Slovakia’s industry and reduce performance of the whole economy which also gradually reflects in the decreasing trend of employment in manufacturing.”

AmCham, while expressing deep concern over the non systematic measure by ÚRSO, added that energy intensive companies in Slovakia face an exceptionally sharp global price competition multiplied by aftermaths of the crisis.

“European producers often have the duty to keep much stricter specifications, limits and legal limitations than their competitors from third countries, that, however, have an unlimited access to European or global markets.

“This is especially the case of European energy-intensive industrial branches, that have to meet merciless legal directives related to the environment and equally ambitious plans of the EU related to energy effectiveness which will require significant investments, while their competitors operating on the same market do not need to bear such costs,” wrote AmCham.

It also criticises increasing the charge for its unpredictability.

“Competitiveness of Slovakia’s industry as well as the general attractiveness of the investment environment in Slovakia is endangered by the constant and unpredictable rising of electricity prices in Slovakia,” AmCham wrote in its statement. “Predictability of the business environment is one of the most important aspects which investors ponder when entering or extending their activities in Slovakia. Prices of electricity for companies not only significantly endanger competitiveness of foreign and Slovak companies, but also prevent their expansion and inflow of new investments, either in industry or the IT sector.”

The chamber points out that high energy prices do not affect only industry, but influence negatively also sectors with added value.

“If Slovakia wants to become a knowledge-based economy and also attract investors in such sectors, then the government should ponder what costs investors in Slovakia have compared with our biggest competitors in the region as well as beyond, mainly because of high electricity prices,” AmCham wrote, adding that costs of energy and cooling make up the biggest shares, for example, when calculating total costs for construction of their own data centre.

Waiting for the Economy Ministry

Within the National Action Plan for the Slovak Steel Industry, the Economy Ministry was obliged to submit proposals to reduce the burden of high electricity prices by September 30.
However, the ministry has asked for an extra three weeks.

“We as the ministry have prepared material, which, however, we [need to] consult with the Finance Ministry,” Economy Minister Pavol Pavlis said during a discussion programme of the public broadcaster RTVS on October 5. According to the Pravda daily, these measures should affect the contributions to the National Nuclear Fund.

The charge and the contribution are two of six elements from which the end-electric energy in Slovakia is set.

“The contribution to the nuclear fund is at the level of about €3 per Megawatt hour and this contribution does not and will not solve the problem of high end-prices,” Tibor Gregor, executive director of Klub 500 told Pravda, seeing the biggest problem in the support of renewable energy sources via the charge for operating the national grid which in annual figures it increased from €71 million in 2010 to €406 million planned for 2014.

Klub 500 proposes that the state bears one third of the costs of renewable resources directly from the state budget.

The European Commission recommended in June that Slovakia take action within the period 2014-2015 and “step up efforts to make the energy market function better, in particular by increasing the public transparency of the regulatory framework and by exploring the determinants of the high electricity network charges, notably for industrial consumers”.

In Slovakia, energy prices for small companies and households are regulated, while in case of prices for the sector of corporate entities regulated are only some of its components, for example the charge for operating the national grid or the allocation for the National Nuclear Fund.

However, these in Slovakia make up a significant portion of the end price of the electricity. The employers write in their joint statement that the share of all regulated charges increased in Slovakia from 25 percent in 2007 to over 50 percent.

Estimating future energy prices might resemble looking into a crystal ball due to the high number of factors affecting electricity end-prices.

As Kazda summed up, installation of facilities generating electricity from RES had the biggest non-market influence over the electricity price in Europe. Moreover, this happened in a time when these technologies were very expensive.

“It seems that Europe has its boom as well as the peak behind it, and thus this component of the electricity price should grow much slower,” Kazda told The Slovak Spectator, adding that it is not possible to estimate the development of the market electricity price as it would depend on demand for electricity, capacities for its production and other factors. “However, presently there is enough, even excess, of electricity generation capacities in Europe,” said Kazda.

With respect to electricity prices in Slovakia, it will depend also on “how the new regulatory policy would be set and whether the cabinet would reform the operation of the regulatory office towards a bigger transparency”.