The industrial real estate market in Slovakia is slowly recovering from recent years of economic troubles, while market watchers expect the ‘built-to-suit’ market to lead the way in the coming years. The automotive industry remains one of the driving forces of the industrial space market, while growing e-commerce is also adding momentum. Another trend sees increased technological demands for industrial premises and a push for energy efficiency. 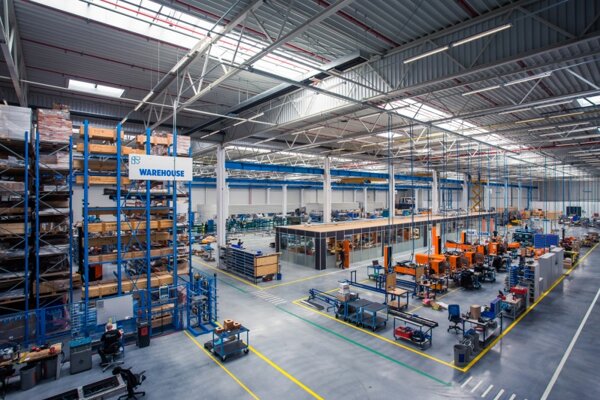 “The market of industrial real estate is starting to move and follow a trend of post-crisis revitalisation,” Martin Hudák from the industrial team at Cushman & Wakefield in Slovakia told The Slovak Spectator. Built-to-suit (BTS) projects continue to dominate, he said, noting that there is also room for some speculative projects, without any pre-leasing or commitment from tenants, but only up to a certain size.

Tomáš Ostatník from the department of industrial real estate at CBRE Slovensko expects the building of new premises at least partly for a concrete client to dominate Slovakia.

“The trend of speculative projects was definitively strangled during the crisis and the fact that investments have not flowing into Slovakia in such an abundant amount as in the past is also visible,” Ostatník told The Slovak Spectator.

Prologis sees the Slovak industrial real estate market as slowly recovering, especially in and around Bratislava, where it receives strong customer demand. Bratislava is ideally suited for domestic and international logistics operations, and combined with its skilled workforce, the capital is an obvious logistics hub in the region, Martin Polák, senior vice president and country manager of Prologis for the Czech Republic and Slovakia told The Slovak Spectator.

Peter Jánoši, country head of PointPark Properties (P3) in Slovakia also is witnessing the revival of the industrial space market. He recalled that Slovakia was perceived several years ago as an economic tiger with the potential for the development of its transportation infrastructure.

“This has also been reflected in the arrival of carmakers Kia and Peugeot and many retail companies,” said Jánoši. “Alas, transportation infrastructure is still not at a good level, especially since the fast connection with the east of Slovakia is missing.”

According to recent findings by Prologis, many companies intending to grow their business also need to expand their distribution space. Ostatník agrees, seeing as the current trends especially the relocation of existing companies from older to new premises. According to Hudák, trends in Slovakia mimic the development of the global economy, especially in terms of the automotive industry and e-commerce.

“From the long-term view especially the automotive industry is the driving force of the economy,” said Hudák, adding that related industrial supplementary services, either logistics or manufacturing ones, supplement this momentum.

P3 perceives as a new trend extending services of parcel service companies or offering services by logistics companies as a clear indication of the increase of trade via e-commerce.

International companies like Prologis, Goodman, P3 and Karimpol remain the biggest players on the market in Slovakia.

“The most dominant player especially on the highway D1 [connecting the west with the east of the country] is Prologis and on the D2 highway [leading from Bratislava to the Czech Republic] is P3,” said Ostatník.

According to Hudák, the four biggest players share the Bratislava market. “But in respect to revitalisation and some of these companies’ acquisitions it is possible to expect some news related to their growth,” he said.

Market watchers expect that construction of industrial space will mimic the growth of the automotive industry, and that the trend of centralising distribution centres of companies would continue while warehouse spaces would consolidate into so-called XXL hubs.

P3 expects the continuation of construction outside Bratislava Region, primarily in the BTS form.
Polák pointed out that Slovakia is one of the CEE markets with the lowest vacancy rate over a long term basis, and that Bratislava is becoming increasingly more important within the CEE region as a logistics hub, as it offers excellent access to larger key markets in the Czech Republic, Poland, Hungary and Austria.

“The growth of the market is not as fast as that of the Czech Republic or Poland, but we can see industries, such as the automotive, which have recorded improvements as well as e-commerce companies and third party logistics (3PL) providers,” said Polák.