Bosák raised a million dollars for Slovaks, made it to a US banknote

US BANKER Michal Bosák, a native from the Šariš region of Slovakia, was once the richest Slovak in the United States, who supported his compatriots and his name appeared on a 10-dollar banknote. 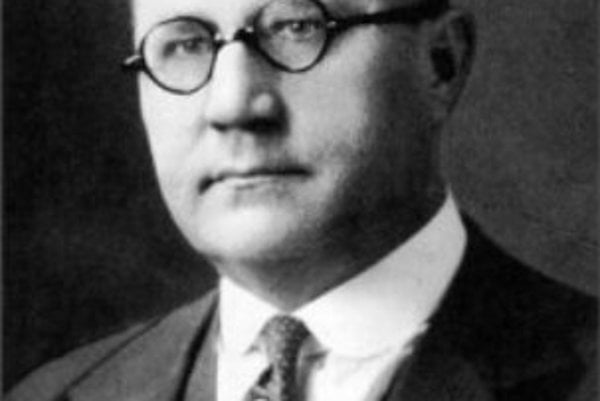 US BANKER Michal Bosák, a native from the Šariš region of Slovakia, was once the richest Slovak in the United States, who supported his compatriots and his name appeared on a 10-dollar banknote.

Born on December 10, 1869, Bosák in the village of Okrúhle in the Svidník district. He only attended school for four winters, helping at the family farm for the rest of the year.

In summer 1886, he left for the United States with his friend, having a single dollar in his pocket- and he even was stolen this banknote on the very first night, at the Castle Garden hostel in New York.

He started a new life in Hazelton, Pennsylvania, working first as a sorter of coal, then as a miner and construction worker on the new railway. In 1890, he moved to Freeland and distributed beer for merchant Michal Zemany, while meeting many Slovak expats. Here, he also met Zuzana Hudáková, whom he married.

In 1839, Bosák bought a small pub in Olyphant where Slovak community used to meet. In his free time, he learned English and completed his education, the TASR newswire wrote. Gradually, he started to help incoming Slovaks and his pub changed in to a shipping agency. In 1897, it turned into an alcohol wholesale, and he also opened a small bank, Michal Bosak Private Bank, and an agency of ship companies.

Later, he founded two more private banks, with most of their clients being Slovak immigrants. On November 1, 1915, he founded the Bosak State Bank (the biggest and most famous bank of Slovaks living in the US). His financial assets were growing, bringing him respect of US financiers and membership in boards of old, established US banks. He also supported and organised expats’ life.

During World War I, in may 1917, he organised a fundraising for the campaign for the independent Slovakia, raised one million USD, but the money got lost somewhere on its way to Slovakia (last traced in Prague).

Bosák took part in all expat events in the USA – he is also signed under the Pittsburgh Treaty that was the base for the forming of Czechoslovakia after the World War I.

He worked in many expat associations, published the Slovenská obrana magazine since 1920 and in 1927 in Danville founded Slovenská katolícka Matica školská cultural and educational institution.

In August 1920, he founded the American-Slovak Bank residing in Dunajská Street in Bratislava which had 1ľ more branches across Slovakia. In his home village, he ordered the construction of a school – it was built in the place of a pub and locals had to pledge that there will be no more pub in Okrúhle. It was the first construction of a new state elementary school in Czechoslovakia after the war. He donated it for a symbolic one crown. He also arranged the repair of a church in Prešov and gave money for renovation of the Stropkov church.

His assets were then estimated at USD15 million, but the collapse of New York stock exchange in 1929, followed by crisis, reduced it gradually and on September 5, 1931, Bosak State Bank in Scranton was closed. He was sued by many clients, but the court acquitted him. His last public activity was his visit to 32nd US president, Franklin D. Roosevelt on February 3, 1937, with other Slovak expats. Only a few days later, Bosák died waiting for a visit at the dentist. He is buried at the St Catherine cemetery in Moscow, Pennsylvania.