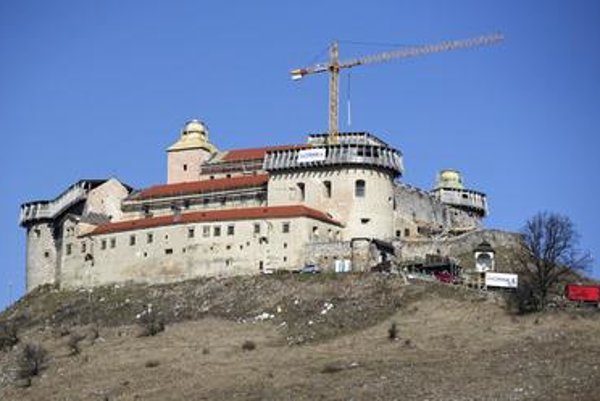 “If everything goes as scheduled, then I’d say that we’re more likely to open in 2018 after everything is completed,” Jasaň told the press on the third anniversary of a devastating fire that damaged the castle. “But you know, everything could still change.”

Alternatively, some parts of the castle may be opened earlier while work is still under way in other parts.

The castle had to be repaired after grass on the castle hill was set alight accidentally by two children from a nearby Roma settlement on March 10, 2012 and the fire spread to the castle roof and some of the rooms.

The first part of the work revolved around installing temporary roofing. The second stage has been under way since last year and involves installing permanent rafters and roofing. Hornex, the contractor, has committed itself to completing the work by November. A total of €1.5 million has been spent on the renovation to date.

“There have been no delays, partly due to the mild winter, but the organisation of the work is good, as well,” Jasaň said, as quoted by TASR. “There are no disruptions to the schedule whatsoever.”

The Culture Ministry is expected to call a selection procedure to pick a designer to revamp some visitor areas in and around the castle. This will constitute the third and final phase of renovation.