ADAM Cibuľa, former bodybuilder who tries to return to world-class competitions, is “a miracle of nature”, according to his trainer and friend Dušan Ďubek. 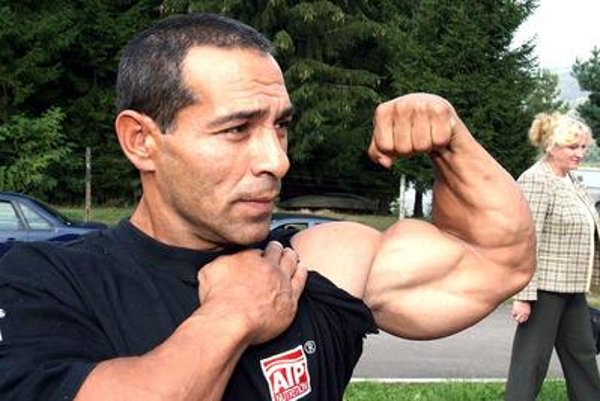 The Roma who was once a European champion and holds also medals from world championship turned fifty recently. He admitted for the Sme daily that it was this anniversary that made him re-consider his life and try to compete with much younger rivals – some of whom are younger than his children.

Cibuľa’s life could make for a good „Hollywood movie,“ Ďubek opined, describing the twists and turns from a poor childhood through a late discovery of his talents – the Roma was 27 when he started training, but became European champion is less than a year. Later, he held a total of 5 golden medals from European championship and two bronze medals from World Championship. He visited Korea, China, India, Russia, Dubai. He was also pronounced fourth in the Slovak Athlete of the Year 1994 poll.

But he also had his downs: he got drunk with friends in his hometown of Hnúšťa, thus missing the bus for the Amman World Championship. As a young recruit, he wanted to emigrate from communist Czechoslovakia, and served a sentence in prison. At the heyday of his career, he refused a doping test and got a 5-year ban on competing, but later they moderated it to three years. He drunk, lost his flat and made debts. He even lived with his wife and four children in a shanty four by four metres, built on his own in a Roma settlement. He worked as lumberjack or construction worker.

In 2006, he ran for the Hnutie za Demokraciu (Movement for Democracy) party and was on its slate. Today, he lives in a block of flats in Hnúšťa, has a part-time job as security guard, earning about €500 from a local businessman.

Since beginning January 2015, Cibuľa has contacted his trainer and made him prepare the bodybuilder for his comeback after four year’s break. He has been training in local gym, three days of hard training interspersed with one day break. 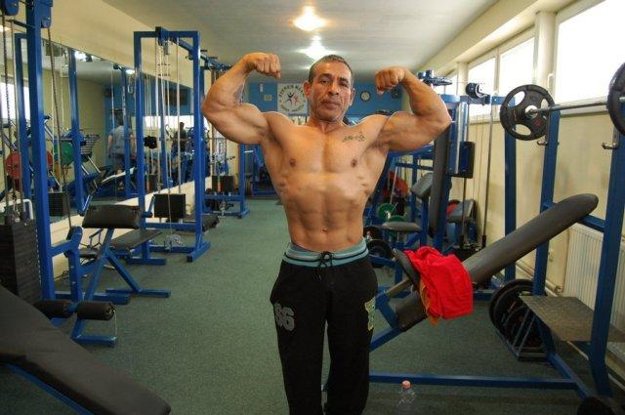 “By the end of February, we were at a meeting in Košice, where 30 bodybuilders were invited,” Ďubek says. “Adam was selected among the ten best.” They will participate in the 9th Slovak championship in Dubnica nad Váhom in May. If they succeed, Cibuľa will go to European Championship do Spanish Santa Sussana. “If I do well at the European championship, I want to go to the world championship,” the Roma athlete says, as quoted by Sme.

His trainer thinks it would be an insult for the still well-formed bodybuilder with excellent muscles and skin if he had to compete in the veteran class. Cibuľa wants to challenge young bodybuilders at the European competition.