CHARGES relating to the abuse of a close person against ex-lawmaker Vladimír Jánoš have sparked a debate about new legislation on domestic violence, as experts cite gaps in the existing law. 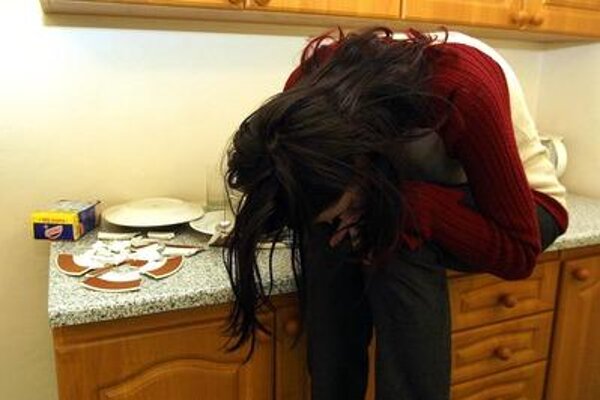 “There are some rules which are not complete,” Sylvia Gancárová, a lawyer with Slniečko, a centre for abused women, told The Slovak Spectator. “On first sight they seem to provide protection for the victims, but in real life they are ineffective.”

Jánoš, who is also former vice-chairman of the parliamentary human rights committee, resigned as a member of parliament for the ruling Smer party on March 4.

That came in the wake of a scandal involving transcriptions of audio recordings published on the internet on March 3 in which he appears to verbally abuse his wife and issue threats. He also resigned as Smer party district chief in Prievidza.

Meanwhile, Jánoš announced he has filed a criminal complaint concerning slander and the infringement of the sanctity of intimate verbal expression, claiming that “many allegations, half-truths and untrue claims” have been published in the media about the case. He also said that he has a heavy heart when it comes to his wife, with whom he is in the process of divorce.

Jánoš spent four days in custody before he was released on bail, which was set by the judge at €20,000. The prosecutor appealed against the release but Trenčín Regional Court approved the decision of Prievidza District Court to let him go.

Ivan Katrinec, the lawyer representing Iveta Jánošová, Jánoš’ wife, said he respects the decision of the court, even though he disagrees with it.

General Prosecutor Jaromír Čižnár said he disagrees with the decision. He pointed out that on March 6, police in Prievidza charged two people with interfering in the process of justice in connection with the case. According to unofficial reports, a lawyer and a doctor issued a false medical certificate claiming that Jánoš is not fit to testify before police.

“When someone evades criminal prosecution it is reason to at least consider custody,” Čižnár said in an interview with the Sme daily.

Commenting on the verdict, Katrinec pointed out that Jánoš faced domestic violence allegations as far back as 10 years ago. In May 2005, his wife Iveta filed a complaint with Prievidza police, but the next day she came to amend her complaint, and claimed that she had fabricated the whole attack.

“My husband forced me to tell police that I fabricated it after an hour of persuasion and threatening,” Jánošová told Sme. “I had to recant my testimony.”

As victims of domestic violence often recant their testimonies because of fear of or threats from abusers with whom they share a home, the government adopted legislation making it impossible to do so in 2002, according to the daily.

The prosecutor should, in this case, have launched a criminal prosecution for false testimony, Čižnár said. Further investigation would show why Jánoš’ wife truly recalled her testimony.

“This did not happen,” Čižnár told Sme. “The question is whether the silence was beneficiary for someone, because I don’t see any other reason.”

There is a way for police officers to avoid their duty to deal with such cases. The abused woman files a criminal complaint but later amends testimony instead of recalling it and she does it in a way that the whole testimony will be negated, according to Jozef Šotkovský, the lawyer cooperating with Slovak Women Alliance.

Another option is to derogate the whole situation. For example, to say that contrary to original testimony the abuser hit victim with an open palm to the shoulder, not with fist to the face. Police therefore deal with it as misdemeanour, not as criminal act.

Police are authorised to investigate even such complaints, especially when it appears a woman changed her testimony under duress, but many officers do not do so as it is more convenient for them to do nothing, according to Šotkovský.

“Police officers just shelve the criminal complaint and do nothing further in the case,” Šotkovský told The Slovak Spectator. “Then it will be forgotten.”

Expelled from the house

To fight domestic violence, police propose to extend the power of police officers to to expel alleged abusers from their households from the current two days to a new limit of ten days, Police Presidium spokesman Michal Slivka told The Slovak Spectator.

“Two days are too short a time for abused person to decide what to do,” Gancárová said. “A woman has to decide if she wants to divorce or sue her partner and those decisions are not easy for a woman who is psychologically and economically dependent on a man.”

Police registered 312 expulsions in 2014, Sme wrote, which is too low a number, according to Čižnár.

When police officers come to the crime scene, the violent attack is usually over and neighbours pretend that they did not notice anything, Šotkovský said.

Gancárová, who in the past was a police officer dealing with abused women, added that officers do not use this power as they are often frustrated by the poor results of their efforts. There are no intervention teams in Slovakia to provide legal and psychological help for victims, so they are passive and abusers return to their homes after 48 hours as if nothing had happened, she said.

There is, however, another loophole in legislation which complicates the means an abused person can be protected from a violent partner. As in the Jánoš case, a court decides whether an alleged abuser should be imprisoned and how the alleged victim should be protected during a criminal prosecution. It may issue a ban preventing the accused from coming close to the house of their accuser. However, the victims do not receive an official document saying this, because they are not participants in the proceeding, according to Gancárová.

“Even when the abuser has some restriction, such as a ban on returning to their home, the victim does not know about it because the court does not deliver its decision to them,” Gancárová said.

The Ministry of Labour, Social Affairs and Family is preparing a draft law on domestic violence which should be finished by the autumn.

“It’s too early to comment on particular measures… but there is a need to focus on situations where there are repeated misdemeanours in one household,” Labour Ministry spokesman Michal Stuška told The Slovak Spectator.

Meanwhile Slovakia adopted several measures to improve the situation: it trained specialists for these types of crimes, improved training of regular police officers and launched a hotline for abused people on March 1, Čižnár said.

Slovak legislation is not bad in itself, but the rules are overseen by incompetent or poorly trained people, Gancárová said. Police officers, prosecutors and judges often downplay the seriousness of such cases, which could stem from the fact that some of them witnessed domestic violence as children and consider violence as to some extent normal, she suggested.