IF PARLIAMENTARY election took place in March, the Smer party would wn on 37.7 percent, while the opposition Sieť would place second, according to a Polis Slovakia poll. 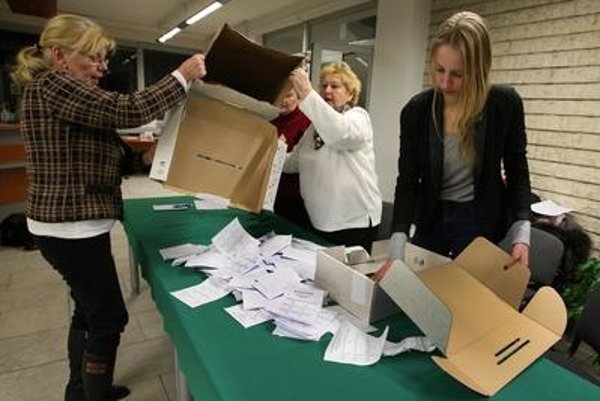 Sieť would garner 9.3 percent of the vote, followed by Ordinary People and Independent Personalities (OĽaNO) at 8.8 percent; with Christian-Democratic Movement and Most-Híd having 8 percent each. The Slovak National Party, now out of parliament, would also get some seats, with its 6.2 percent of votes.

The poll was conducted by phone for the SITA newswire between March 17 and 23 on 1,448 respondents older than 18.

Other parties would garner less than the necessary 5 percent necessary to reach parliament: the Party of Hungarian Community (SMK) would be elected by 4.7 percent; Freedom and Solidarity (SaS) by 3.8 percent; NOVA 2.8 percent; Slovak Democratic and Christian Union-SDKÚ by 2.2 percent; Slovak Communist Party (KSS) by 2.1 percent; People’s Party-Our Slovakia (ĽS-NS) by 1.5 percent – the same number as for the new Skok party.

Voter turnout would be 59 percent, according to the poll, while 27 percent of those polled were not able to tell whom to vote and 14 percent would not go to the ballot boxes. The results would translate into 73 MPs for Smer, Sieť 18, OĽaNO 17; KDH and Most-Híd 15 chairs each; and SNS 12 seats.