WRITER and journalist Kornel Földvári died of a heart attack on March 26 at the age of 83. Between 1990 and 1992 he was state secretary at the Culture Ministry. 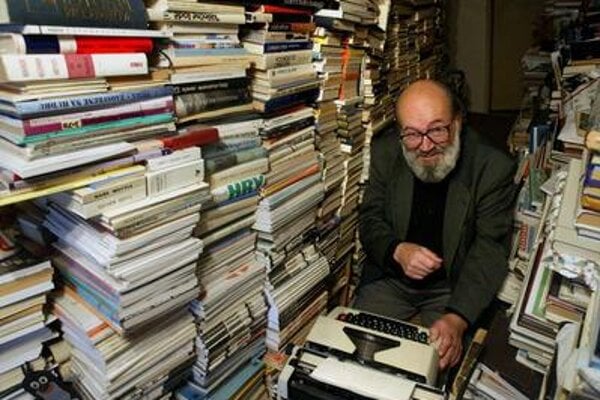 “He never took things as banalities, but that did nor prevent him from joking about them,” Bagala told the TASR newswire, adding that he would miss Földvári but would always smile when thinking of him and his humour.

Földvári was a writer (during communism he had to write under a pen name), journalist – mostly in Kultúrny život magazine, translator of German literature, head and dramatic advisor of the Divadlo na Korze theatre until it was forcibly closed by communists, and later the dramatic advisor of the  Štúdio L+S theatre in Bratislava, the SITA newswire wrote.

He wrote reviews and studies on the humour and satire of the comic duo Lasica-Satinský and collaborated with television and radio stations. In 2006, he got the Dominik Tatarka Prize for his book O karikatúre / On Caricature (2006). His most recent book Svet pre dvoch či…až pod čiernu zem appeared in 2014.