4 things to know when drinking in Slovakia

Alcohol plays a significant role in the culture of Slovakia, from wine sampling in private cellars to knocking back shots on the morning after a wedding. Some of the local drinking customs, however, could leave you staggering, as some of my non-Slovak guests have discovered. 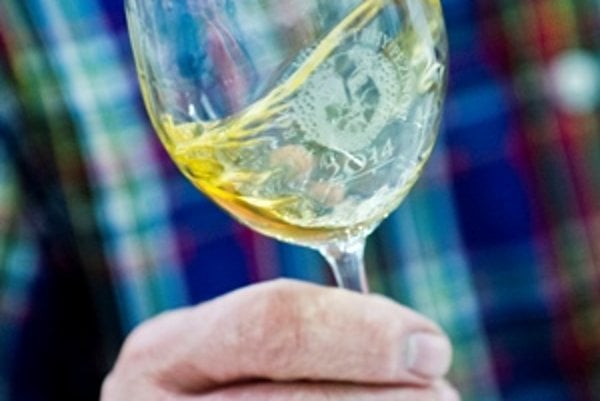 1. Before you drink, make a toast

Clinking glasses isn’t just a nice thing to do, waiting for the host to finish pouring drinks is a way of being polite. Slovaks are so used to toasting ‘na zdravie’ (to your health) that if someone starts drinking early it’s rather awkward. It’s like digging into a meal and then realizing that everybody else is waiting to say grace. As you clink glasses, look your fellow toaster in the eye. This doesn’t have to be done for every drink, just for the first drink or if a newcomer joins.

2. Only alcoholics pour their own drinks

If you can’t wait for somebody else to pour your drink, you must be an alcoholic but it’s ok to ask somebody else to serve you. Some people consider this old fashioned and would help themselves, depending on the circumstances. At a large party, it might be acceptable to help yourself, but as a guest in somebody’s home it would certainly be a faux pas, and probably cause the host to feel embarrassed that they weren’t doing their job.

Slovaks are big on hospitality and would consider themselves deficient in generosity if they didn’t pour with abandon. Even if you say you don’t want any more food or drink, they will serve you more anyway. I’ll never forget one of the first celebrations I was at in Slovakia. As a member of the host family I was asked to make the rounds and offer more wine to the guests. If people said they didn’t want any, I moved on. When my Slovak husband returned, he asked if I hadn’t offered them more wine because some of the glasses were empty..

“So what!” he exclaimed, “give them some anyway, they are just being polite.”

If you really mean that you don’t want any more to drink, place a napkin over your cup or cover the cup with your hand when somebody tries to offer you more, and insist that you are done.

4. Unless you are driving

If you are driving, however, there is no pressure at all to drink. There is zero blood alcohol tolerance when driving, with immediate revocation of your driver’s license if caught with alcohol in your blood. Slovaks don’t chance it. When a couple goes out, one drinks and the other drives. Just say you are driving, and you will be offered mineralka instead, without comment. This attitude is so prevalent in Slovakia that, on my last visit back to Canada, I had reverse culture shock at the laxity towards alcohol and driving.

Naomi blogs about life in Slovakia at Almost Bananas.