3bn Slovak crowns still out there

BY THE end of last year, 19 million banknotes and about 933,000 commemorative coins of the old Slovak currency, crowns, were still unaccounted for. 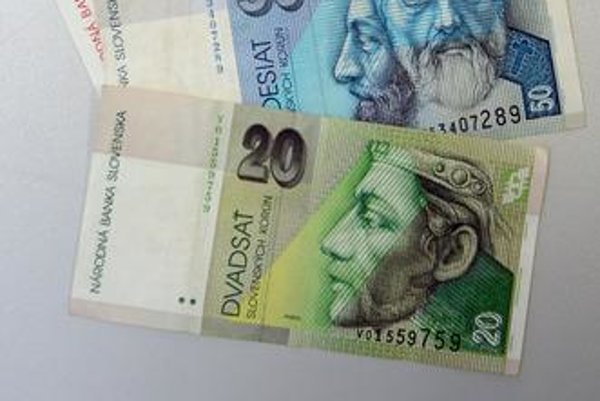 The value of as-yet unreturned Slovak banknotes and commemorative coins amounts to about 3.01 billion Slovak crowns, worth almost €100 million, the Annual Report of the National Bank of Slovakia (NBS) for 2014 stated. Most of the cash that had not been returned by the end of 2014 was in the form of 20-crown banknotes – 10.1 million were still outstanding.

“The value of the remaining Slovak banknotes and commemorative coins in circulation is only about 2 percent of the total value of money issued,” NBS informed the TASR newswire. Each Slovak has kept banknotes worth 426 crowns and coins worth 129 crowns, on average.

Slovakia adopted the euro on January 1, 2009, after the European Council approved the country’s eurozone accession on July 8, 2008. Old banknotes can always be exchanged for euros at the NBS.