Statue and Object project turns 20, expanding in the process

THE PROJECT Statue and Object which annually brings artworks to the interiors and exteriors of Bratislava has not only survived for 20 years – but seems to be thriving and expanding. 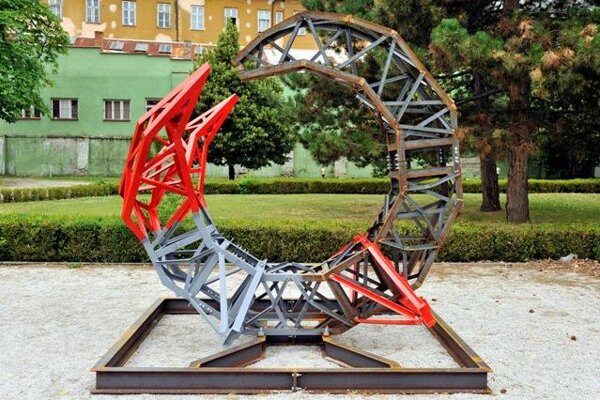 The year 2015 is a record one in both the number of artists exhibiting (more than 120 from 10 countries, including overseas) but also in the number of galleries involved and artists present at the opening.

“The idea of such presentations was born in 1996 when Bratislava, especially its central part, started to change its face, organiser and Slovak artist Viktor Hulík informed in a press release. “A greyish, unpleasant environment marked by a period of devastation and disinterest of communist leaders [of the former regime], has changed into an attractive city luring with its unique atmosphere ever more foreign and domestic visitors. Maybe one could boast that it was art which contributed to this change – not least the Statue and Object exhibition.”

At the last opening, Hulík said, however, that this really huge year might be the last – as it has been ever more demanding to put together all of the finances, artists, galleries, and the necessary support of state, city and artistic institutions. He also added that the atmosphere in Slovakia is rather inclined to “light”, tabloid art and culture than to serious “haute art” that has to struggle for survival which makes visitors and audiences think, feel and contemplate.

The project has changed in the two decades, as well, moving more inside from originally rather outdoor venues. Hulík explained this is caused by vandalism which forced them to withdraw to a single open space which is, however, also closed at dusk.

As the numbers are so impressive, the marathon of consecutive openings of all the exhibitions lasted for two days, June 25 and 26. The exhibitions will last mostly for almost two months, until the end of August.

The only open space offering statues this year is the Grassalkovich Garden near the eponymous palace (called also Presidential, due to its function). The galleries that house exhibitions within the SaO event are bigger ones (Bratislava City Gallery, Nedbalka, Umelka, but also some smaller private ones – including the space in the University Library – Galéria Z, Statua, K.Gallery, Roman Fecik Gallery, Museum of Milan Dobeš, as well as culture institutes of Austria, Bulgaria and Poland. 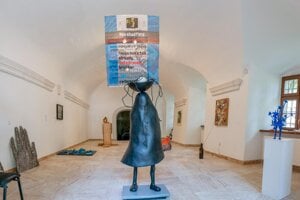 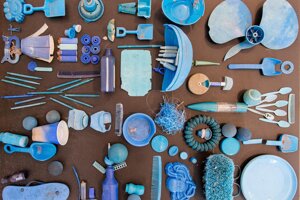 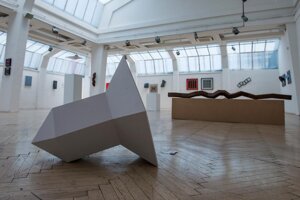 The countries artists hail from include Slovakia, Bulgaria, the Czech Republic, the Netherlands, Hungary, Germany, Poland, Austria, Italy and the USA.

The genres, techniques and styles are manifold, too, from “classical” monumental statues, through objects, reliefs, installations to glass – which is exhibited for the first time. In Nedbalka, in the downtown capital, there is a collective exhibition of Slovak artists – and not just glassmakers, as also paintings, drawings and photographs are exhibited – all made with the use of glass.

It is impossible to name all artists, artworks and all details; more detailed information can be found at the organising gallery’s website, www.galeria-z.sk