Bunker from WWI at Kamzík open

A BUNKER from WWI at Bratislava’s Kamzík is once again accessible. 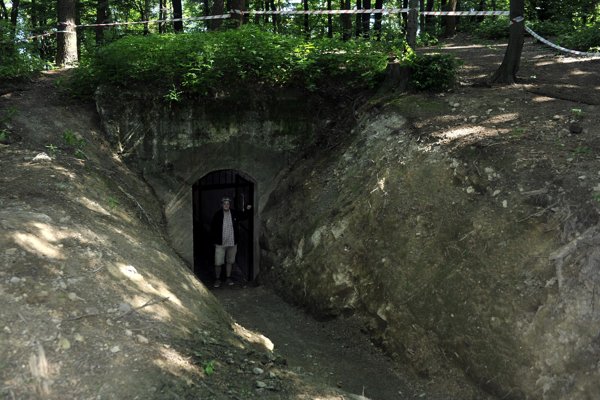 One of entrances into the WWI bunker. (Source: SITA)
Font size:A-|A+0 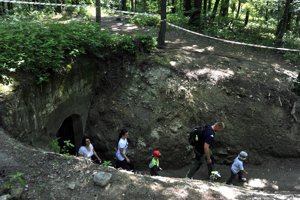 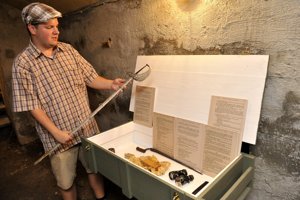 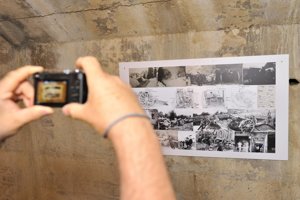 In the revitalised bunker visitors can see an exhibition of period military artefacts from WWI including a map of fortifications of Bratislava from that time as well as period photos, while listening to an explanation of the site by members of the civic association Bunkre which initiated the revitalisation.

The main revitalisation works started in mid March and lasted until early July. Before that the bunker was actually inaccessible, its inner space was damaged and polluted.

“There is still a lot of work in front on us,” said Martin Vlačiky, councillor of Bratislava‘s Nové Mesto borough as cited by the SITA newswire, adding that slopes close to the entrances still need to be fixed, while the most demanding work was done by an excavator. Also installation of iron grill doors into three entrances and metal steps between two storeys of the bunker were demanding.

The Bunkre civil association has already revitalised and opened one cavern for the public, but a smaller one, in Bratislava’s Dúbravka borough.

There is very little information about the bunker at Kamzík. It was built between 1914 and 1915, but it was not used during fights and it was filled in after the war, according to Bunkre.

The revitalisation of the bunker at Kamzík is one of the projects which has won the support of citizens of Nové Mesto borough and to which the municipality allocated money. The project received €4,986 from Nové Mesto’s budget and sponsors contributed an additional €2,000.

The bunker is open every Saturday from 9:00 until 15:00 or any time based upon agreement with the Bunkre association.