IGOR Matovič, the leader of Ordinary People and Independent Personalities (OĽaNO) has offered the non-parliamentary Sieť party an interest-free loan worth €3 million for its campaign ahead of the spring 2016 general election, but not without a condition, the TASR newswire learnt on February 14. 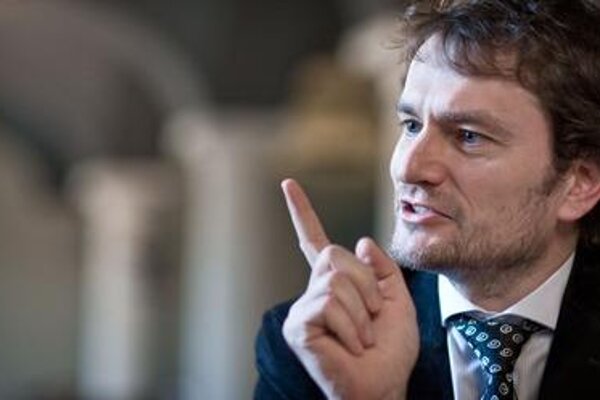 Speaking at a press conference in Bratislava, Matovič said that in exchange he wants Sieť to publish every order and invoice billed both to the party and its chairman Radoslav Procházka  for the party campaign so that people can observe its funding.

“I’d rather pay for the campaign of a competitor party than watch as it gets entangled in the tentacles of oligarchs and financial groups,” said Matovič, as quoted by the TASR, adding that Sieť has forked out approximately €2 million off the books for its promotion, including during Procházka’s presidential campaign last year.

Matovič added that he is aware of Sieť’s talks with what he called a well-known financial group concerning a new loan to the tune of €2 million for which the group is supposed to provide an indirect guarantee.

Sieť spokeswoman Karolina Ducka told the press that party will not accept the offer.

“Sieť is funded through a bank loan and membership contributions, which gives us the highest degree of freedom in pursuing our vision of a simple and reliable state,” Ducka said, as quoted by the TASR. “We’re currently finalising negotiations for another loan to an amount of around €1 million. You’ll be informed about this after the contract is signed; that is, by the [2016] election.”

He added that this will also be the final Sieť’s response to any ideas of MP Matovič.

OĽaNO and Sieť clashed over their funding for several times. The last time it was on news-only private channel TA3 at the beginning of July. Speaking on a TA3 discussion show, Matovič accused his fellow guest and Sieť party vice-chairman Andrej Hrnčiar of vileness after Hrnčiar dropped a remark concerning OĽaNO’s use of state funds granted for votes won by the party in the last general election. 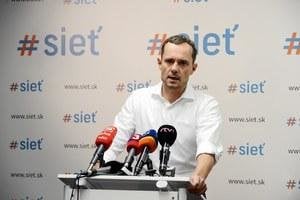 The quarrel erupted after Matovič indicated that a loan of €700,000 that Sieť has taken out could never be enough to pay for “1,500 billboards, dozens of megaboards, top-notch rental spaces and a large number of collaborators”.

Hrnčiar reasoned that Sieť’s activities are funded from several sources, including membership fees, sponsorship and gifts. The party is also in talks on increasing the sum of the loan, he said.

“Everything is transparent, supported by documents and will be presented in an annual report,” said Hrnčiar, as quoted by the TASR.

Hrnčiar then seized on Matovič’s statement that OĽaNO is only funded from the state money gained from its election result.

“It would be good to make clear just how many percent of the money you ‘launder’ through your family business,” said Hrnčiar, as quoted by the TASR. “Obviously, it’s good business for you, which has also been attested to by the MPs who’ve left your caucus.”

Matovič, whose family publishes a regional newspaper, retaliated by saying that Hrnčiar should be ashamed of himself for such vile comments.

“I know you’re an actor and you’ll put on a show for whatever your script says, but this is just vile,” he said, as quoted by the TASR, adding that his family’s periodical provides space to OĽaNO virtually for free.