TOURISM in Slovakia is not developing in a good direction according to Belgian Gerdi Vanfleteren who opened his Sojka hotel in Liptov region in 2004. 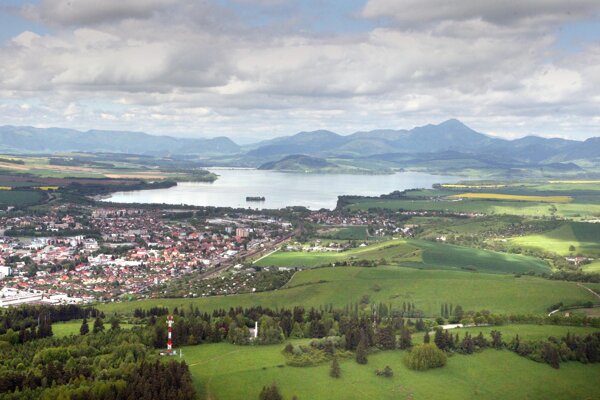 The Sojka hotel is located in the Liptov region of northern Slovakia. (Source: SME)
Font size:A-|A+6

Despite the negatives, he is trying to persuade people from Belgium, the Netherlands and Luxembourg to come and discover the beauties of Slovakia, including by offering his own unique beer.

Vanfleteren came to Slovakia as manager of a foreign bank. In 2003 he moved to Liptov where he opened a family hotel. He chose this location as there is nearly everything a tourist is searching for in one region: possibilities for summer and winter tourism, mountains, water and history. Moreover, there are also other interesting regions surrounding Liptov, he recalled for The Slovak Spectator.

Though most of their guests are Slovaks, about 30 percent of the guests come from the Benelux countries, particularly Belgium. There are also some guests coming from the neighbouring countries or the Baltic states, he said. In the beginning it was hard for him to convince tourists coming from the Benelux region that Slovakia is a modern country with a lot of possibilities for visitors.

When asked about the differences between Belgian and Slovak tourists, one of Vanfleteren’s employees said that while the former are more interested in getting to know the country, history, or nature, the latter are more interested in leisure. Moreover, while Belgian customers keep more to themselves or speak with each other rather than complaining, Slovak customers expect a lot more for the money they spend. Belgian customers prefer longer stays and Slovaks shorter.

The Sojka hotel is known for beer tasting, which Vanfleteren launched to distinguish it from other hotels in Liptov.

Along with Belgian beers he also offers one special beer: Vlaamse Gaai (Sojka beer) that is brewed in Flanders.

Vanfleteren recalls that the beginnings of brewing it were not easy.

“When I started Sojka beer, that was not possible yet in Slovakia,” said Vanfleteren, adding that since then the situation has changed and now several Slovak micro-breweries brew their own beers.

But Vanfleteren points out that these now have all similar production processes, similar taste and for the local market they already are obtainable everywhere.

Vanfleteren calls the business environment in Slovakia unfriendly, criticising the falling prices for accommodation but increased costs, taxes and fines. Moreover, he says there is no good flight connection to Liptov and points to insufficient activities by the Slovak Tourist Board in the Benelux countries.

“Slovakia is not known at all as a holiday destination, hardly even as a country,” said Vanfleteren. Despite actual economic situation and lack of interest of the government in tourism, Vanfleteren would like to expand and improve the offer.