Entering the world of world music

YOU MAY not know it but Slovakia has a thriving world and ethno music scene, and even some foreign experts in the field have little idea about all the happenings here. If the World Music from Slovakia project has anything to say about it, this will soon change. 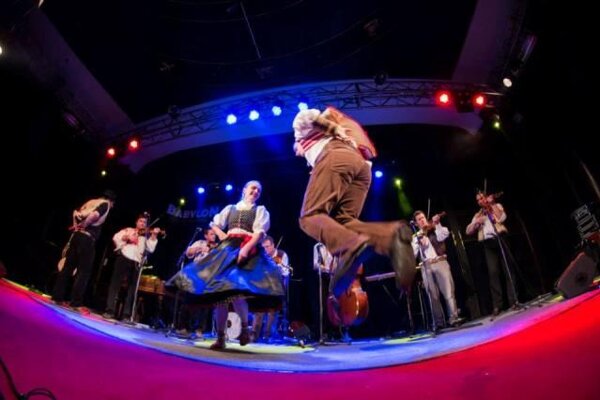 “The first impulse was my visit to the WOMEX fair of world music,” Jarka Vlčková of the Amity civic association, organising the project, told The Slovak Spectator. “I found out how huge this community it is – not just a matter of several fans, like in Slovakia. It is also enormous business.”

Another key member of the world music scene, Vladimír Potančok, aka DJ Potkan, drew similar lessons. After the WOMEX fair he realised that while many neighbouring countries had kiosks, music agents, or even performing bands, there was no trace of Slovakia, he said.

Eventually a meeting comprised of Vlčková, Shina and Dano Salontay of Slnko records publisher, and Michal Kaščák, organiser of the famous Pohoda music festival led to cooperation the Culture Ministry, Slovak Radio, the Music Centre, the SOZA agency representing authors and their copyright, and even publishing a selection of local bands which could be presented at WOMEX 2015 in October in Budapest.

“As first, I addressed musicians, and after a positive response, the idea to create a platform came,” Vlčková said. 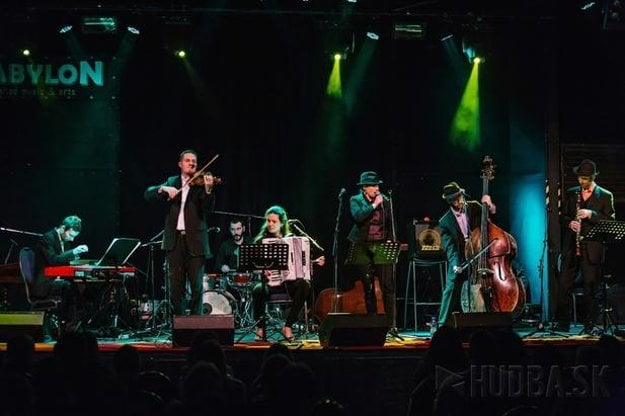 “This was a so-called showcase festival meant not only for the public, but also for music experts who attended a conference in Bratislava,” Vlčková said.

The next concert was in May, involving the PaCoRa Trio, SĽUK, Balkansambel and the Folk & Bass Orchestra.

“This concert tried to fill in the missing gaps on the list of potential performers,” Potančok said. “It has been hard to select bands for the project, as there are lot of experienced and time-tested bands, but new ones keep appearing all the time.” 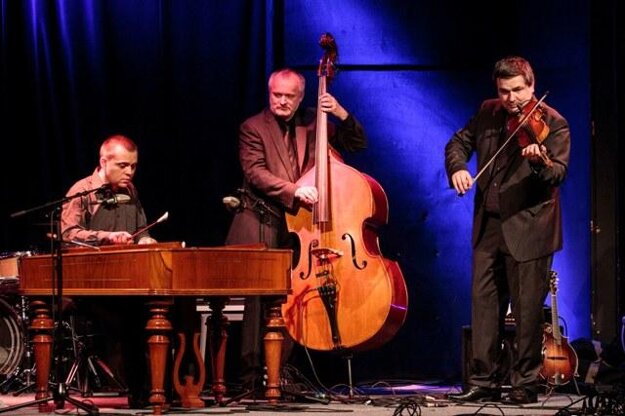 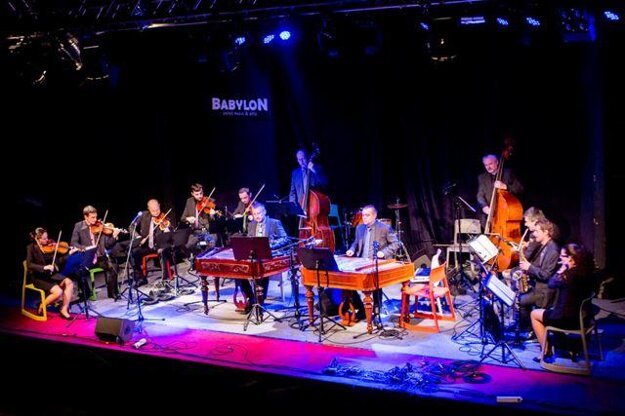 Vlčková said the next goal is to bring more foreign professionals to Slovakia to inspire local “insiders” and instruct them on how to promote domestic performers.

The whole project is now focused on the October WOMEX fair and festival where Slovakia “will have a kiosk at a good location, on the Central-European Corner – close to the organiser and the V4 countries,” Vlčková said.

Potančok  cited the Music Centre, SĽUK  folklore ensemble, Slnko Records, WOMUSK [i.e. World Music from Slovakia project] and other as co-organisers of the Slovak stand there that will contain selection of Slovak musical works, videos, promo materials, and serve as a meeting point for Slovak promoters and publishers.

“As Budapest is almost around the corner, this will be an excellent opportunity to make Slovakia visible – or, as we used to say, improve the image of Slovakia the world of world music,” he said.

Talking about plans for the future, Vlčková named the forming a commission that would develop this genre further; and also organising an international festival of world music to take place in Bratislava – “maybe transformed from the percussion festival World of the Drums, Drums of the World”. She concluded that she would also like to initiate a “World Music Award” competition in Slovakia.

“It sounds paradoxical but although we have been assuring ourselves here how unique Slovak folklore is, only few people abroad know about it,” Potančok said. “Thanks to such presentation of our world music the scene t has grown a great deal. People outside Slovakia’s borders can finally learn not only that we are unique and interesting, but the way we fit into the overall mosaic of cultural relations, contacts and contexts in this part of Europe.”