BROSE, a German producer of car components, laid the foundation stone of a future production plant in Prievidza in Trenčín region on October 1, the TASR newswire learnt on the same day. 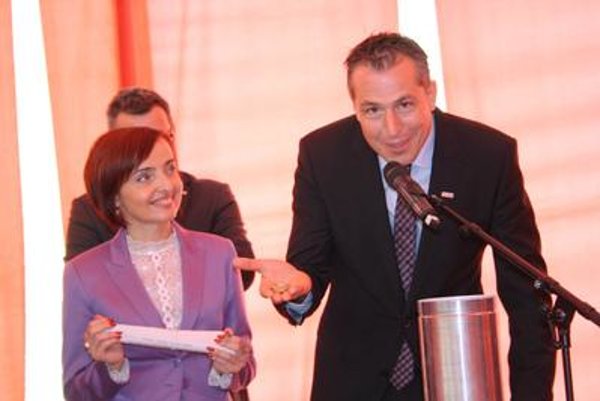 Brose, currently active in 23 countries with a total of 24,000 employees, produces components for more than 80 car brands. The company wants to invest €50 million to what is viewed as a strategic investment, which is expected to create 600 new jobs within three years, while eventually the number of new jobs should reach as many as 3,000. Production is set to be launched in 2017, with the investor eventually planning to cover most of the industrial park area in Prievidza.

Construction work is due to start next month, with equipment set to be delivered in June next year, while production should commence in early 2017, according to Axel Mallener, director of Brose’s current Bratislava plant and of the future Prievidza plant.

“A strategic investor is coming here after decades. It has already bought plots of land, which is a big difference – frequently investors come just to lease a building for a certain period,” Prievidza Mayor Katarína Macháčková said, as quoted by TASR. “The fact that Brose has decided to buy such a large area is evidence that its interest is serious and strategic.”

The mayor noted that the arrival of the new investor has resulted in other companies also being interested in buying plots in the industrial park.

“A significant part of the plots have already been bought, and it's really clear that the region is going to develop,” said Macháčková, as quoted by TASR, adding that this mainly concerns Brose's suppliers.

Meanwhile, the state is considering whether to provide investment stimuli to the new investor.

“We’re in close talks with Brose; it's applied for investment assistance and the question now is about its volume,” said Economy Ministry State Secretary Miroslav Obert. “At the same time it needs to be noted that Brose has been active here since 2001 and it hasn't requested state support for its investments before.”