Public funds for retraining workers leads to a job  in one-third of cases. 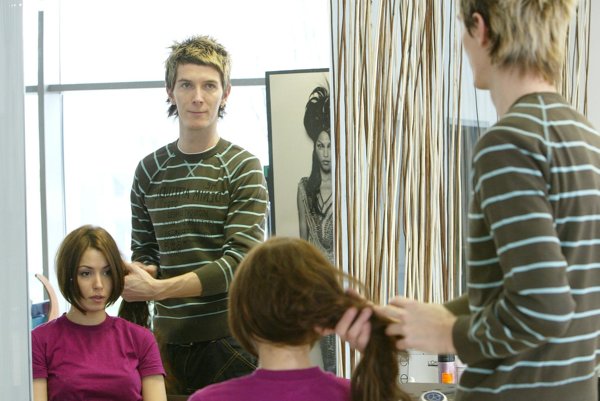 THE SLOVAK labour market is full of paradoxes, one of which is the inability of employers to find – on the labour market with the jobless rate exceeding 11 percent – qualified workers. This is a result of a gap between the skills that are sought after and actually available, and can be partially addressed by better access to re-qualification courses.

The Slovak government has allocated €5 million for re-qualification courses available to unemployed people as part of the RE-PAS project.

“The employment office covers 100 percent of the costs of re-qualification,” said Veronika Černá from the office of the general manager at RE-PAS, though the funds do not cover travel expenses, accommodation and food.

The European Union has launched similar programmes and in 2013 Brussels created the Young Guarantee programme, which compels all member states to offer all people below 25 a quality job, education or training and apprenticeship options. It refers to the experience from Austria and Finland that proves that it is worth investing into the young people. In Finland, more than 83 percent of the participants found employment, an apprenticeship or continued in their education.

Several programmes have launched in recent years that help people find re-qualification courses and also cover some of the costs.

“A significant advantage is the fact that you do not have to cover the costs of the course itself,” said Lenka Dutková from the VaV Akademy company organising certified re-qualification courses. “The employability depends on the type of the course and also on the initiative of the applicant.”

Sometimes applicants need to meet additional conditions, for example an employment licence or other paperwork.

“However, the conditions and the level of financial contribution might differ amongst the regions and cities,” Dutková said.

Since the launch of the RE-PAS programme in October 2014, some 15,262 people have applied with the highest numbers recorded in Prešov, Košice and Trebišov. The number of signed contracts was 12,538 at the total sum spent surpassed €5 million.

“RE-PAS also enables the candidates to choose the provider of re-qualification, according to their preferences, the education helps towards better skill match at the labour market, improves access to education and to better employment,” said Černá.

It all contributes to overcoming the social differences caused by unemployment.

Jana Mesárová, chief operation officer and vice chairwoman of the board at McRoy Slovakia said the main benefit is improved employability.

While many people seek re-qualification in order to start their own business, the VaV company offers mainly accredited courses for nursing careers and accountants.

“The graduate obtains full qualification in the field and is properly prepared for practice,” Dutková said.

For those pursuing full time employment, “there are enough options for re-qualification but they often lack quality,” said Mesárová. “In the past, there were for example many courses for hairdressers or massage therapists although there is not large demand for these professions.”

According to the Centre of Labour, Social Affairs and Family (UPSVaR), less than one-third of people who took re-qualification courses then(32.63 percent) found placement on the labour market.

“There are problems on part of the providers of re-qualification but also on part of the unemployed,” Mesárová told The Slovak Spectator. “People usually enter re-qualification courses when they want to find work or change their current occupation. Unfortunately, there are many people who enter courses to no purpose – just in order to show that they are actively seeking employment.”

In general, people have unrealistic expectations. Often, those who underwent re-qualification could have found a job but they are dissatisfied by the terms and conditions.

“In many cases, they would have to commute to work, which most of the Slovak unemployed do not want to do,” Mesárová said.

“We are glad and also sad because the RE-PAS program is nearing its end and its future is still unclear,” said Dutková.