Cemeteries are not usually considered places of beauty. But on November 1 and 2 in Slovakia, graveyards are beautiful - and full of the mystery of the nether world. 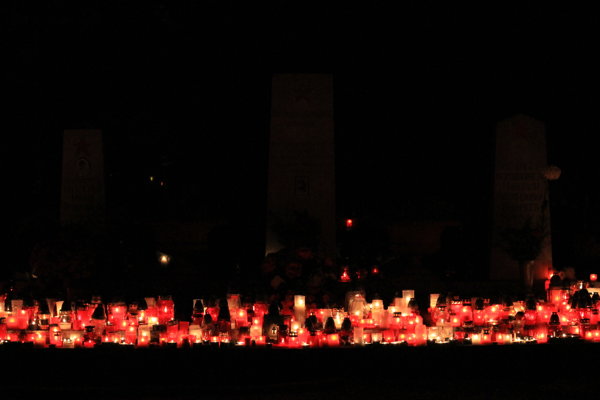 It is surprisingly quiet, with the amount of people milling around. Voices are hushed, and small groups of people move from this grave to that, lighting candles and leaving brightly coloured chrysanthemums.

After dark is the best time to visit. So many candles are lit that the whole cemetery glows a warm orange. Candles of cheap wax flicker, partially illuminating crumbling angel statues and names carved in stone. Traveling home in the dark, cemeteries along the road in small towns light up the night.

November 1 and 2 are the days of the dead. In Slovakia, many people still travel to visit family and the graveyard.

It’s one of my favourite Slovak traditions. Partially, I admit, because of the aesthetic. But also, I love that there is a day dedicated to the collective remembrance of the dead. All of us, sooner or later, will be affected by losing someone we love. And by gathering in the graveyard, we are united in our sense of loss. 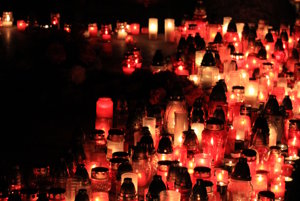 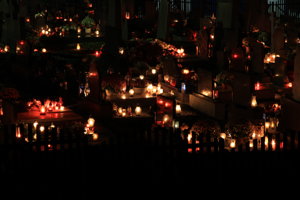 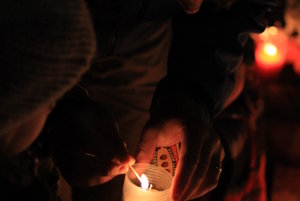 All of us, sooner or later, will die ourselves. Carthusian monks greet each other with the words, “Brother, remember your death.” While it sounds morbid, it’s actually a call to live life to the fullest, to focus on the important things and let the petty worries fall to the wayside.

The feast is also a chance to gently introduce death to children. It’s true that they aren’t focused on the gravity or sadness of death. My kids are excited to light the candles, counting to make sure everyone has had a fair number. But they know death exists, they accept the reality without question (so far).

My parents visited Slovakia at this time one year, and were so taken with the idea that they started their own little tradition in Canada, inviting whoever wanted to to join them. This year, after leaving the cemetery they drove around it a few times. The candles were much more solitary, but still a flame fighting the darkness, a beacon of hope of, if not in the afterlife, at least in the memory of love.