THE RECENT terrorist attacks in Paris that claimed the lives of more than 120 people and injured more than 300 prompted politicians, analysts but also members of the Islamic Foundation to react. 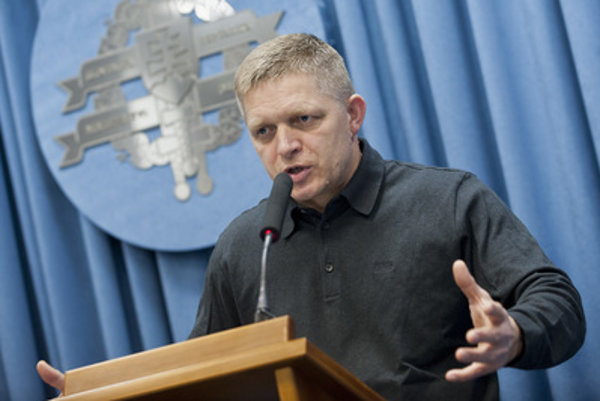 The worst case scenario of vast security threats connected to the migration crisis is becoming a reality, Prime Minister Robert Fico said in an extraordinary debate on Markíza TV channel on November 15. The unscheduled discussion was organised in the wake of the Paris attacks. He said that two out of eight assassins that perpetrated attacks in Paris were immigrants and came to Europe by way of the Balkan route.

“It’s a confirmation of huge security threats connected to migration,” Fico said, adding that there is some discussion about French intelligence services asking all European countries for help in the identification of other initiators via fingerprints, which implies that these migrants have not been registered in France. “We respect that there’s a migration crisis but Slovak citizens and their security is of higher priority than the rights of migrants,” Fico asserted.

The prime minister also stated his sentiments in the V politike / In Politics political talk show of private news-only TA3 TV channel. It is essential to realise that migration always comes with security threats. “We monitor every single Muslim in Slovakia,” Fico stressed. “In the majority of cases they’re here legally. We communicate with all persons that might shed some light on essential information. We communicate with intelligence services from all around the world.”

Thanks to measures that have been taken, Slovakia is calm “but the relative risk is still very high” he said, adding that the flow of migration to Europe might very easily carry people capable of perpetrating heinous terrorist crimes which should not be underestimated.

“We’re also ready to build barriers and fences around our territory if it proves to be of essence,” the prime minister said. “Special forces are ready to engage with illegal migrants. Such a migrant will be arrested and sent away from Slovakia. In case of him perpetrating any crime, he will be punished as well.” He added that asylum seekers in the centre in Gabčíkovo in Trnava region are being monitored as well, although they are technically not our migrants but Austrian.

Fico continues rejecting mandatory quotas on redistribution of migrants. He also reminded that as of July 1, when Slovakia will preside over the Council of the European Union, stricter security measures would have to be approved.

Not even Marine Le Penn would say that the attacks could be associated with the refugee crisis, French reporter of the leftist daily Liberation Anne Dastakian said in an interview for Sme, referring to the chairwoman of the ultra-right French party National Front. Surely, the refugee crisis is only a result of what is happening in Syria, and not the reason – which is apparent, she opined. She also pointed out that the current refugee crisis and wider phenomenon of immigration are two different issues. The fact that terrorists could use the refugee crisis does not mean that all refugees are terrorists. The problem is that these people (terrorists) are mostly French, probably born in France to Muslim immigrants.

Slovak security analysts Marián Majer and Jaroslav Naď said for Sme that such insensitive and premature associating of terrorists with refugees may lead to radicalisation of inhabitants which may result in attacks on migrant detention camps. Naď points to different reactions of Fico and French President Francois Hollande. The Slovak PM instantly associated the recent attack with migration, while Hollande spoke particularly about radicalisation of Muslims who have been French citizens for long. Naď says that the premier’s words that Slovak citizens’ security must be put above migrants’ rights are hypocritical since Fico’s government has cut security and defence expenses considerably over the past eight years. Analysts agree with Fico only in that the risk of terrorist attacks in Slovakia is low. But it is not his government’s merit as it is logical that terrorists attack where they garner the most attention, Majer told the daily.

The Islamic foundation in Slovakia has resolutely condemned the Paris attacks, adding that they undermine the very fundamental values of Islam. It also expresses condolences to those bereft in connection with the French attacks, on its website. However, the foundation also expressed shock in regard to Fico’s statement that every Muslim in Slovakia is monitored. “Not every radical or ever extremist, but every Muslim,” the website states. “He said that every single Muslim is monitored. He hinted that a part of the citizenry of his state represents a threat – not after a court verdict, nor after a police charge, but based on their faith,” the website suggests, adding that Fico thus busted the myth that Slovakia is a democratic and free country, and after Muslims, other religions may follow to be monitored. Moreover, Muslims may later not just be monitored, but also forced to wear green crescents, inspired by the yellow stars Jews were forced to wear in “the dark period of Slovak history”.

As of November 13, Slovakia has launched more effective monitoring of Muslims, immigration camps as well as right-wing extremism. Fico said that his cabinet is focused on serious preventive measures. Police patrols in Slovakia increased by 250, with between 1,500-1,600 ready for deployment.

Slovakia’s Security Council (BR) has for now made no decision about a rise in the level of danger faced by the country, Prime Minister Robert Fico said after the council interrupted its meeting on November 14. Nevertheless, the Council decided to bolster police presence at cultural and sports events in the days to come. Intelligence units will also be on an increased alert level. Ministries have been instructed to call crisis staff meetings with an eye to ensuring the protection of buildings of strategic importance. The board of directors of the Nuclear and Decommissioning Company (JAVYS) has accepted extraordinary security measures in the wake of the terrorist attacks.