ONLY months before the March 2016 general election, the scenario of a file leaked allegedly from the intelligence service disclosing the links between politicians and businesspeople is repeating. 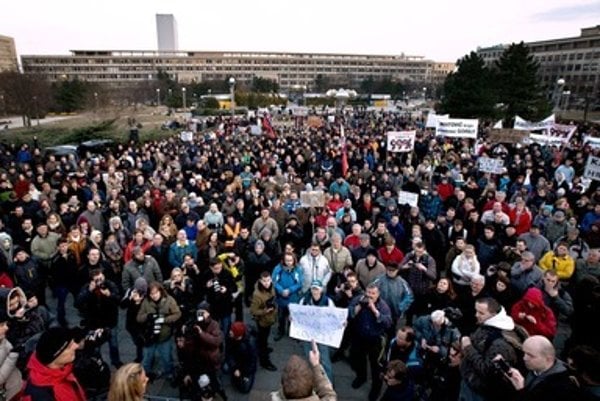 It seems that the recent case also involves the intelligence service.

The police and also the Slovak Information Service (SIS) intelligence agency are inspecting the document.

Four months before the 2012 general election, the Gorilla file appeared on the internet, describing the ties between business tycoons and politicians, and the way privatisation was influenced in 2005 and 2006. This time around, an anonymous person posted online on November 19 the file dubbed “Gorilla Slovakia II”, allegedly containing transcripts of the conversations of Ľubomír Arpáš, former boss of the SIS counter-intelligence department.

In the past, Arpáš had already admitted to cooperation with the Penta financial group, featured in the first Gorilla file. These later conversations allegedly took place between 2007 and 2011.

The origin of the leaked recordings is unclear. It is probable, though, that the transcripts are not from official wiretapping but rather from recordings made by Arpáš himself. This stems from the fact that the conversations took place in public space and also in his home, and it is not probable that the SIS or police would wiretap a former top SIS official, Sme wrote.

The Denník N daily wrote that the recordings may be the ones seized by police during a search at Arpáš’ flat in 2012 when he was suspected of spreading child pornography; the suspicions have never confirmed, however.

It is clear that it was not Arpáš who leaked the document, but rather some of his former cronies after a dispute, security analyst Milan Žitný opined for the Pravda daily.

Meanwhile, both police and the SIS have started analysing the conversations.

“Our intelligence service has begun inspecting a document that was published on November 19 on the internet, and on the basis of the results of its inspection decisions will be made and measures taken,” SIS spokesperson Branislav Zvara told the TASR newswire.

SIS is definitely not responding to or commenting on unconfirmed information that has appeared sporadically on the internet, Zvara added.