Cabinet approves €15 million for Bratislava for the EU presidency

THE GOVERNMENT – at its session on December 16 – approved €15 million for the city of Bratislava to prepare for Slovakia’s presidency of the Council of the European Union in the second half of 2016. 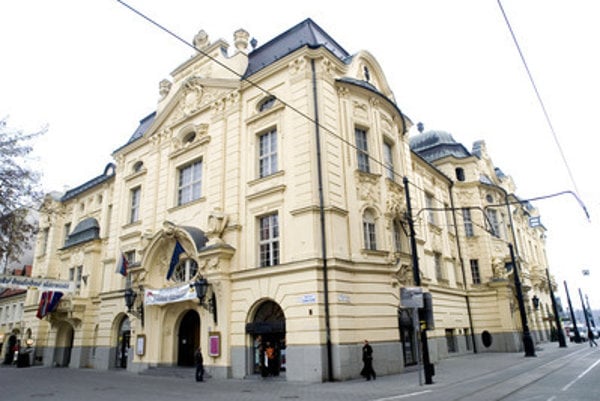 The finances will be channelled from state-run legal entities such as Tipos, the Slovak Guarantee and Development Bank, the Slovak Electricity Transmission Network, the Slovak Consolidation Agency, the Slovak Eximbank, Slovak Post, Transpetrol and gas utility Slovenský Plynárenský Priemysel.

A total of €14 million will be used for projects that come under the remit of Bratislava City Hall and €1 million for projects under the remit of Bratislava’s Old Town borough, the TASR newswire wrote. The money will be invested in reconstructing infrastructure and engineering buildings, revitalising public spaces, reconstructing protected cultural landmarks and buildings, projects aimed at cleanliness and greenery as well as marketing, communications and culture.

The EU Council presidency is connected with the organisation of numerous events at various levels, most of which will take place in the capital, the SITA newswire wrote.

The government also acknowledged the 18-month programme of the presiding Trio, i.e. the three countries which succeed one another in the EU Council, each presiding for six months: the Netherlands, Slovakia and Malta; with Slovakia starting its six months in the second half of 2016. The programme of Trio is based on five pillars – the EU of Employment, Growth and Competitiveness; the EU which boosts the position of all its citizens and protects them; Towards the Energy Union with a promising climatic policy; the EU of freedom, security and justice; and the EU as a strong global actor. The programme of Trio was approved by ministers on December 15 at the General Affairs Council.