Instead of new legislation existing law is amended. 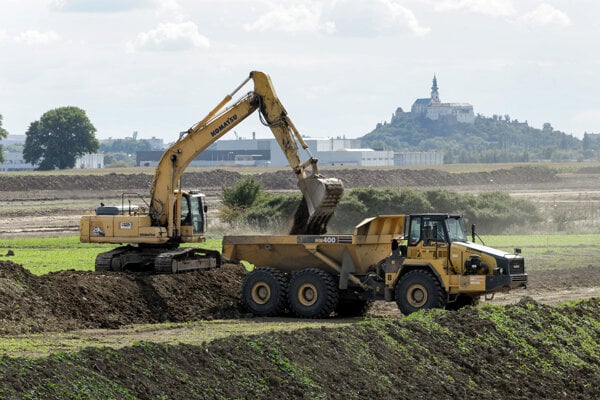 A wider overhaul to Slovakia’s 40-year-old construction law remains on hold, while the parliament has continued adopting partial revisions, the last being passed on September 30 with the goal of easing the potential arrival of carmaker Jaguar Land Rover’s new plant.

Preparation of a brand new construction law has been on the government’s agenda for years, and work on the current version began in 2012. But it now looks like the plan to make it effective as of July 2016, already postponed from 2015, will fail. Minister of Transport, Construction and Regional Development Ján Počiatek withdrew the bill, which would replace a 1976 law, from discussion in parliament on September 22 after criticism from the opposition. The ministry has reiterated that this draft bill represents the greatest possible consensus.

The Urban Development Institute (IUR), a non-profit association representing professionals involved in the area of land development and planning, perceived the withdrawal of the draft bill from the parliament in the given situation as the best and professional solution.

“The withdrawal of the bill has neither a negative nor a positive impact on the construction sector,” Juraj Suchánek, executive director of IUR, told The Slovak Spectator, adding that if the bill is adopted in haste and with hidden mistakes, related negative impacts would occur in practice in a short period of time.

Suchánek warned that it is unimaginable that the draft bill would be radically changed during the discussion in parliament given its scope, complexity and importance of processes it adjusts. During such a course such changes might have been adopted whose impacts may not be thoroughly analysed and which in the end might have had negative impacts on the quality of the law.

“We really appreciate the stance of Minister Počiatek and assess positively also his call and expert cooperation during completing the bill,” Suchánek told The Slovak Spectator. “IUR has been participating in preparation of the draft bill since 2012 and we have been investing not a small effort to improve the draft bill. Also now we are prepared to provide our expertise as well as experiences from practice. We believe that the withdrawal of the bill [from parliament] has created space for making it better in the future.”

While the Construction Ministry has reiterated that it would continue to look for broad support of the new law, yet it is questionable whether it will manage to do this by the next parliamentary elections scheduled for March 2016.

“We will continue to look for solutions in order to find strong support for the law across the whole political spectrum while discussions should be led on an expert level and not on the basis of interests of lobbyist groups,” said Kóňa.

The aim of the revision adopted on September 30 is to make permission processes more effective, and in this way to improve the attractiveness of the business environment in Slovakia, according to the Ministry of Transport, Construction and Regional Development that prepared it.

Thus significant investments should receive permission for construction projects within the shortest possible time period. President Andrej Kiska signed the amendment into law on October 14. The revision will become effective the day it is published in the Collection of Laws “because of urgent general interest”.

The draft revision, which also solved land expropriation, went through the discussion in parliament via a fast-track proceeding aiming at easing the arrival of Jaguar Land Rover (JLR) which looks set to build a new plant near Nitra in western Slovakia and invest hundreds of millions of euros. The cabinet estimates that talks with JLR should be completed by the end of 2015 while works on a so-called strategic park where the investment may land are already underway.

JLR, owned by India’s Tata Group, announced its selection as its preferred location for a new plant on August 11 while it has already signed a letter of intent with the Slovak government for the potential development of the new plant.

Opposition deputies criticised the fast-track proceedings, arguing that there was no reason to hurry. They warned that the revision creates space for speculation with land and that it might be unconstitutional.

The legal think tank Via Iuris called on deputies not to pass the revision due to its significant negative features and argued that it falls outside Slovakia’s larger construction laws. It pointed out that the revision omits the duty to carry out the so-called development permit process in cases of so-called strategic parks. Thus one of the permission processes within which projects are assessed against local master plans are cut out, without being replaced. Via Iuris also fears that the environmental impact assessment will be only formal.